Jeffrey Mezger, CEO of one of the largest homebuilding companies in the nation, had 25 percent of his bonuses cut after he was caught shouting homophobic and sexist profanities at his neighbor, comedian Kathy Griffin.

Mezger was placed on notice under KB Home after an audio recording obtained by HuffPost captured him hollering that Griffin was ‘bald d**e’ and a ‘c**t’ after her boyfriend, Randy Bick, phoned the Los Angeles Police Department to report his grandchildren for being too loud.

The top KB Home executive referred to Griffin as the ‘f*****g bald d**e’ whom President Donald Trump ‘kind of put the heat on’ amid her controversial photo shoot with Tyler Shields, who pictured Griffin holding up a bloody, beheaded mask of Trump.

Griffin, 56, made the decision to shave her head back in July in support of her sister, Joyce, who was battling cancer. Joyce passed away peacefully in hospital last Thursday. 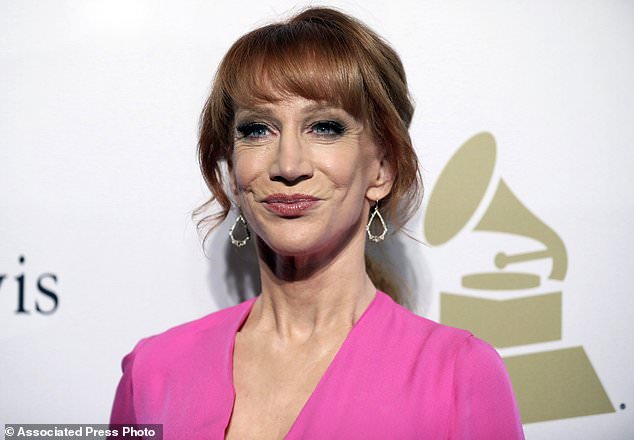 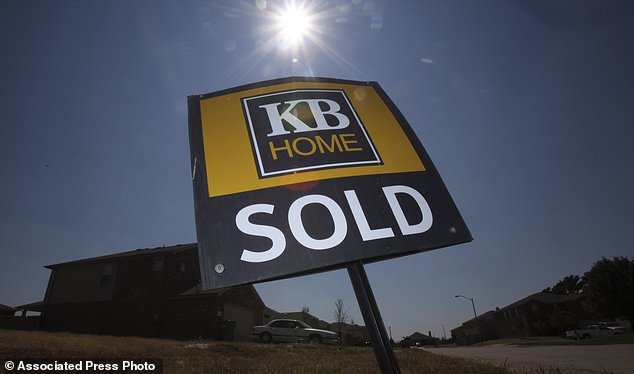 KB Home issued an apology on behalf of their chief executive. KB Home has put CEO Jeffrey Mezger on notice following his vulgar rant against comedian Kathy Griffin. Mezger was since put on notice under the company

Mezger has been the frontman of the publicly traded company since 2006 and has worked there since 1993, according to his official biography.

Mezger and his wife, Sandra, live in a gated community next to Griffin and Bick.

‘Mr. Mezger regrets losing his temper over a supposed noise complaint involving his three young grandchildren in his swimming pool around 8 p.m. on Saturday, while they were being supervised by their mother and grandmother,’ a KB Home spokesperson said in a statement.

‘He apologizes for the language he used, as it does not reflect who he is or what he believes.’ 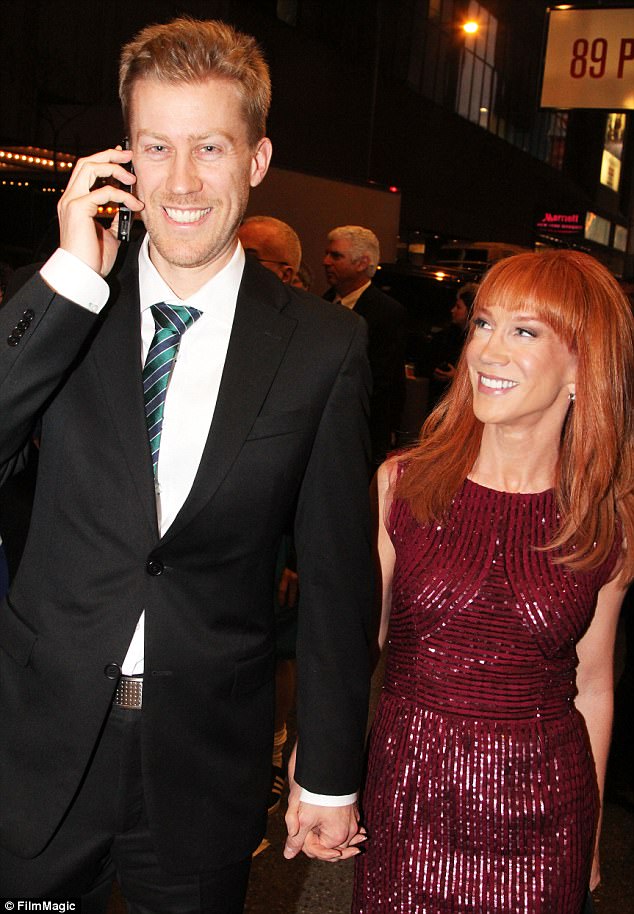 Randy Bick and Kathy Griffin attend the “I’ll Eat You Last: A Chat With Sue Mengers” Broadway opening night at The Booth Theater on April 24, 2013 in New York City 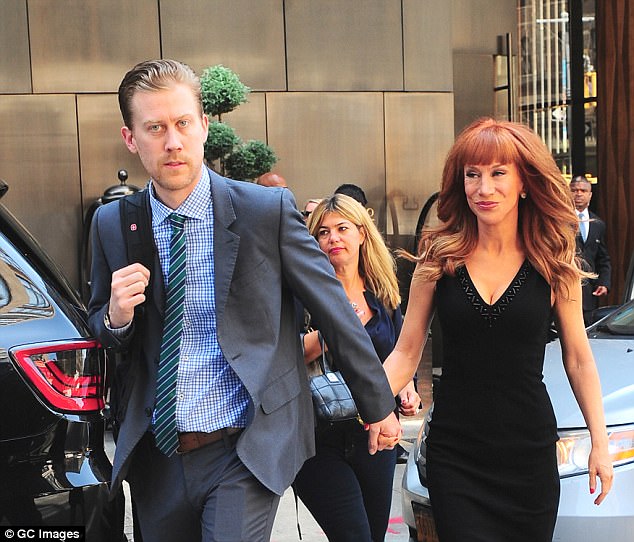 Mezer was recorded on audio obtained by the HuffPost hollering out that Griffin was ‘bald d**e’ and a ‘c**t’ after her boyfriend, Randy Bick, phoned the Los Angeles Police Department to report his grandchildren were being too loud 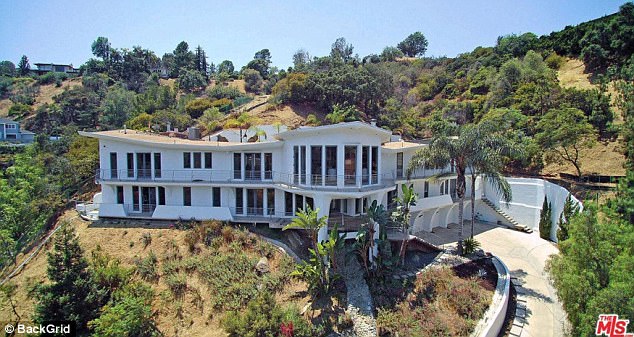 Mezger and his wife live next to Griffin’s $5million home (pictured) in a Los Angeles gated community. During the confrontation, Mezger said: ‘Let’s declare war, a*****e, ’cause we got a lot to go for. Let’s bring it on, you b***h

Griffin and Bick moved to their new home a year ago. Logs obtained from the homeowners association show that they filed noise complaints immediately.

Mezger is believed to have told the association that he and his wife don’t host parties often and that their new neighbors ‘need to adapt.’

The couple has called Los Angeles police five times with complaints and have previous recorded instances of the CEO yelling insults at them.

A spokesperson for the LAPD told HuffPost the incident was a civil matter and would ‘take a while’ to find any record of the call.

Bick added that he called LAPD late Saturday after hours of excessive noise, some of which did involve children.

While he was speaking with police, Mezger’s rant could be heard on video.

Mezger said: ‘Hey Randy, go f**k yourself. Seriously? You call on my grandkids at 9 o’clock? You’re not even the f*****g owner.

At this point irate, Mezger concludes: ‘If you’re asking Randy what’s happening, he called the cops on my 5-year-old granddaughter, you f****g c**t. B*****t ― 9 o’clock at night ― oh, this party’s loud, this party’s really happening.

‘F**k you. I’ve done enough trying to be a nice partner ― f**k you, neighbor. War’s happening. Don’t wait until we’re gonna bring some things on you. Now f**k you.’

KB Home said in a regulatory filing Thursday that while Mezger has been ‘a great leader,’ his behavior was unacceptable and that he would be fired for any similar incidents in the future, despite his pay cut.

There has been backlash against the executive since the vulgar, two-minute outburst was first aired by HuffPost.

TV host and financial adviser Suze Orman wrote on Twitter this week, ‘Disgraceful talk from the CEO of KB HOMES. You really want to buy a home from this man? Beyond Disgusting!’

KB Home and Mezger did not immediately respond to a request for comment.