Jeffrey Tambor is fired from Transparent

Jeffrey Tambor is officially out at Transparent following allegations of sexual harassment by a co-star and former assistant.

While it wasn’t confirmed whether the Amazon show will continue without its 73-year-old star, a statement from showrunner Jill Soloway hinted that it will be back for a sixth season.

‘We are taking definitive action to ensure our workplace respects the safety and dignity of every individual, and are taking steps to heal as family.’ Soloway said Thursday.

In a response, Tambor said he was ‘profoundly disappointed in Amazon’s handling of these false accusations against me.’

Fired: Jeffrey Tambor is officially out at Transparent following allegations of sexual harassment by a former assistant and his co-star

The news, reported by Deadline, comes three months after the accusations by former assistant Van Barnes and co-star Trace Lysette were made public.

The decision to cut Tambor, who plays transgender woman Maura Pfefferman in the Emmy-award winning show, was made in the past week following an internal investigation into the accusations.

The results of the investigation have not been released, however a source told Deadline that Tambor’s behavior ‘could not be justified or excused under scrutiny.’

Soloway’s full statement read: ‘I have great respect and admiration for Van Barnes and Trace Lysette, whose courage in speaking out about their experience on Transparent is an example of the leadership this moment in our culture requires,

‘We are grateful to the many trans people who have supported our vision for Transparent since its inception and remain heartbroken about the pain and mistrust their experience has generated in our community,’ she added.

‘We are taking definitive action to ensure our workplace respects the safety and dignity of every individual, and are taking steps to heal as a family.’ 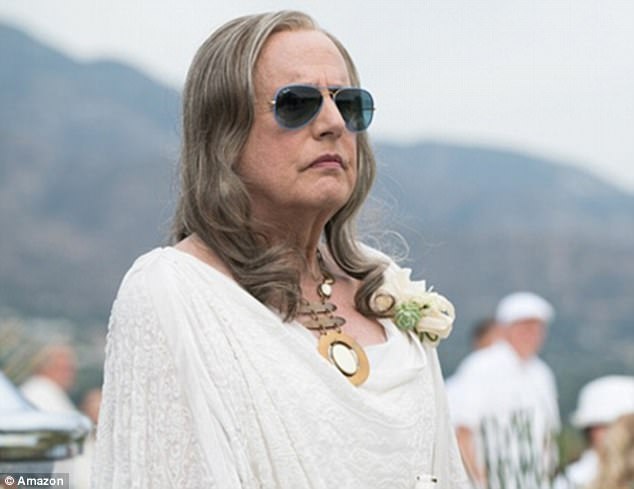 The decision to cut Tambor, who plays transgender woman Maura Pfefferman, was made in the past week following an internal investigation into the accusations 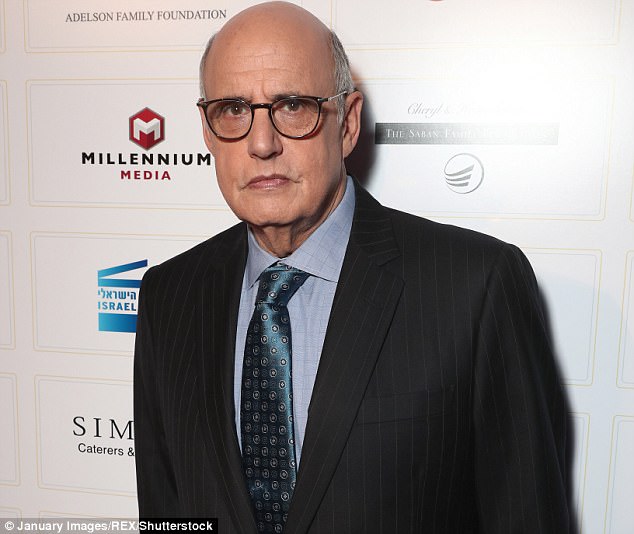 Tambor said in November he was leaving the show but his rep insisted ‘no final decision has been made, either by Jeffrey or Amazon’

Tambor released his own statement in which he pointed the finger at Solway.

‘I am even more disappointed in Jill Soloway’s unfair characterization of me as someone who would ever cause harm to any of my fellow cast mates,’ he said, per Variety.

He went on: ‘In our four-year history of working together on this incredible show, these accusations have NEVER been revealed or discussed directly with me or anyone at Amazon. Therefore, I can only surmise that the investigation against me was deeply flawed and biased toward the toxic politicized atmosphere that afflicted our set.’

‘As I have consistently stated, I deeply regret if any action of mine was ever misinterpreted by anyone and I will continue to vehemently defend myself. I also deeply regret that this ground-breaking show, which changed so many lives, is now in jeopardy. That, to me, is the biggest heartbreak.’ 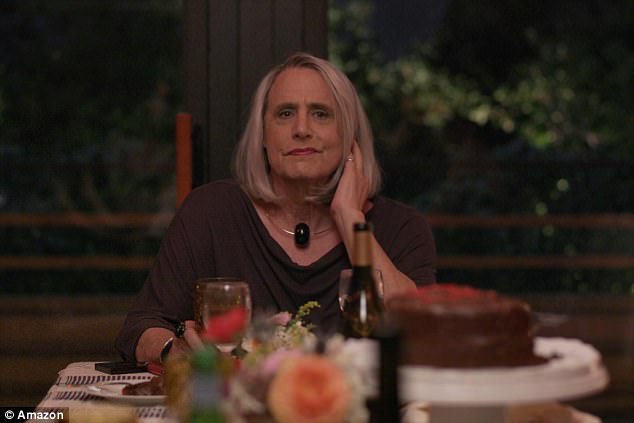 ‘We are taking definitive action to ensure our workplace respects the safety and dignity of every individual, and are taking steps to heal as family.’ Showrunner Jill Soloway said Thursday

Shortly after news of the allegations against him surfaced, a representative for Tambor told the New York Times that the actor did not have any plans to quit the Transparent.

‘What he said was that given the toxic atmosphere and the politicization on the set, it’s very hard for him to see how he can possibly return. But no final decision for next year has been made, either by Jeffrey or by Amazon,’ Allan Mayer, his publicist said.

Tambor starred as transgender matriarch Pfefferman since 2014 and won Emmys for the role in 2015 and 2016.

The show was renewed for a fifth season in August 2017. 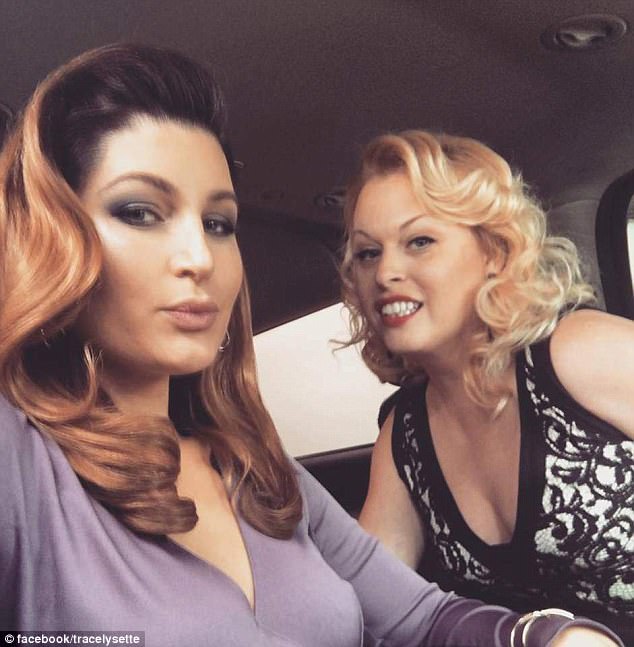 In a private Facebook post in November, Tambor’s former assistant, a transgender woman named Van Barnes, accused the actor of inappropriate behavior, including telling her: ‘You will love my d**k’.

In a statement, the Emmy-winning actor ‘adamantly and vehemently’ denied any wrongdoing, and called Barnes ‘disgruntled’.

In response, Amazon launched an investigation, speaking to both members of the ‘Transparent’ production and Tambor personally, per the studio’s policy.

Then, Trace Lysette, a transgender actress who plays Shea on ‘Transparent’, told The Hollywood Reporter that Tambor ‘has made many sexual advances and comments at me, but one time it got physical.’

She claimed that the actor cornered her and thrust himself ‘back and forth against my body’ before she pushed him off. 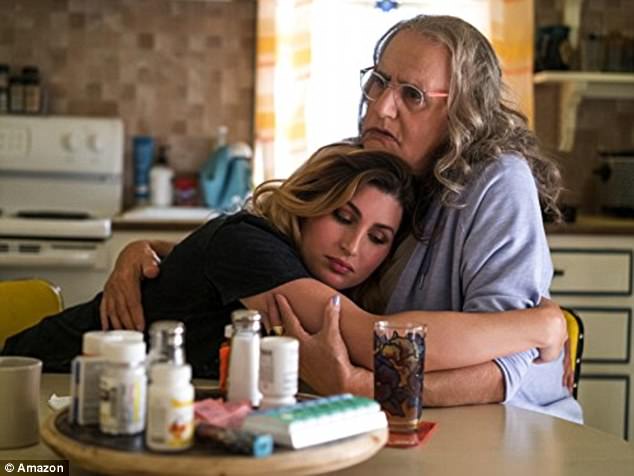 Lysette claims that when she emerged from wardrobe in a costume of a lingerie top and shorts for a scene with Tambor, he said: ‘My God, Trace. I want to attack you sexually’ (Pictured, Lysette and Tambor in a scene from ‘Transparent’ in 2014)

Lysette claims that when she emerged from from wardrobe in a costume of a lingerie top and shorts for a scene with Tambor, he said: ‘My God, Trace. I want to attack you sexually.’

‘I felt his penis on my hip through his thin pajamas and I pushed him off of me,’ she said.

She urged Amazon to ‘remove the problem and let the show go on.’

A third woman, makeup artist Tamara Delbridge, came forward at the end of November and said Tambor kissed her without consent on the set of the movie Never Again in 2001.

Tambor said he did not recall the encounter, but that if he did kiss her, it was simply a good-natured goodbye to wrap up filming. 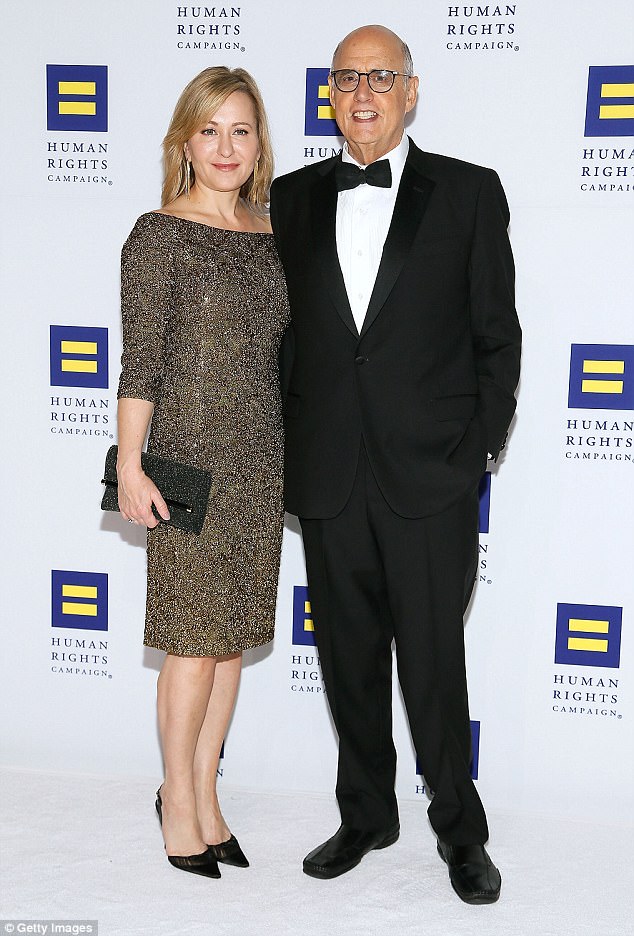