Jellyfish chips will be on menus by 2050 as the human diet changes, report claims

People could be tucking into jellyfish chips and burgers made out of crickets in decades to come, according to a report on food.

It suggests that by 2050, British people will be ‘growing their own meat’ at home and in as little as six years we’ll be eating insects like crickets and grasshoppers.

The Future of Food Report portrays long-term analyses of food and agricultural systems within the social and economy-wide context.

It also proposes that instead of serving standard fish and chips, takeaways will be serving tucking into banana blossom and chips made out of jellyfish.

We could be tucking into jellyfish chips in as little as 30 years, according to a report into ‘foods of the future’. Bosses at Sainsbury’s reckon Brits will even be ‘growing their own meat’ at home in special kits much like we make home-brewed beer

Banana blossom is the ‘tear-shaped’ flowers at the end of clusters of bananas – and when battered and fried they have a similar colour and texture to fish.

The report claims: ‘In 30 years, jellyfish and other invasive species could be found on the fish counter as recent research has found them to be full of nutrients and vitamins.

‘Jellyfish are typically regarded as a last-resort food source but the growing interest of researchers and seafood chefs is triggering a rethink.

‘A team of Danish researchers, for example, has devised a method to turn jellyfish, which are rich in nutrients, including vitamin B12, magnesium, and iron, and low in calories, into crunchy chips in just a few days.’

By 2025, according to the paper, we’ll be eating seaweed caviar and algae milk – as well as more mushroom-based products.

By 2169, we’ll be using research from ‘space farms’ on Mars and the Moon by robots, farmed by AgBots, to transform the world’s deserts into food-producing land.

As well as what food we eat, the report claims that by this year, we will also have drastically changed how we eat.

People will be fitted with microchips to determine what foods they need to eat to stay healthy and be fed through ‘skin patches’, keeping them topped up with nutrients and vitamins.

‘By 2169, the revival of deserts, coupled with carbon-neutral logistics, means that we may well be eating vegetables and produce from areas that were once unthinkable as agricultural or arable land.

‘But it is perhaps these sustainable desert greening methods, together with the emergence of autonomous farming that will open up the possibilities to transform impossible environments here on Earth, rather than on Mars or the Moon.

‘Retailers, such as Sainsbury’s could play a critical role to support this, arranging delivery of the needed food within thirty minutes – perhaps by drone. 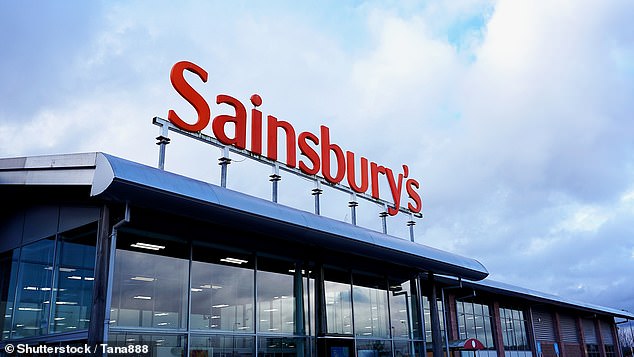 The Future of Food Report portrays long-term analyses of food and agricultural systems within the social and economy-wide context. It also proposes that instead of serving standard fish and chips, takeaways will be serving tucking into banana blossom and jellyfish chips

‘By 2169, we may well see people scanning their weekly statistics via the embedded chip in their skin, which will in turn send an automatic status read to Sainsbury’s.

The supermarket would then instantaneously dispatch the correct food and drink order for them based on their individual nutrition needs, behaviours and activities for the coming days, it said.

‘Technological advancements mean that in 2169 personalised nutrition could also be delivered to us via implants or on-skin patches, providing us with exact daily needs of micro-nutrients.

Doctor Polly Russell, a food historian, said: ‘Throughout history food trends have been determined by a complex range of economic, political, social and technological factors.

‘Although in many ways how we shop, eat and cook looks radically different from 150 years ago, there are some things which will never change.’

‘So, even if we end up relying on patch or pill dinners for our physical health by 2169, food will still play a key part in our emotional, social and psychological wellbeing.’

Claire Hughes, of Sainsbury’s, said: ‘We know that we have a role to play in expanding the nation’s diets as the current foods we eat aren’t sustainable for a growing global population that will increase to 9 billion in 30 years.’

The purpose of the report is not to present a menu of solutions, but rather to increase understanding of the challenges that agriculture, and food systems are facing now and will be facing into the 21st century.

WHY DO GLOBAL TRENDS INFLUENCE FOOD AND AGRICULTURAL SYSTEMS?

The world’s population is expected to grow to almost 10 billion by 2050, boosting agricultural demand – in a scenario of modest economic growth – by some 50 percent compared to 2013.

Income growth in low- and middle-income countries would hasten a dietary transition towards higher consumption of meat, fruits and vegetables, relative to that of cereals, requiring commensurate shifts in output and adding pressure on natural resources.

The decline in the share of agriculture in total production and employment is taking place at different speeds and poses different challenges across regions, according to the report.

Food losses and waste claim a significant proportion of agricultural output, and reducing them would lessen the need for production increases.

Looking ahead, the core question is whether today’s agriculture and food systems are capable of meeting the needs of a global population that is projected to reach more than 9 billion by mid-century and may peak at more than 11 billion by the end of the century, the report states.