Curvy Instagram ‘influencer’ moans her ‘profession’ isn’t respected and she’s ‘laughed at’ in Australia – as she boasts she earns $30,000-A-DAY doing little more than bouncing around in bikinis

A curvy Instagram model who’s collected more than 2.7 million followers by posting racy photos and videos of herself has complained her profession is ‘not seen as a real career’ in Australia.

Jem Wolfie, 28, has made more than $2 million from her social media accounts, where she shares modelling shots, fitness inspiration and healthy eating tips – usually wearing a bikini, lingerie or fitness bras.

However, despite her claimed financial success and social media fame, Wolfie told the Los Angeles podcast No Jumper ‘no influencers are respected’ back in the ‘small town’ of Perth.

Wolfie said her home city was ‘so behind the times … no influencers are respected there. What I do is sort of laughed at there. 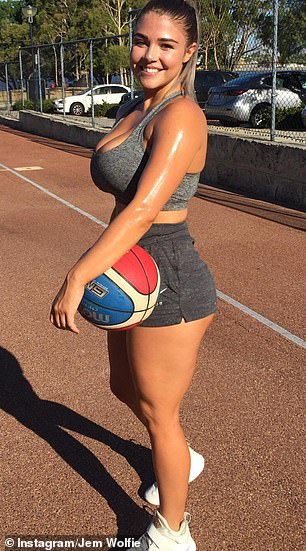 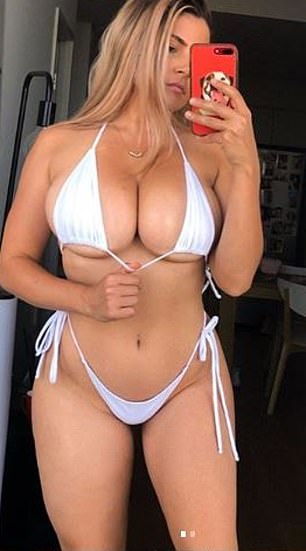 ‘If I’m ever in the headlines, the comments section is wild … it’s like, ‘we’re embarrassed to have you, Jem’.’

Her comments surprised host Adam Grandmaison, who said Insta-models were treated ‘like gold’ in Los Angeles, and that influencing was a respected career there.

Wolfie replied: ‘Yeah, it’s not a real career where I’m from, believe me. But that’s OK, because I don’t need, like, validation from anyone for what I do.’

She said Sydney and Melbourne were home to more influencers who had built full-time careers out of social media, but she never wanted to leave her family and rescue dogs behind in Perth. 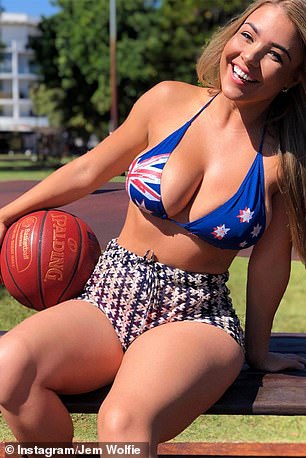 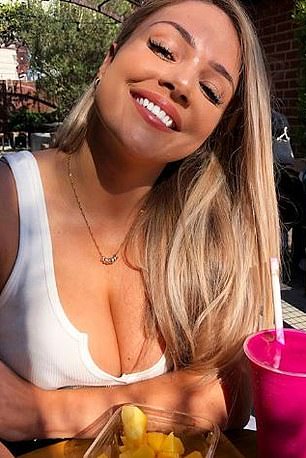 Wolfie said: ‘It’s not a real career where I’m from, believe me. But that’s OK, because I don’t need like validation from anyone for what I do.’ 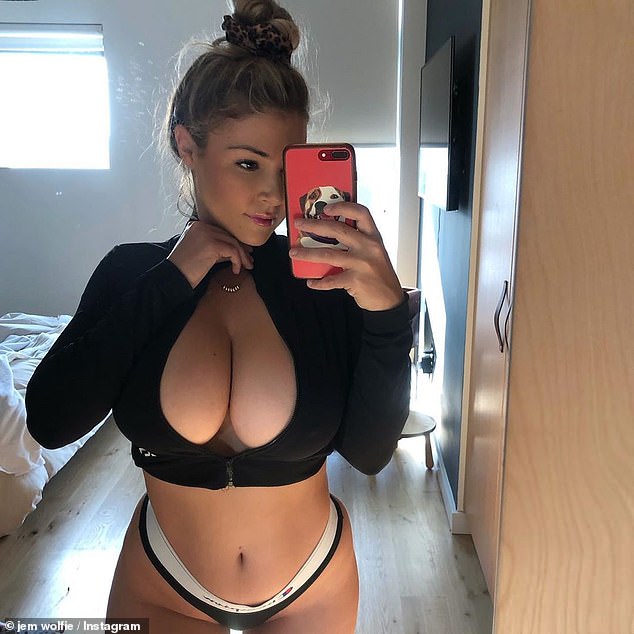 Wolfie is one of the biggest stars on ‘OnlyFans’, where 10,000 followers pay $15 a month for access to her ‘exclusive content’ – which doesn’t include nudity

Wolfie was a full-time chef and competitive West Australia Basketball League player prior to her career in social media.

She discovered the potential of social media while nursing an injury, posting videos of her rehabilitation at the gym. She now sells e-books, merchandise and recipes online.

Wolfie is also the biggest star on a subscription-based platform, OnlyFans. She reportedly rakes in a $30,000-a-day income from the service.

As many as 10,000 fans pay a $15 monthly fee for her ‘exclusive content’, which includes steamy photos, but not nudity. 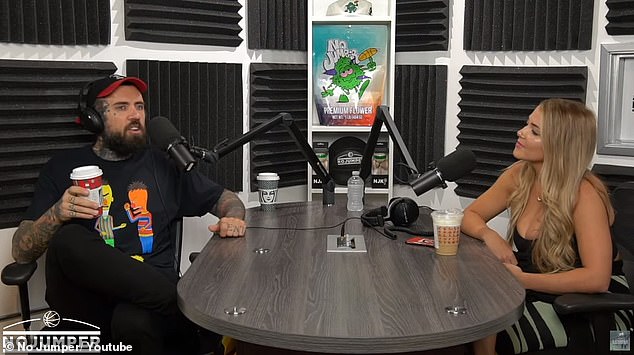 Wolfie, above, speaks to Adam Grandmaison for the Los Angeles-based ‘No Jumper’ podcast

However, Wolfie has admitted that social media fame comes with its downsides, previously telling LADBible she cops daily abuse on Instagram.

‘The worst thing is waking up every day and seeing comments and messages that are really horrible,’ she said this year.

‘Some days it can be draining when you’re constantly called fat.

‘It can be exhausting to have negativity constantly shoved down your throat every day.’ 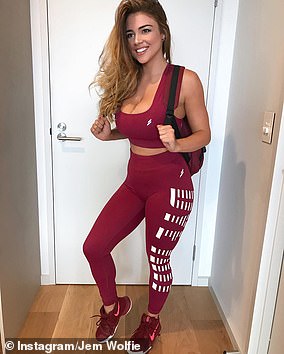 Jem Wolfie discovered her knack for social media when a sport injury derailed her career as a compteitive basketballer.

Wolfie, 28 posted ‘fitspo’ videos of her rehabilitation online, most of it at the gym.

‘There are a lot of squats, I know what my audience wants to see. You can never skip leg day,’ she told PerthNow.

Her basketball tricks and healthy recipes – she was an apprentice chef – helped her gain a legion of followers and picque the interest of sponsors.

As did her scantily dressed photos and videos. She has more than 10,000 fans on the subscription platform, OnlyFans, but does not share nude pictures.