She may have started the New Year on a bum note after getting escorted off a plane by police officers for disruptive behavior.

But it looks like Instagram’s belfie queen Jen Selter is putting the ‘nightmare’ encounter firmly behind her, and enjoying all that Miami beach has to offer.

Pictured walking along the shore by Dailymail.com, the 24-year-old fitness model from Long Island, New York, took some time to show off the perfectly-pert derriere that has helped to launch her to superstardom, posing for pictured on a Miami beach while wearing a thong bikini.

Beach babe: Fitness model and Instagram star Jen Selter, 24, from Long Island, New York has been captured flaunting her ample assets on the beach during a Miami business trip 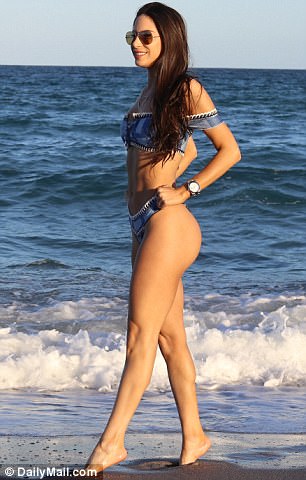 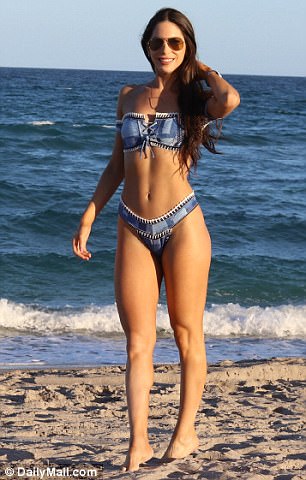 Food for thought: Pictured by Dailymail.com, the fitness model was in Miami to meet with food manufacturers about a protein bar line she’s working on 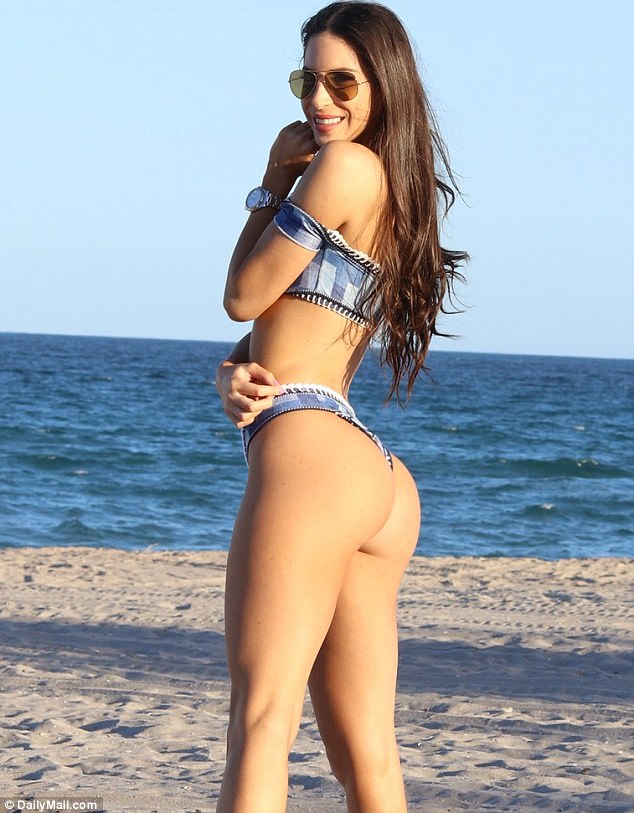 Assets: Selter rose to online fame in 2012 when she started posting pictures of her pert posterior on Instagram and she now has 11.8 million followers

Selter, who is in Miami on business to work on new ventures, rose to online fame in 2012 when she started posting pictures of her pert posterior on Instagram.

By March 2012, she was able to leave her job working at a gym in the Roosevelt Field Mall to concentrate on her  online presence.

And now boasting 11.8 million followers, she is cashing in on her assets, collaborating with brands and launching her own line of athleisure jewelry with Ion Collection.

She currently has a yearly contract with the workout app Fitplanand is the global spokeswoman for video platform Peeks.

She has also recently met with food manufactures about launching a protein bar line she’s working on.

Taking to Instagram this week, the brunette beauty shared that watching American athletes compete in the Winter Olympics has given her renewed confidence in her abilities.

‘One big thing we can take away from our Olympic heroes is to “believe that you can, and you will.” You may not be where you want to be now, but believing that you will get there someday, no matter how long it takes, will go a long way,’ she wrote.

She added: ‘So on those hard days when you’re doubting yourself or your ability to live your best life, remember that person staring back in the mirror who once told you that you could. Because you can. Believe in yourself and your capabilities, and the rest will follow!’ 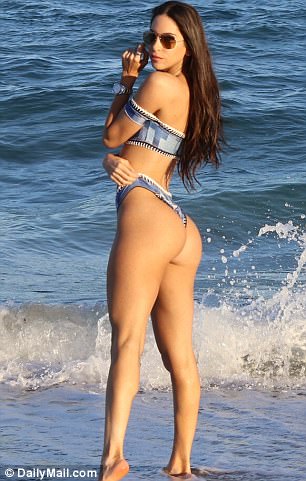 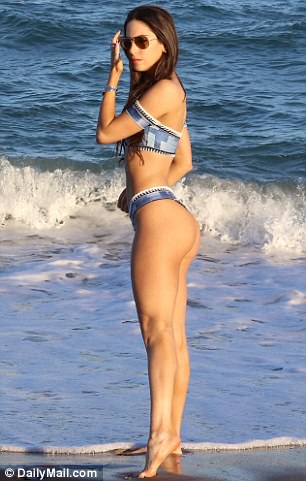 Working it: She currently has a yearly contract with the workout app Fitplan and is the global spokeswoman for video platform Peeks 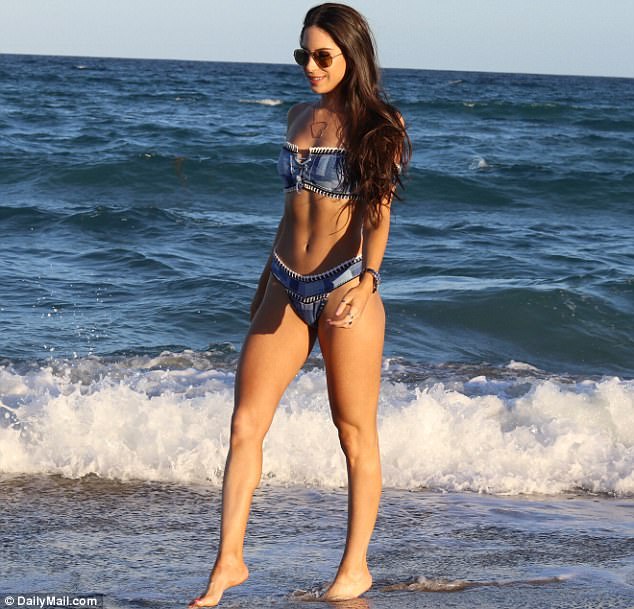 Inspired: Taking to Instagram this week, the brunette beauty revealed that watching American athletes compete in the Winter Olympics has renewed her motivation 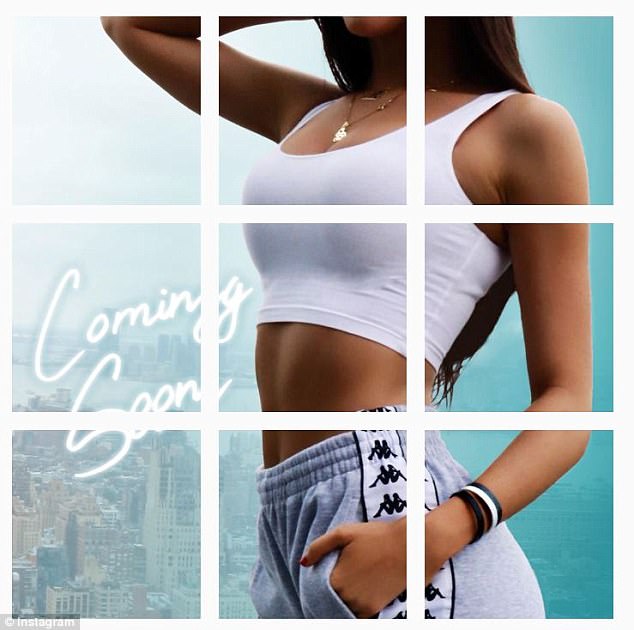 Bling: Jen is also launching her own line of athleisure jewelry line with Ion Collection 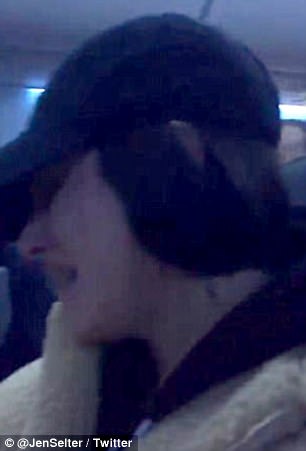 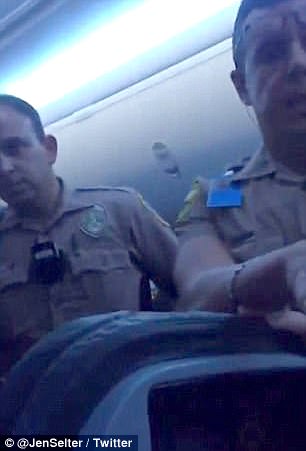 Incident: On January 27 the curvy beauty was booted from a New York-bound flight at Miami airport after a verbal altercation with cabin crew

On January 27 the curvy beauty was booted from a New York-bound flight at Miami airport after a verbal altercation with cabin crew.

Selter said her flight had been grounded at Miami airport for 90 minutes for mechanical issues when she stood up to put her jacket in the overhead compartment.

She told the New York Post that she quickly sat back down however, when a crew member asked her if she wanted to get kicked off the plane, she sarcastically replied she did so an argument ensued.

Selter also revealed that the cabin crew then got the pilot involved and soon five police officers arrived on board to escort her and her sister off the plane.

Another member of the public on board left in protest.

‘It was a nightmare,’ she shared.

Selter recorded the incident on camera and the video quickly went viral.

‘I’m not a confrontational person,’ she added. ‘I did not start the whole argument. It’s crazy that an innocent person can be treated this way.’