She gave birth to her third child, daughter Batel Lu, in April 2017.

On Thursday, the 44-year-old posted a before and after image of herself to Instagram showing her progress and revealed she’s actually put on a few pounds recently after returning to the gym.

On a weight loss mission: Jenna Jameson admitted Thursday in a before and after Instagram post that she ‘freaked out’ when she stepped on the scale and saw she’s gained four pounds

Jameson has experienced some rapid weight loss as a result of sticking to the keto diet which requires eating low-carb and high-fat meals.

She has dropped from a size 16 to a size 6 following the birth of her daughter.

But Thursday she described what happened when she stepped on her bathroom scale, writing: ‘I compulsively weigh myself every morning. I wish I didn’t. Oh well. This morning my weight was 4 pounds higher.’

‘I silently freaked out in my brain. Shut up demons! I know these are muscle gains!!!!’ she added. ‘I’ve hit the gym a lot this week and I can feel a difference.’ 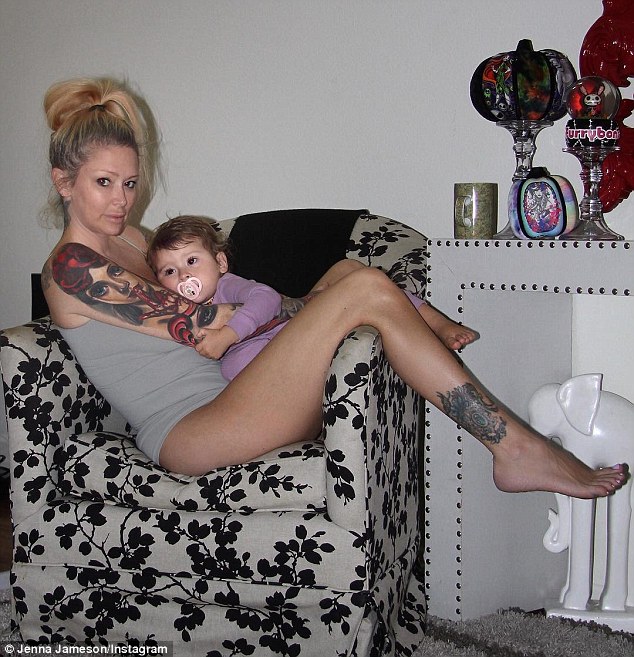 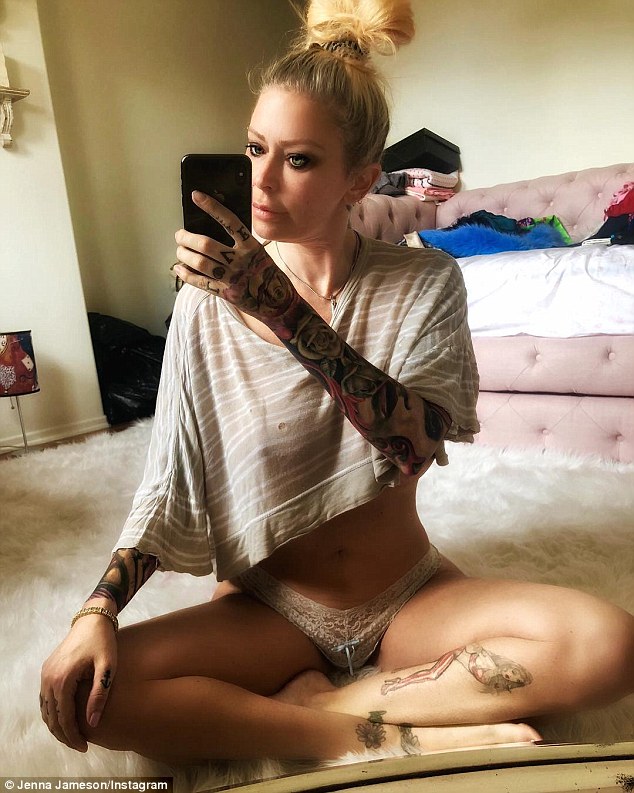 Post-pregnancy figure: She has dropped from a size 16 to a size 6 following the birth of her daughter and credits the rapid weight loss to adhering to the low-carb, high-fat keto diet

Jameson said she feels ‘strong’ and she’s trying to focus on how she feels rather than on what her scale says.

Last week, she shared with her social media followers that she has a lot of loose skin because of her weight loss.

‘I’m actively doing yoga as much as possible to try and tighten,’ Jameson wrote alongside a selfie. ‘I just wanted to post this so other mamas can see what happens when you lose weight. It’s not all perfection.’

The former stripper and adult icon shares her daughter with fiance Lior Bitton. 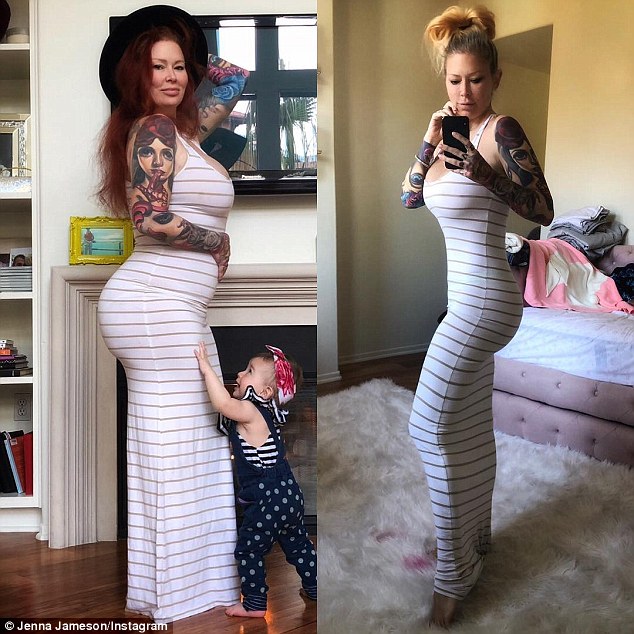 Staying positive: Jameson said she feels ‘strong’ and she’s trying to focus on how she feels rather than on what her scale says