JENNI MURRAY: Think you’re safe behind the wheel? I did . . . until this week

Jenni Murray says we need to go further and volunteer to brush up our driving skills, after completing a National Speed Awareness Course

This week, I’m ashamed to admit, I spent two-and-a-half hours taking part in a National Speed Awareness Course — over Zoom, as everything is these days — as punishment for being caught doing 80mph on the M3.

My speeding happened on a sunny, quiet Sunday morning over the summer, heading back to London from the South coast. To be honest, I had no idea that the smart motorway on which I was driving could detect my speed with no obvious camera or police car.

At least, I am not short of company. Figures this week show 2.3 million drivers in England and Wales alone were fined for speeding last year. That’s 6,300 a day — a record number.

On my course, there were nine of us, gathered around sharing our thin excuses (‘It was dry, the road was empty’; ‘I was only doing 31mph in a 30mph zone’; ‘I was in a terrible hurry’).

We were instructed by JP, a senior traffic officer who turned out to be a quite brilliant teacher. Which was lucky, because I soon realised it’s not just the nuances of these pesky new smart motorways I don’t fully understand. I’m also rusty on plenty of the things I learned for my test, some, ahem, 50 years ago.

Speed limits were first on the curriculum and I thought I had this one down pat. But then JP told us the rule is that it’s always 30 mph where there are street lights, which took me by surprise.

We were also reminded that 20 mph in built-up areas is ever more common. Annoying, but safer for pedestrians.

Then came the horrifying part. Some 1,784 people are killed by vehicles in the UK each year, and driver error is the cause in 93 per cent of cases.

Killing someone as a driver is unimaginable. Whether it was your fault or not, hurting someone else is a hideous thing. I can only imagine how the Labour leader Sir Keir Starmer must be feeling after being involved in a collision that injured a cyclist on Sunday.

And yet it’s easy not to think about the consequences when you get behind the wheel, especially when you’ve driven for years. I was not particularly pleased when asked to renew my licence when I turned 70 this year. We all like to think we have the motoring skills of Lewis Hamilton, but, frankly, we don’t.

Which is why I’m proposing a plan that may sound radical. I think everyone, and especially those of us who took our tests long ago, should be sent on a refresher driving course. And that taking such a course every five years should be a requirement.

We all value the independence a car gives us and the thought of doing a weekly supermarket shop without it is more than daunting. We mutter about the endless rules, and grumble that speed cameras are nothing but a cash cow raising pots of money, and for what?

In 1997, I interviewed a young writer about her first novel for children, Harry Potter And The Philosopher’s Stone. J.K. Rowling signed a first edition for me. I gave it to my ten-year-old son to read in the BBC canteen while I did some work. He came back to the office without it. ‘It’s boring,’ he said. We went to find it. Gone. A first edition, unsigned, just sold for £60,000. I know infanticide is illegal, but …!

I understand; but modern cars are faster, heavier and far more dangerous than those we learned on in the Sixties (in my case). Mine was a battered old Fiat 500 that barely made it past 30 mph.

Rightfully, things are getting ever tougher for drivers caught breaking the rules. We’ve learned this week that 12 points on a licence will definitely mean a ban, after the Mail exposed a loophole which had enabled people to avoid one if they argued it would mean losing work. No longer.

But we must go further, and volunteer to brush up our driving skills. Every time we sit behind the wheel, we are in possession of a lethal weapon, and it’s time I, and you, remembered that.

Caroline proves anyone can be a Dancing Queen 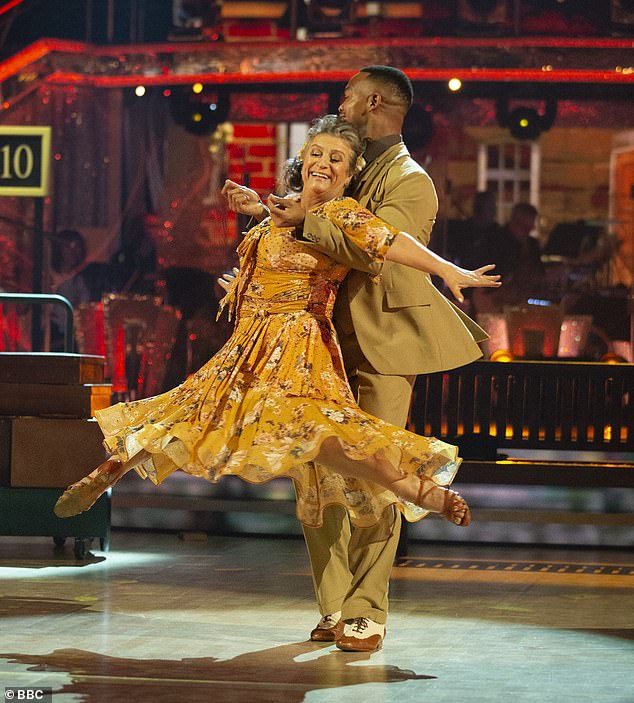 Jenni revealed she was blown away by Caroline Quentin, 60, appearance on Strictly. Pictured: Caroline with her partner Johannes Radebe

Brava, Caroline Quentin! I swore I wouldn’t watch Strictly again because last year I got heartily sick of all the fill-in bits of backstory and faffing about in the dance studio.

But there I was watching on Saturday, still telling myself I’d be mostly cross at everything.

I’m so glad I gave in. I was blown away by Caroline, 60 (pictured with her partner Johannes Radebe), demonstrating you don’t have to be young, thin or a semi-professional to dance a perfect, elegant American Smooth. That’s what the show ought to be all about — she’s a Dancing Queen indeed.

It shouldn’t happen to a vet

If one of my adored pets (three dogs and a cat) needed such expensive treatment, I would try to scrape the money together, I think — but with grave misgivings about roaring through my savings at my age.

But, please, don’t blame vets for soaring prices. Every vet I’ve ever met has wanted to be James Herriot, lovingly looking after the animals in their care.

Yet big businesses have taken over so many practices, rinsing them for profit. The result is a mental health crisis. Vets are four times more likely to take their own lives than average. It takes five years to qualify, the hours are long, student debt of £100,000 is common and the mean salary is £34,000.

Then there is euthanasia. I’ve owned animals all my life and have often wept as the fatal injection has been delivered.

I doubt any vet walks away from that unscathed. They deserve better care and more sympathy than the corporates are willing to give. 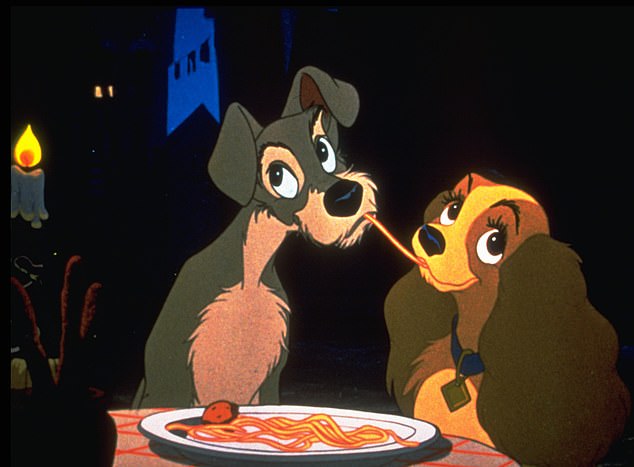 A couple of weeks ago, I bought the Disney+ app and watched two of my favourite films from my 1950s childhood: Lady And The Tramp and Bambi.

I sobbed at the fate of Bambi’s mother, shot by the evil poachers, just as I had as a child. And I howled with laughter at the vicious Siamese cats in Lady’s home and at the dogs, including a very Mexican Chihuahua and a Russian Borzoi, who met Lady at the pound.

Now I find the film is to carry a health warning about naughty stereotypes. Nonsense! It’s prejudiced parents that give a child hateful views, not movies.

I watched these films over and over again as a child, but that doesn’t mean I forgot what my parents taught me: everyone is equal regardless of race.