Jennifer Aniston and her ex-husband Justin Theroux were both spared the awkwardness of a run-in with one another on Saturday.

Both stars were in attendance at a party their mutual friends Jimmy Kimmel and Molly McNearney threw at their Hollywood Hills home celebrating the first birthday of their one-year-old son Billy, but Theroux, 46, split before the Friends star, 49, spent nearly two hours at the bash.

Insiders told DailyMail.com that the A-list actress ‘did look a bit nervous’ when she got there at about 12:15 p.m., with The Leftovers actor leaving at the same time after he was there for about 40 minutes. The source said of Aniston, who left the party for Billy at about 2 p.m.: ‘It was obvious that he was alerted to her arrival.’ 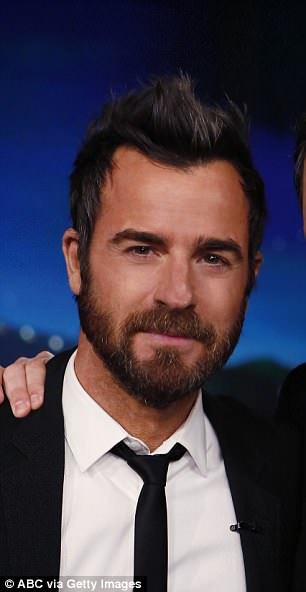 Uncrossed paths: Jennifer Aniston and Justin Theroux managed to avoid one another when they attended a birthday party for Jimmy Kimmel and Molly McNearney’s son on Saturday, a source told Dailymail.com

Aniston and Theroux – who announced their split in February after more than two years of marriage – are good friends of comic late night host Kimmel and McNearney.

Billy’s birthday was a milestone event for the family, with the youngster battling severe health problems throughout his young life.

The newborn underwent open heart surgery just three days after he was born last May, and Jimmy took to Twitter over the weekend to share how ‘tough’ his son has been.

The 50-year-old also asked his 11.5 million followers to register to vote as a gift to Billy, to no doubt improve the healthcare system in the US. 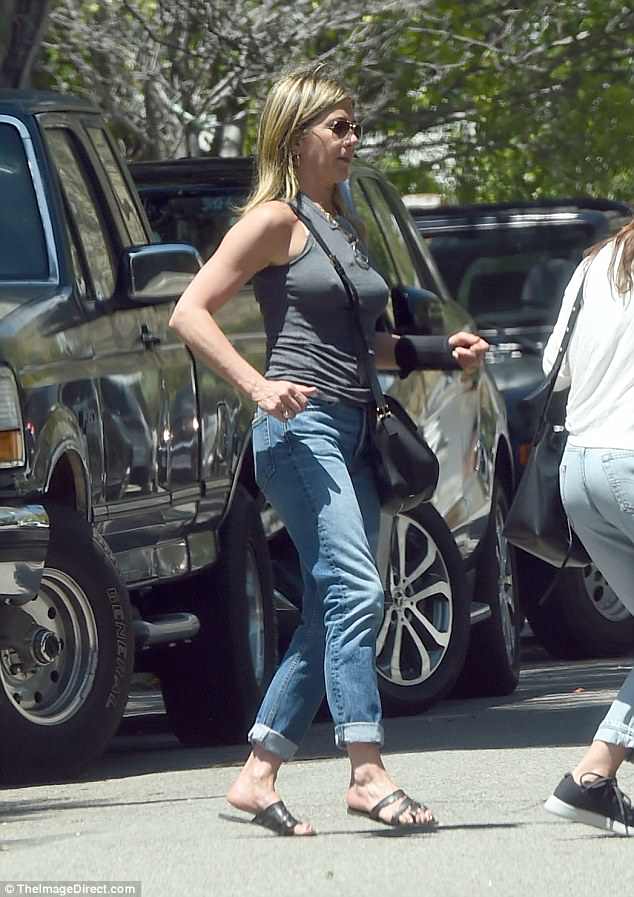 Moving on: The 49-year-old was photographed as she arrived at the comic’s house, with sources telling DailyMail.com the sighting came shortly after her estranged husband Justin Theroux headed home

Alongside a picture of his son in his highchair with a party hat on, surrounded by balloons, Jimmy wrote: ‘A yr ago today, God gave us this tough little boy.

‘Today, we thank the nurses & doctors at @CedarsSinai & @ChildrensLA who saved his life & those who shared thoughts & prayers. We cannot stay quiet. Please wish Billy happy birthday by REGISTERING TO VOTE! https://vote.gov (sic)’

Jimmy previously admitted he didn’t want to ‘get too close’ to his son after he was born with the congenital heart defect. 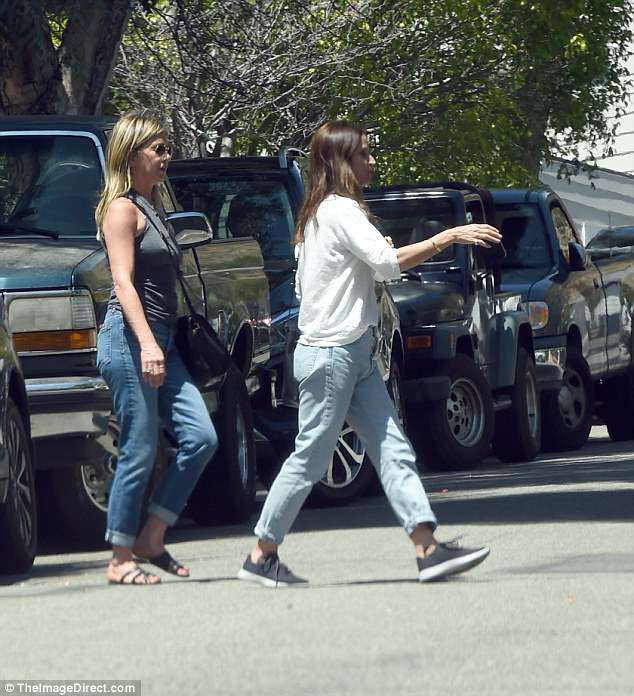 Family friend: Jennifer was visiting to wish little Billy Kimmel her best on his milestone

The TV star and his spouse weren’t initially open with their feelings about the situation, but realized after the tot had undergone a second surgery they had shared the same fears.

He said: ‘There were secrets we kept from each other that we revealed only after the second surgery.

‘The biggest one was that, I think subconsciously, we didn’t want to get too close to the baby, because we didn’t know what was going to happen… I don’t know if that’s right or wrong or common or uncommon. 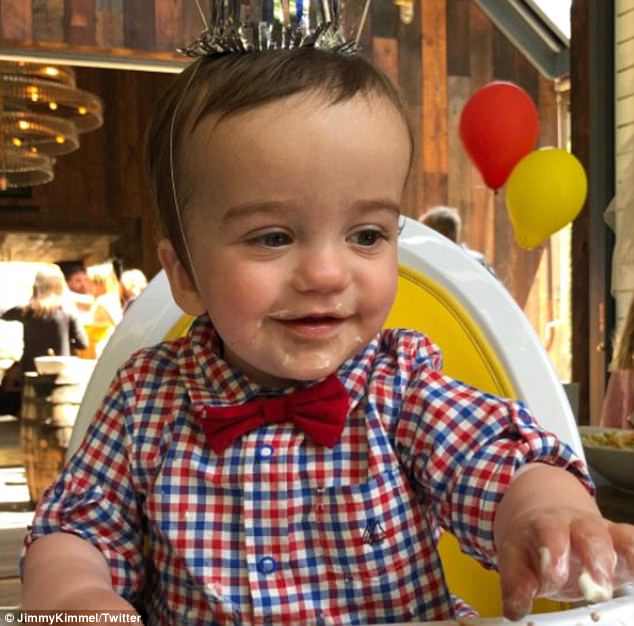 The birthday boy: Billy Kimmel looked adorable as he enjoyed his birthday celebration 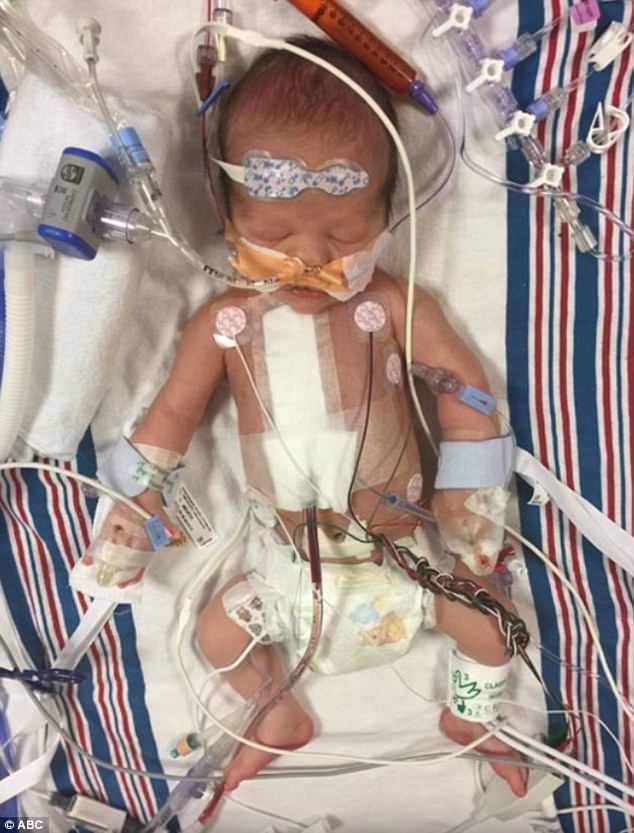 As he was: Kimmel’s son’s heart condition was diagnosed at birth; pictured in the hospital last year

After having surgery, Jimmy – who also has kids Katie, 26, and Kevin, 24, with former wife Gina, and three-year-old Jane with Molly – revealed Billy was ‘great’, though he still requires further treatment. He explained: ‘He’ll have another surgery when he’s around six or seven years old, but in the meantime, he’s doing great.’

Theroux on Sunday took to Instagram to share a warm birthday message for Billy the day after the bash. He shared a series of shots of himself holding the tot, writing, ‘Happy ONE year birthday Billy!’

The actor-screenwriter, who’s penned such comedies as Tropic Thunder and Zoolander 2, called Billy ‘a boy who in 365 days has done more for American national health care than we could all wish to do in our lifetimes.’

Theroux said that Billy ‘doesn’t even know yet how courageous he is,’ and that it’s ‘an honor to know him and his incredible and equally courageous parents.’ 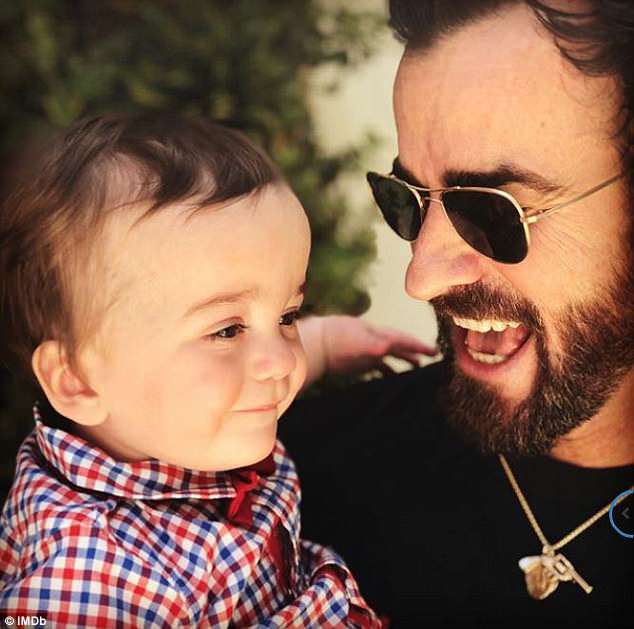 Happy time: Theroux shared a series of shots of himself holding the one-year-old tot Billy 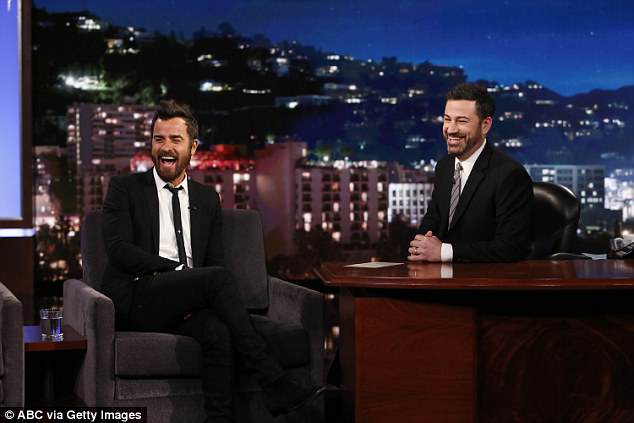 Confidantes: Justin is one of Jimmy’s closest friends in the showbiz community