Jennifer Aniston uses CBD oil – but what is it?

Here in a piece for Healthista, we explain what it is, who uses it and how you can get your hands on some.

Jennifer Aniston takes CBD for pain, stress and anxiety. Olivia Wilde sloughs it onto her skin.

Meanwhile Victoria’s Secret stunner Alessandra Ambrosio uses it to relax and unwind before her stomp down the runway. But what exactly is CBD oil (that’s short for Cannabidiol) – is it actually marijuana? What are the benefits? Are there any risks?

‘CBD helps with pain, stress and anxiety’, Jennifer Aniston told US Weekly, ‘it has all the benefits of Marijuana without the high’.

‘If there is anything working with CBD Oil has shown me, it’s that there is always hope. Even for the hopeless.’ says Back to the Future actor Michael J. Fox, who was diagnosed with Parkinson’s disease at 29 years old.

Not just for relaxation: Back to the Future actor Michael J. Fox, who was diagnosed with Parkinson’s disease at 29, has said that CBD oil showed him that there is hope, ‘even for the hopeless’. 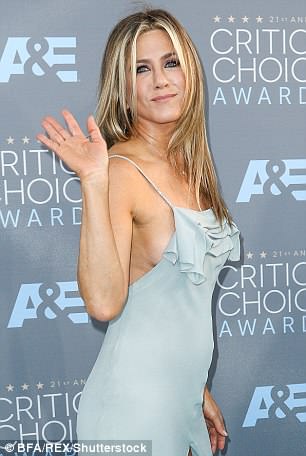 Maybe they’re born with it, maybe it’s CBD oil: Jennifer Aniston, 49, (left) at the 21st Annual Critics’ Choice Awards in Los Angeles in 2016 and Olivia Wilde, 34, (right) at the UK Premiere of Horrible Bosses 2 in 2012. Both actresses are advocates of CBD oil as a natural health remedy

‘I’ve been using this body lotion that has CBD in it,’ Olivia Wilde told the New York Times. ‘Recently I did a play on Broadway for six months, and my body was wrecked – my neck was really tight. The CBD has relaxing benefits, and the idea is to avoid using too many painkillers.’

‘I feel like if you don’t want to get high, this is a product specifically just to get rid of discomfort’, said Whoopi Goldberg. 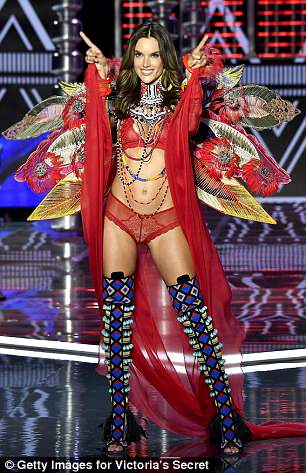 Alessandra Ambrosio: ‘It helps me sleep when I’m anxious’

Victoria’s Secret Angel Alessandra Ambrosio revealed recently, ‘The most important thing to do (to prep for the Victoria’s Secret Show) is to sleep eight hours the night before but it’s hard because the mind gets anxious, so I try CBD oil and I think it helps.’

These A-listers are not alone.

A survey by Healthspan found that Brits have lost the knack of relaxation, with three quarters of people admitting they don’t get any down or relaxation time.

Three in 100 have turned to CBD oil, to help themselves calm down.

Hailed as the new ‘go-to’, CBD is claimed to help lift your mood, support feelings of well-being and relaxation along with a whole host of other benefits.

Cannabidiol or CBD oil – naturally sourced from hemp plants, is ‘one of the fastest growing well-being supplements in both the US and the UK’ says Dr Sarah Brewer (GP and medical director of Healthspan) ‘and is perfectly legal to take’.

But despite its recent popularity in the US, CBD oil is still relatively unknown in Britain.

CBD is a naturally sourced ingredient that is set to take centre stage in 2018 as a nutritional supplement.

Although they belong to the same family, CBD oil sourced from hemp plants, is very different from CBD sourced from marijuana.

In growing CBD oil, hemp plants have been bred to contain only trace amounts of THC (the ingredient prevalent in the similar marijuana cannabis plant that is associated with the so called ‘high’) that will have zero impact on your psycho-active state.

CBD oil will not make you ‘high’, despite connotations from the assumption that CBD oil stems from cannabis.

What can CBD oil do?

‘CBD also appears to reduce the perception of pain, and many people take it to help relieve muscle aches and pains’.

CBD oil relieves anxiety and stress by having a beneficial effect on the brain.

It works in a natural way by enhancing the effects of other brain chemicals such as serotonin, without stimulating the receptors that make marijuana psychoactive and addictive.

‘The effects of CBD last for around three to five hours,’ says Dr Brewer.

‘After this, the dose will have fallen below levels that produce noticeable benefits, it will take one to two days for all the CBD to disappear from the body.

‘For optimal results, you should take CBD at regular intervals throughout the day.’ Cannabidiol users claim its anti-inflammatory effects may help with joint pain and stiffness along with supplements such as glucosamine, chondroitin, turmeric and omega-3

Are there risks or side effects?

it’s important to purchase a product made to pharmaceutical (GMP) standards to obtain a consistent dose and guaranteed purity.

Multiple small studies suggest that cannabidiol (CBD) is effective and well tolerated with no significant side effects at usual doses.

A recent World Health Organisation report on cannabidiol confirms that controlled human studies have not found any potential for physical dependence, withdrawal or tolerance, and that it is not associated with abuse potential.

CBD oil is safe to use, but anyone who has a medical condition or who is taking prescribed medicines should check with their doctor before taking any supplement, including CBD. High doses of cannabidiol may affect the way certain drugs are metabolised in the liver.

The biggest motivator for taking CBD oil is for help with muscle and joint pain.

If left untreated, muscle and joint ache can be detrimental to your quality of life and leave you feeling unmotivated.

Although there are plenty of remedies for joint problems, people assume they cannot continue with hobbies that benefit their mental and physical health, such as walking or running.

Exercise is beneficial for maintaining joint flexibility and building muscle strength, as well as supporting the oiling and regeneration of joint cartilage.

‘They also have pain-relieving effects due to their interaction with certain parts of the brain.

You can take CBD oil capsules in addition to other joint supplements such as glucosamine, chondroitin, turmeric or omega-3 for additional pain relief.’

Popular with celebs, ‘Skin lotions, balms and salves that contain CBD are popular for easing muscle aches and joint pains.

They can be used in addition to taking CBD orally to aid relaxation, reduce discomfort and fatigue, as well as promoting general feelings of wellbeing,’ says Dr Brewer.

Anxiety is an increasing problem in modern life with a staggering 8.2 million cases in Britain alone, most of them women.

Whether it’s associated with an addiction to social media, encouraging young people to compare themselves to others on a daily basis, or down to the pressures of modern life such as finding the perfect work/life balance. Stressed out? Struggling to sleep? Experts claim cannabidiol supplements can help with relaxation

CBD may also help with the anxiety that can occur when stopping smoking,’ says Dr Brewer.

‘Higher doses of cannabidiol are being investigated as a promising treatment for panic attacks, obsessive compulsive disorder and post-traumatic stress disorder (PTSD), but should not be used except under medical supervision,’ adds Dr Brewer.

PTSD is a result of a stressful event that is outside the realms of normal human experience.

REM stands for Rapid Eye Movement, a term for deep sleep. When you dream you experience REM sleep and this is the kind of sleep we hope to get every night.

Recently it has become clear that our circadian rhythms (internal body clocks that control the times of day you feel sleepy or wakeful) have a huge impact on the entirety of our health.

‘CBD is particularly helpful for sleep disorders in people with neurological conditions such as Parkinson’s disease‘, says Dr Sarah Brewer.

‘But this should only be used under medical supervision, especially if you are taking any prescribed medicines.’ 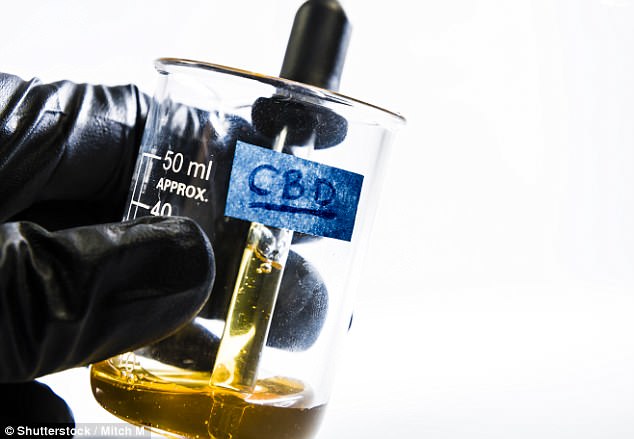 12 million adults in the UK see their GP with mental health problems each year, research from the The Mental Health Foundation has found.

Most of these suffer from anxiety and depression and much of this is stress-related. A shocking 13.3 million working days are lost per year due to stress alone.

CBD is believed to enhance the effects of your natural brain chemicals and receptors within the body’s own endocannabinoid system (a collection of cell receptors related to mood).

‘While CBD oil is by no means a cure for any form of stress, anxiety or depression, it can assist with symptoms and provide support to improve mood and wellbeing.’ 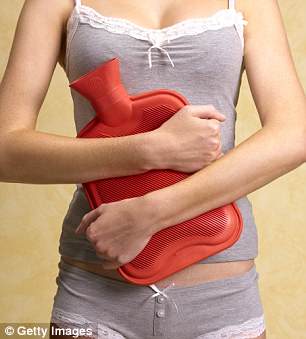 Endometrisos affects 1 in 10 women of reproductive age in the UK, and has no cure. It is a condition which causes the uterus lining to grow outside of the womb, causing pain, infertility and bladder and bowel problems

‘CBD oil is a supplement that helps you relax, lifts mood and promotes general feelings of wellbeing,’ says Dr Brewer.

‘Manufacturers are not allowed to make any claims relating to CBD oil, but anecdotal evidence suggests it can help to relieve discomfort in some long-term pain conditions.

The only way to know if it will help your particular condition is to try it’.

This piece originally appeared on and has been reproduced with the permission of Healthista.