She’s about to star in her ‘dream’ role.

Jennifer Hudson is set to play the late great Aretha Franklin in a biopic and she dished about it when she appeared on Wednesday’s episode of The Ellen DeGeneres Show.

Check her out: Jennifer Hudson gushed about playing Aretha Franklin in a biopic when she appeared on The Ellen DeGeneres Show, due to air on Wednesday

The 37-year-old said Aretha had even requested her for the role before she died on August 27, aged 76.

‘It blows my mind,’ Jennifer continued. ‘I’ve always looked up to Aretha and to portray her…I cannot even speak about it because it’s like, “Oh, that’s a huge task.” ‘

Condensing the career of the 18-time Grammy winner into a few short hours won’t be easy, she added. 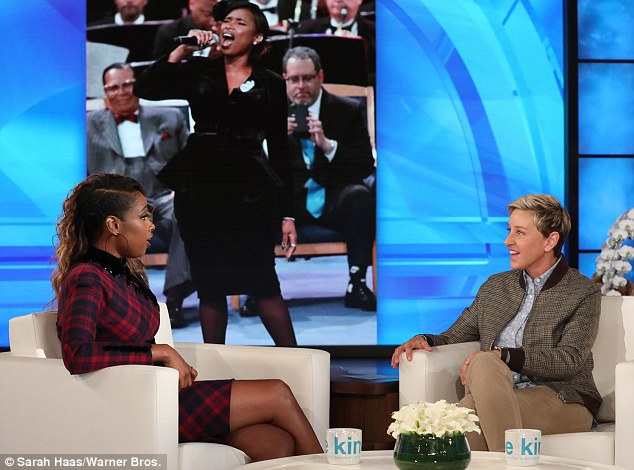 ‘It blows my mind’: The 37-year-old told the host that Aretha had requested her for the role

‘Think about it: It’s not just two, three decades of a career,’ Jennifer said.

‘This woman had a lifetime of a career. That’s like 70 years. I cannot even begin to imagine how long it’s going to take to cover.

However, Hudson seemed up for the challenge.

Music icon Clive Davis confirmed Jennifer had landed the role at the beginning of the year. 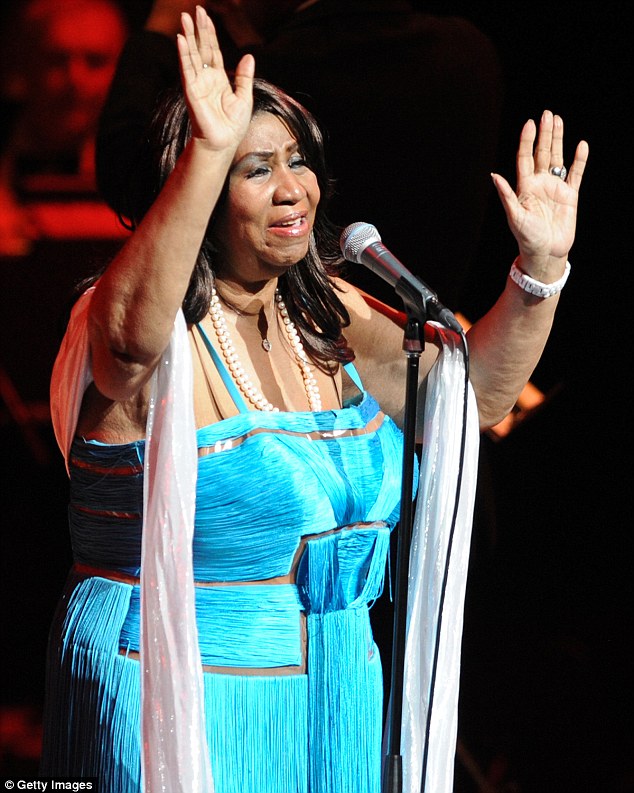