Jenny Mollen opens up about having pre-natal depression

Jenny Mollen is proving herself to be one professional mommy blogger as she documents her pregnancy on Instagram.

The actress, who is married to fellow star Jason Biggs, is currently expecting her second child and has shared everything from nude baby-bump photos to videos of herself suffering from morning sickness with her followers.

But in her latest Instagram story she took a more serious turn, admitting that she may be experiencing prenatal depression.

Getting real: Actress Jenny Bollen, 38, has opened up about the depression she is experiencing during her pregnancy

Putting it out there: She explained that the topic is something that people need to talk about more 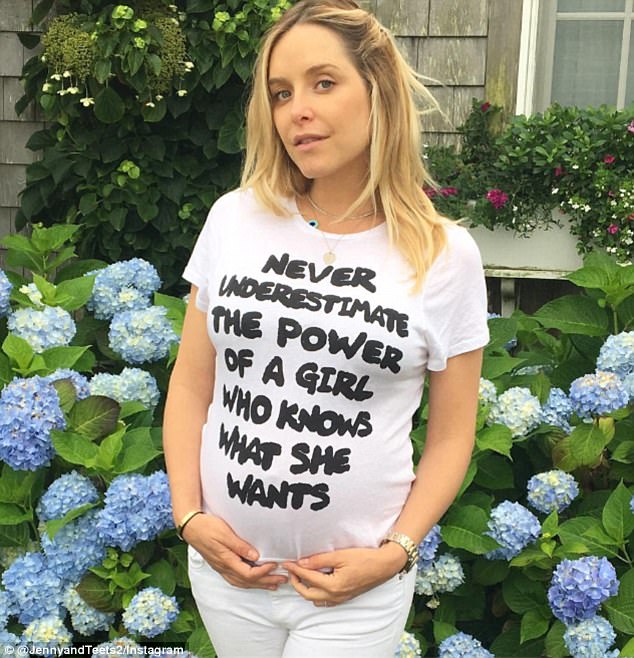 Tough cookie: She also revealed that she experienced the depression in her first pregnancy

‘I could already be in a depression; I’m sorry, but it’s true,’ she said in the recent video, reported by Yahoo. ‘I think that it’s chemical. I think that people don’t talk about it enough, so I guess I’m preparing myself now.’

She also posted a black and white mirror selfie directing people to the story, writing in the caption: ‘Prepartum Depression… it’s what often happens to expectant moms who are awake in the world.’

In her story, she explains that she was in bed with a cold and was expecting to be feeling low after experiencing something similar during her previous pregnancy.

‘I just want you to know whatever you’re feeling right now, like, if you’re waking up in the middle of the night with night terrors or dreaming about your dead dog or picturing your house on fire, that you’re not alone,’ she said. ‘It’s very normal.’ 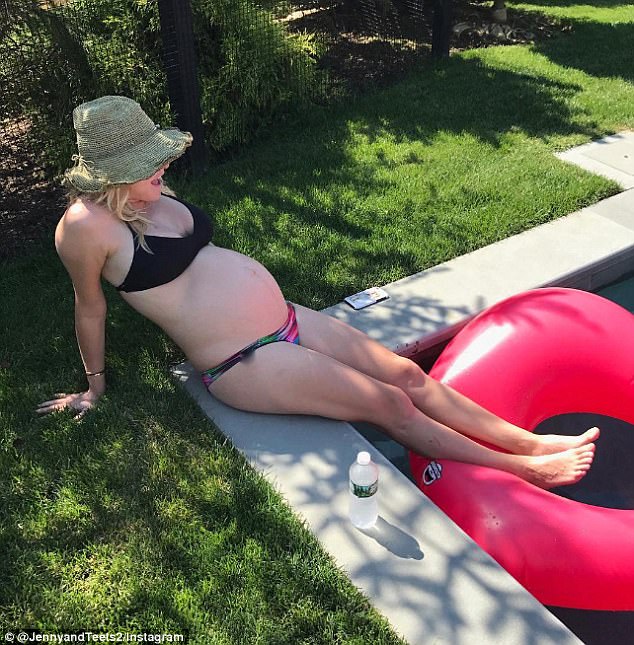 Lounging: Jenny added to followers that may have the same feelings that they are ‘not alone’ 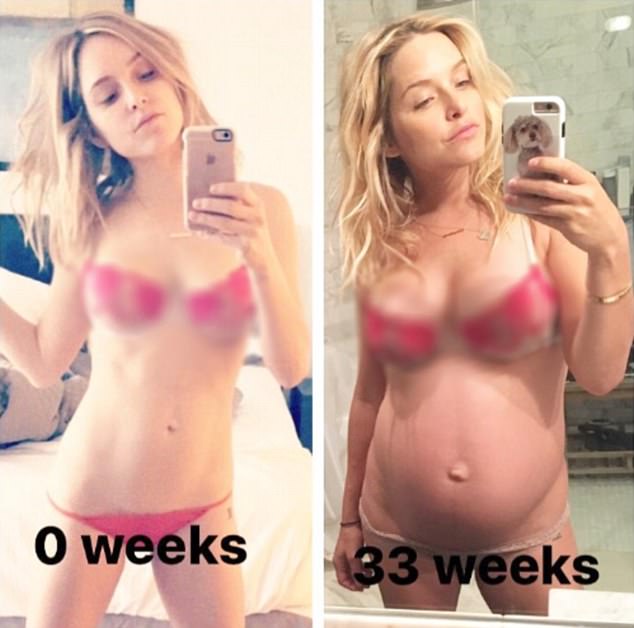 Bumpin’ along! She took to Instagram last month to share a before and after pic of her changing figure 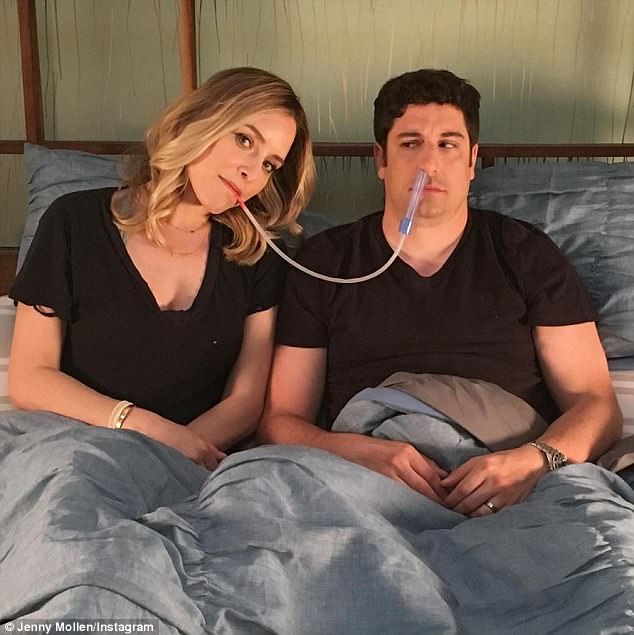 #numbertwo’: In April, the star and husband Jason announced they were expecting their second child

According to the American Congress of Obstetricians and Gynecologists, around 14 to 23 per cent of women could experience depression during their pregnancy, caused by hormonal changes.

Jenny revealed recently that she also has placenta previa. According to The Mayo Clinic , the condition ‘occurs when a baby’s placenta partially or totally covers the mother’s cervix; the outlet for the uterus.’ It can also ’cause severe bleeding during pregnancy and delivery.

‘You’ll be shocked how fast you can just wake up one day and be in the darkest place and think, “What’s wrong with me? I’m a new mom. I should be so happy. Everybody else is telling me how lucky and happy and amazing things are,”‘ she said. ‘Don’t buy into that s***. If you feel bad, please get help.’ 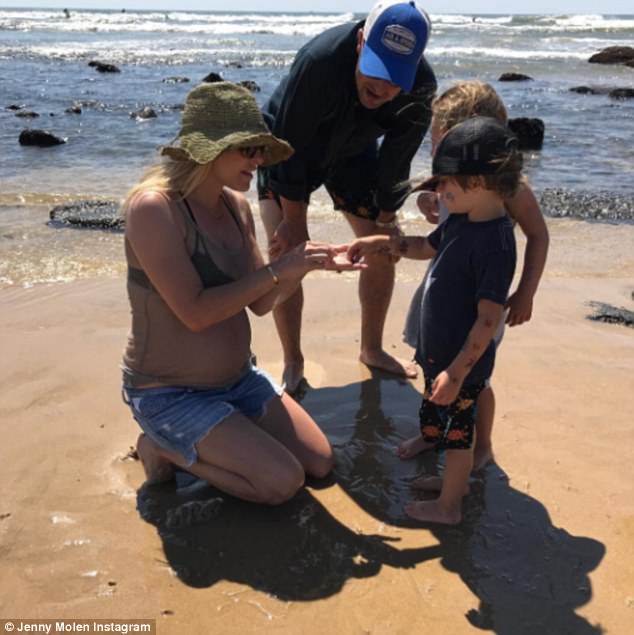 Big brother: The couple of nearly 10 years are parents to son Sid, three 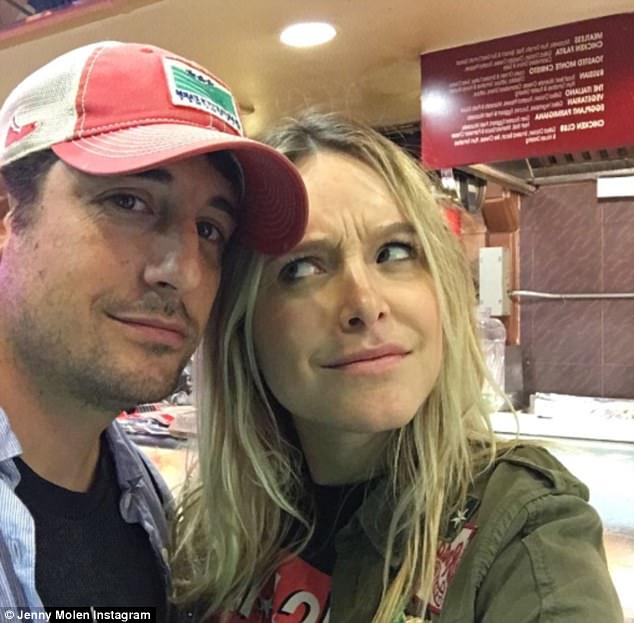 ‘I expected to have to be cut open again’: In June, Jenny revealed she has placenta previa

Jenny has been regularly sharing the progress of her pregnancy on Instagram, even sharing comparison photos to show her changing figure.

Last month she posted a pair of images in matching underwear, with the mom looking to be make-up free with tousled hair.

‘Can I just keep the boobs?’ questioned the actress in the photo’s caption.

In April, the star and husband Jason announced they were expecting their second child. They welcomed son Sid, three, in February 2014.

The couple, married since spring 2008, took to Instagram to break the news.

‘This is how I told my son babies are made,’ she wrote, followed by an appropriate hashtag. ‘#numbertwo.’