Britain is expected to get its first proper taste of winter at the end of this week, with temperatures plunging towards zero.

And Jenny Powell looked ready for the chilly weather as she stayed warm in a camouflage coat on Friday while joining former Real Housewives of Cheshire star Leanne Brown for a dog walk.

While TV presenter, 52, is frequently spotted out, it comes as a rare public outing for Leanne 43, who exited the Real Housewives show in 2018 after she accused her co-star Dawn Ward of failing to repay a £500k debt.

Fresh air: Jenny Powell stayed warm in a camouflage coat with a faux fur collar as she joined former Real Housewives of Cheshire star, Leanne Brown, for a dog walk on Friday

Leanne turned heads in an electric blue padded jacket which she paired with a £230 Moncler hat.

Underneath she wore a black top and leggings, while Jenny sported grey jogging bottoms.

The TV personality left her raven tresses in a natural wave beneath a black beanie, and wore minimal make-up.

Leanne styled her blonde locks in a straight style as she chatted to her friend. 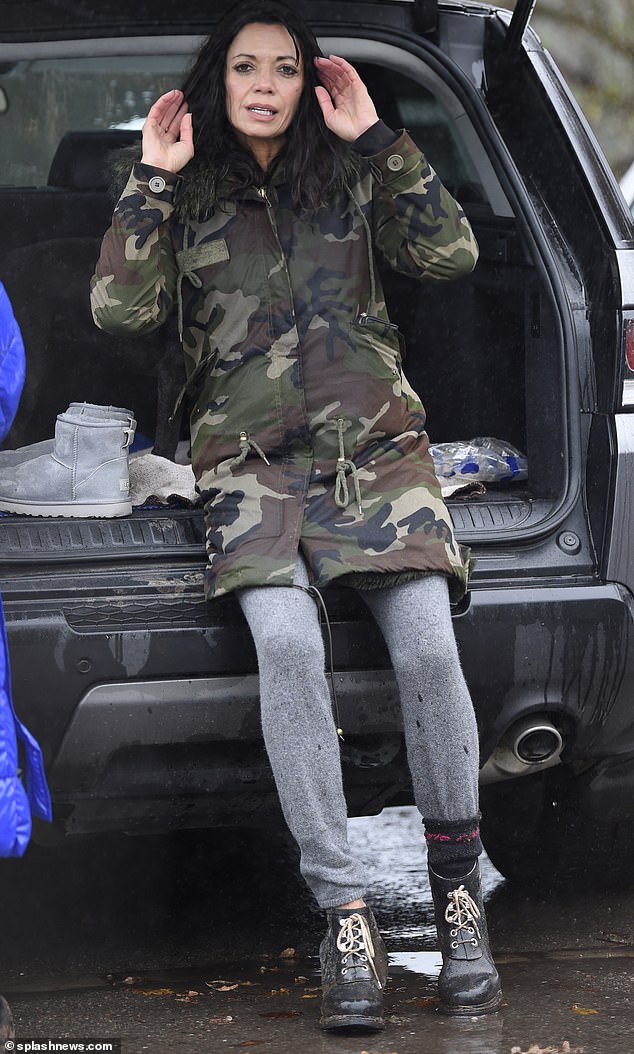 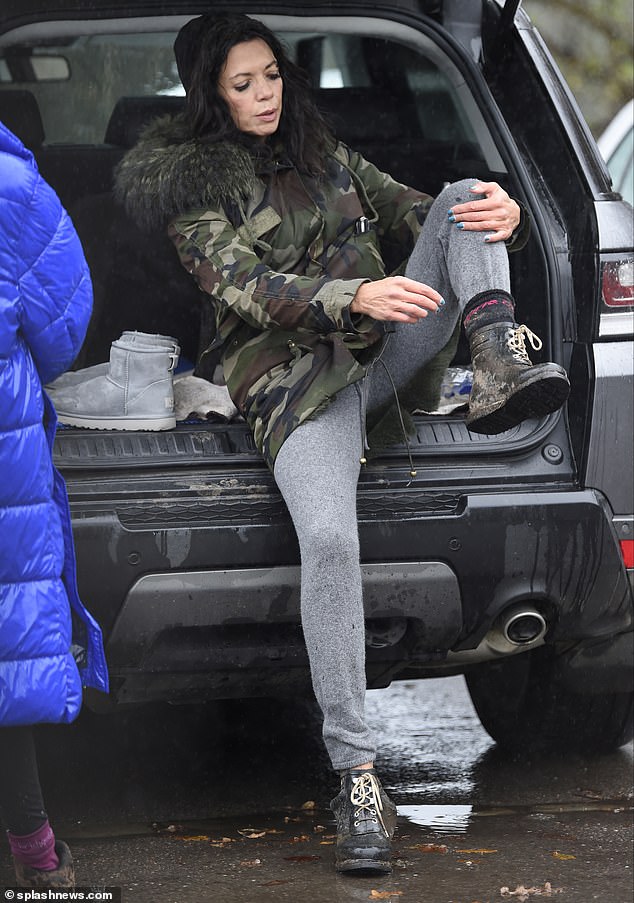 Home time: The duo wore heavy-duty walking boots as they strolled across the muddy terrain with their darling pooches before heading back to their vehicles to change footwear

The duo wore heavy-duty walking boots as they strolled across the muddy terrain with their darling pooches.

Jenny was seen leaning on the back of a vehicle as they concluded their walk and changed footwear for the ride home.

The outing comes after the former Wheel of Fortune host was spotted grabbing a coffee with her fiancé Martin Lowe in Hale Village, Cheshire, last Wednesday.

She’s been going strong with the sports therapist ever since they met at a coffee shop four years ago. 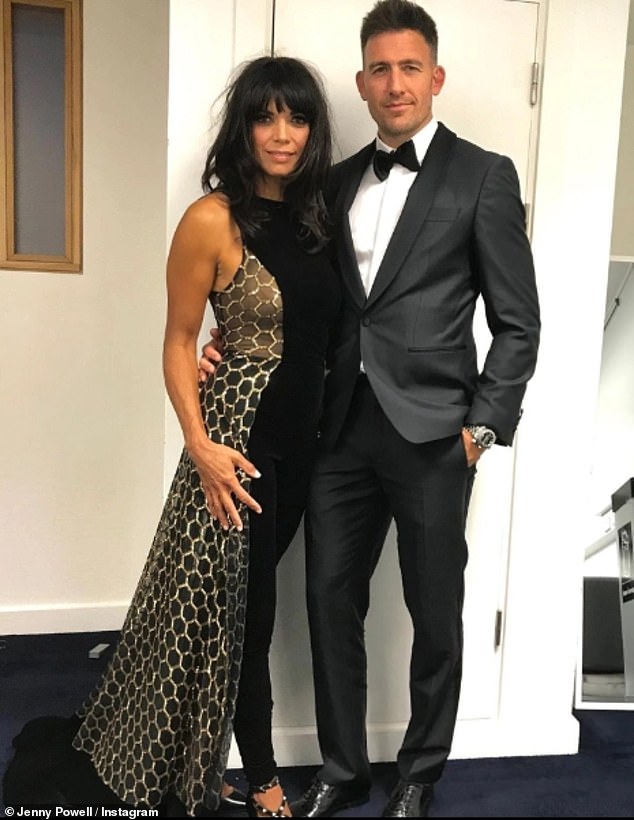 Handsome couple: The outing comes after the TV personality was spotted grabbing a coffee with her fiancé and partner of four-years, Martin Lowe last Wednesday 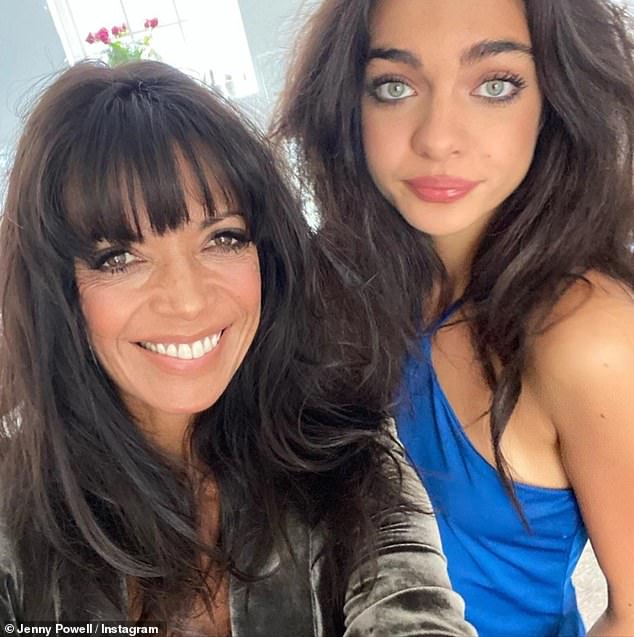 Like mother like daughter: Jenny shares children, Pollyanna, 19 (pictured), and Constance, 12, with her ex-husband, Toby Baxendale, who she separated from in 2009

Jenny shares children, Pollyanna, 19, and Constance, 12, with her ex-husband, Toby Baxendale, who she separated from in 2009.

The couple met in Manchester’s Discotheque Royale club when she was just 21 and he was 18 and they now share daughters, Halle, 17, Lilia, 13 and Lola, nine.

She previously starred on The Real Housewives of Cheshire, but decided to exit the show after tensions reached an all time high over money allegedly owed by her friend turned foe, Dawn Ward, 47.

According to the star, she enlisted the help of lawyers to prise the money back, but she ultimately decided to write of the alleged £500k debt in 2019. 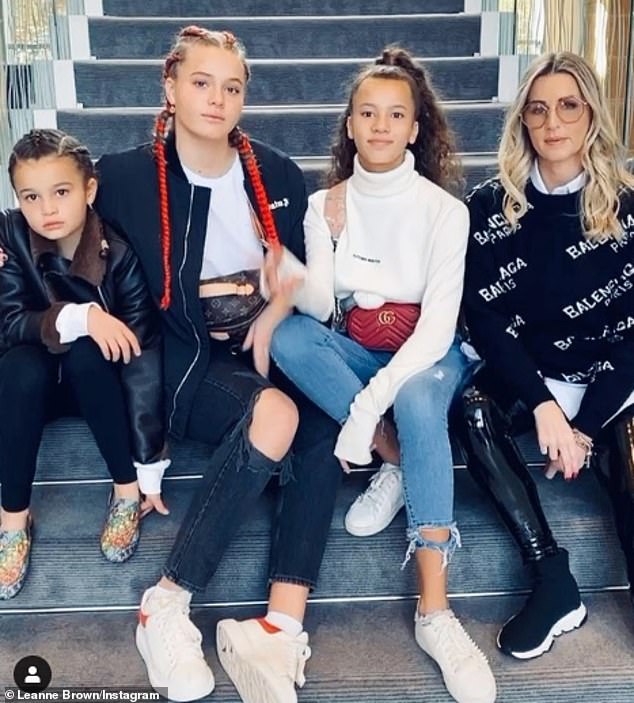