Jeopardy! host Alex Trebek’s wife Jean says something was ‘off’ before his cancer diagnosis

Jeopardy! host Alex Trebek’s wife Jean Trebek has written a candid new blog post revealing the moment she knew something was ‘off’ before finding out about his stage four pancreatic cancer diagnosis in 2014.

Writing in an essay for Guideposts, Jean,  56, explained how she noticed a change in color in Alex, 80, while they were on vacation in Israel.

‘We’d gone to Israel to visit the sites of the Holy Land in December 2018, taking our son and daughter, Matthew and Emily, then 27 and 24,’ she revealed of the moment. ‘We’d finished dinner one night, and I looked across the table at Alex. His coloring seemed off. “You feeling okay?” I asked.

Touching: Jeopardy! host Alex Trebek’s wife Jean has written moving essay on how she knew something was ‘off’ before his cancer diagnosis, for Guideposts

Jean then reveals that despite Alex saying he was fine – explaining he is ‘never one to complain’ – the stomach issues still persisted and they ran some tests with doctors when they were back home in California.

After hearing back from doctors that there were ‘some concerns’ the couple – who have been married since 1990 – suddenly cut short a trip to New York that they were on.

She then describes the moment that back in LA at Cedars-Sinai hopsital, the doctor revealed Alex had stage four pancreatic cancer, with a tumor that had spread to the soft lining of his stomach.

‘It felt as if the bottom dropped out of my world. Again. Alex has been everything to me. I met him when I was 21, a challenging period in my life. His friendship – we were friends for a long time before becoming a couple – changed my life.’ 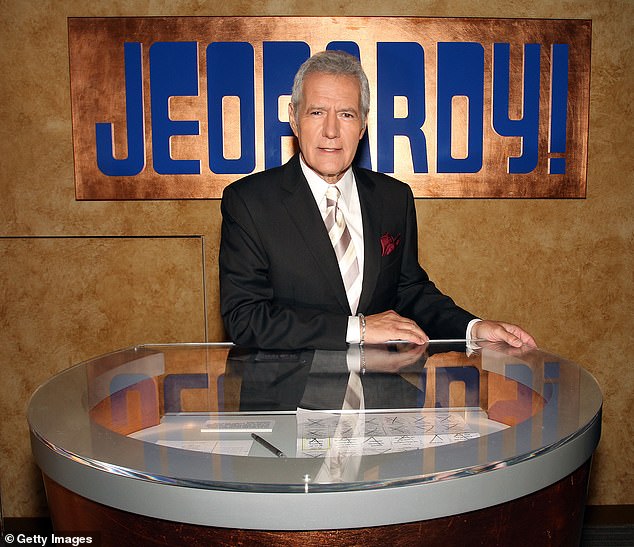 Host with the most: Alex is bravely battling stage four pancreatic cancer, and recently released his memoir ‘The Answer Is …: Reflections on My Life’

Jean then goes on to detail how her initial friendship with the Jeopardy! host helped her through one of the most painful experiences of her life – losing her older brother Chris, who was killed in a car accident in 1987.

‘Now, almost 35 years later, came this grim diagnosis. All the terrible pain and loss I’d felt at Chris’s death came back. Only my faith in God’s ultimate goodness and love had gotten me through that period of my life.’

She adds: ‘Then I met Alex, as if the Lord had led me through my grief to the man I would love forever. I couldn’t imagine my life without him. Could I accept this diagnosis? Could my faith sustain me now? Could I be strong for Alex and myself?’

Jean said she began to wonder how long they had as a couple after he began receiving chemotherapy but writes, ‘More than a year and a half later, we’re still at it, every day a gift.’ 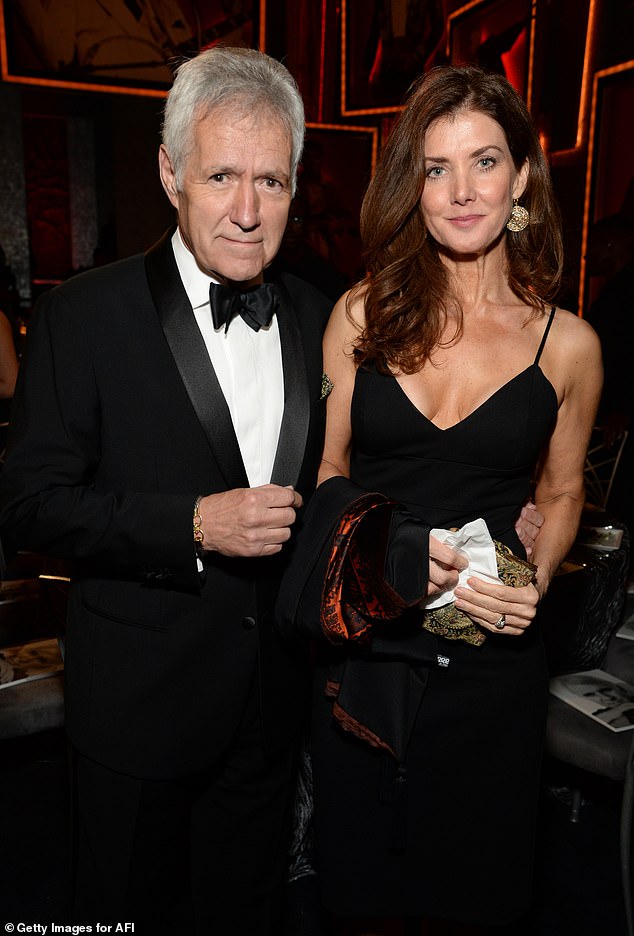 Support system: Jean reveals how she has changed her husband’s diet to a more vegetarian style as well as giving him protein shakes in the morning as she continues to care for him

The legendary TV host has ‘never missed taping the show’ since his diagnosis, and Jean says that getting to the studio every morning at 5:45am ‘rejuvenates’ him.

Now, Jean says that the whole family are doing their best to stay positive. She’s shifted Alex’s diet to more vegetarian food, including quinoia pasta which he likes. Due to the effects of the chemo, he will often lose his appetite and Jean will give him a protein shake in the mornings.

Jean reveals that they eat one big meal a day at 5pm, ‘Then we watch Jeopardy!’ she writes, adding: ‘Of course, he knows most of the answers, but he never tells me! Sometimes I play along like any other fan. And I am a big fan.’

However, there are testing times when Jean admits the situation can get tough for her.

‘Truth to tell, some days I feel really sad and angry. Then I’ll say, “That’s enough, Jean.” I’ll try to do something for someone else to pull myself out of it. Not just for Alex but for one of our friends.’

‘Sending a reassuring e-mail, calling someone, sharing a cup of tea. Opening myself up. Accepting what’s happening. Thank goodness, I had already started insidewink.com, a lifestyle website, and my blog on the site is a way to share our journey with others.’

Meanwhile, Alex recently released his memoir ‘The Answer Is …: Reflections on My Life’ which revealed that he has already survived a car crash, two heart attacks and brain surgery.