Jeremy Corbyn last night launched a vitriolic attack on the Press over the Czech spy affair – but failed to offer an explanation for his Cold War conduct.

The Labour leader flatly denied being ‘a Czech spy’, but then dodged detailed questions on his meetings with the East European agent.

His office also firmly rejected demands for him to order the release of any other Soviet bloc intelligence files that may be held on him.

Instead, he tried to deflect the row with a video message on social media that blamed the media for the furore over what he claimed were ‘ridiculous smears’.

He said the stories demonstrated ‘just how worried the media bosses are’ by the prospect of a Labour government.

Mr Corbyn appeared to sign off with a threat to newspaper owners, saying: ‘Well, we’ve got news for them: change is coming.’

One of Mr Corbyn’s shadow ministers, Clive Lewis, went further last night, saying the party should launch a clampdown on the Press by reviving plans for Leveson II, the second part of a public inquiry to look into phone-hacking and the relationship between the media and the police.

The Labour leader’s statement followed days of revelations about his meetings with a Czech spy in the 1980s.

Yesterday, it emerged that Jan Sarkocy had told his bosses that the then MP could be a useful source and he had ‘an active supply of information on British intelligence services’.

Last night, Tory MP Jacob Rees-Mogg condemned Mr Corbyn’s attack on the media, saying: ‘This is troubling – no one who believes in democracy and the rule of law should threaten free speech. It is the response of totalitarians and a reminder of the controlling nature of socialism.’ 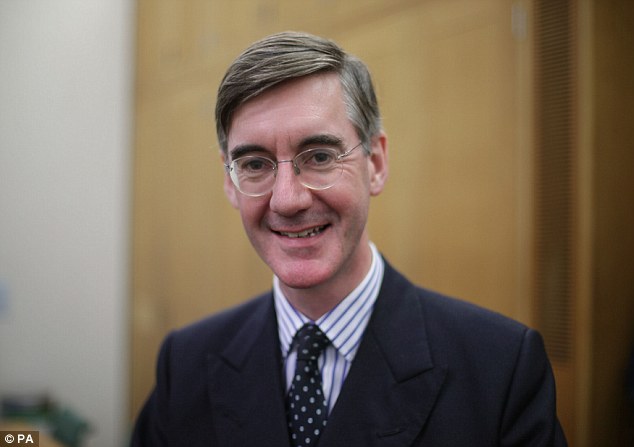 Last night, Tory MP Jacob Rees-Mogg condemned Mr Corbyn’s attack on the media, saying: ‘This is troubling – no one who believes in democracy and the rule of law should threaten free speech. It is the response of totalitarians and a reminder of the controlling nature of socialism’

Mr Corbyn has been under growing pressure to disclose the true extent of his contacts with Eastern bloc agents during the Cold War since it was revealed last week that he met a Czech operative several times.

The Prime Minister said on Monday that Mr Corbyn needed to be ‘open and transparent’ as he faced renewed calls to give permission for all intelligence files held on him by former Eastern bloc countries to be made public.

Yesterday, the Daily Mail asked Mr Corbyn to give written consent for the release of any documents about him in the archives of the Stasi in Berlin, but his office refused.

The Labour leader was said to have been granted access by communist East Germany to go behind the Iron Curtain in the 1970s, where he travelled with his then-lover Diane Abbott.

Later, at a manufacturing industry conference in Westminster, Mr Corbyn was asked by the Mail how the business leaders could trust him to be prime minister when serious questions remain about his past and why he would not give consent for his Stasi file to be released.

In his first public remarks on the claims, an irritated Mr Corbyn replied: ‘Thanks for your question, I’m very sorry that the Daily Mail has reduced itself to reproducing some nonsense that was written in The Sun beforehand.’

When another reporter was called by the chairman to ask a question, Mr Corbyn stopped her, saying: ‘I thought this was a meeting at which engineering employers got to ask questions rather than the media.’ 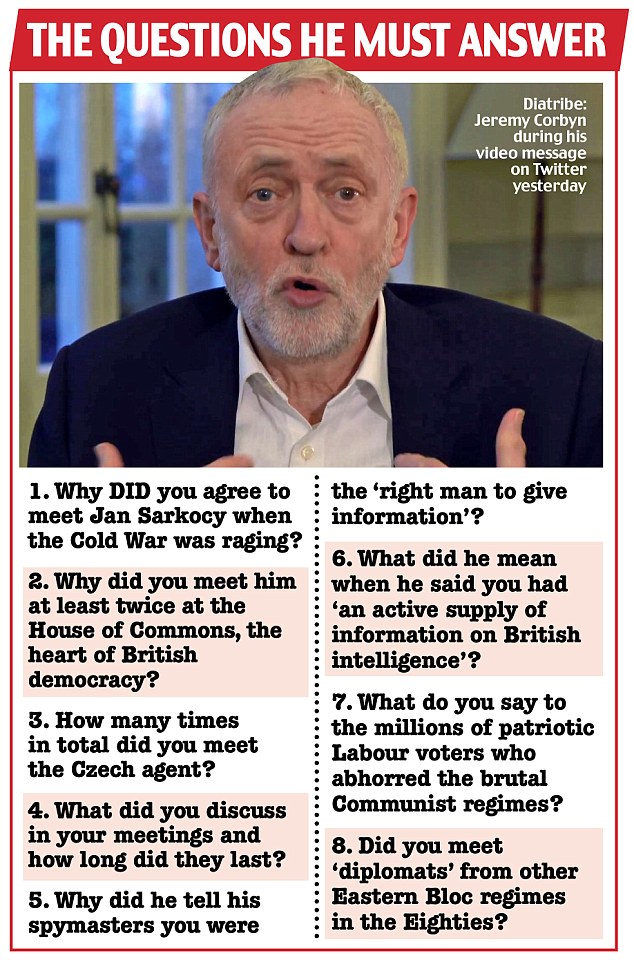 BBC Breakfast presenter Steph McGovern, who was chairing the event, jokingly asked Mr Corbyn at the end of the session: ‘Are you a Czech spy?’ He replied: ‘No.’

Hours later, Mr Corbyn posted a 104-second film on Twitter telling newspapers they should be worried about the prospect of a future Labour government.

In the video, he said: ‘In the last few days, The Sun, The Mail, The Telegraph and The Express have all gone a little bit James Bond.

‘They’ve found a former Czechoslovakian spy whose claims are increasingly wild and entirely false. It’s easy to laugh, but something more serious is happening.

‘Publishing these ridiculous smears that have been refuted by Czech officials shows just how worried the media bosses are by the prospect of a Labour government.

‘They’re right to be. The general election showed the media barons are losing their influence and social media means their bad old habits are becoming less and less relevant.

‘But instead of learning these lessons they’re continuing to resort to lies and smears.

‘Their readers, you, all of us, deserve so much better. Well, we’ve got news for them: change is coming.’ 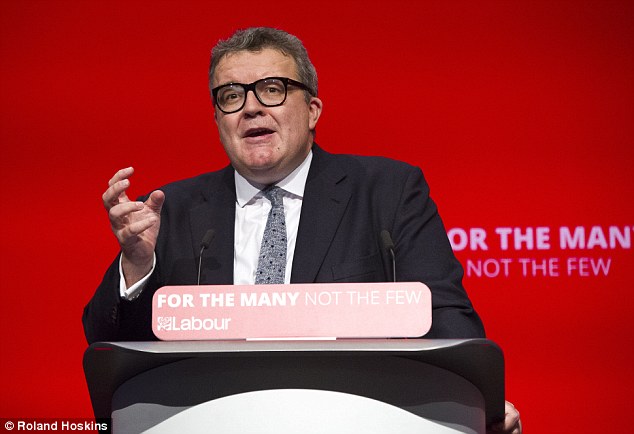 Mr Corbyn’s deputy, Tom Watson, joined the attack on the Press, saying the stories about Mr Corbyn were ‘false and ridiculous smears’.

His comments came despite the fact he was forced to apologise for making baseless accusations about the late Conservative home secretary, Leon Brittan, being a paedophile.

In 2015, Mr Watson apologised to Lord Brittan’s widow for causing distress after he described him as being ‘as close to evil as any human could get’ days after he died. The accusations were later shown to be false.

Last night, a spokesman for the authorities responsible for the Stasi archive was reported to have told The Guardian they can find no file which mentions Mr Corbyn.

But another official at the archive said it was possible Mr Corbyn could still be the subject of a file or mentioned in one as there were a huge number of documents.

The Sun said it would continue to ask inconvenient questions regardless of ‘how many times we are threatened with “change”.’

A spokesman said: ‘We would urge Mr Corbyn to answer the questions that have already been put to him.’