Jeremy Hunt has spoken for the first time about losing his baby sister in a ‘terrible accident’.

The Foreign Secretary revealed his sister died when she was just a few months old and he was aged two.

The terrible episode emerged as Mr Hunt was interviewed as part of the Tory leadership contest on ITV’s Peston programme last night.

Presenter Robert Peston raised the tragedy, which happened 50 years ago, saying: ‘This must have affected you, this is the sort of tragedy that has a profound effect on families.’

On ITV’s Peston last night, Jeremy Hunt revealed his sister died when she was just a few months old and he was aged two 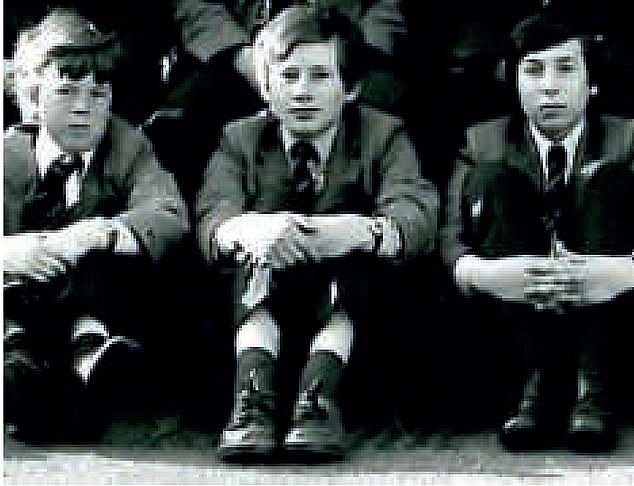 Mr Hunt, pictured centre as a schoolboy, is the elder son of Admiral Sir Nicholas Hunt, a former Commander-in-Chief of the Fleet, and wife Meriel

An apparently taken aback Mr Hunt said: ‘Well I don’t talk about that normally, and I wouldn’t say it is something that’s affected me emotionally because she was only a few months old when she died in a terrible accident.

‘I was too young to ever remember it, but I do know it affected my parents.’

Peston broke in: ‘It must have affected you, don’t you think? This is the kind of tragedy that has a profound effect on families?’

Mr Hunt replied: ‘I was only two years old so it’s not something I have any memories of.

‘Maybe when I met parents who lost children in the NHS… maybe that triggered something in me.’

Mr Hunt is the elder son of Admiral Sir Nicholas Hunt, a former Commander-in-Chief  of the Fleet, and wife Meriel. He has a younger brother, Charlie.

Posting on Twitter this morning, Peston admitted he had ‘upset’ viewers by pushing Mr Hunt on the issue.

‘I have upset many of you by asking about this. But it was not a ‘gotcha’ as you seem to think. I told @Jeremy_Hunt well in advance I had heard of this terrible family event in his life and asked if he would be happy to talk about it. He said yes.

‘My view was that it would aid understanding of him if he talked about it. Maybe I was wrong.

‘Maybe I asked the questions clumsily. But I would never have entered such difficult private space without the permission of the interviewee.

‘Sorry though to have upset so many of you.’ 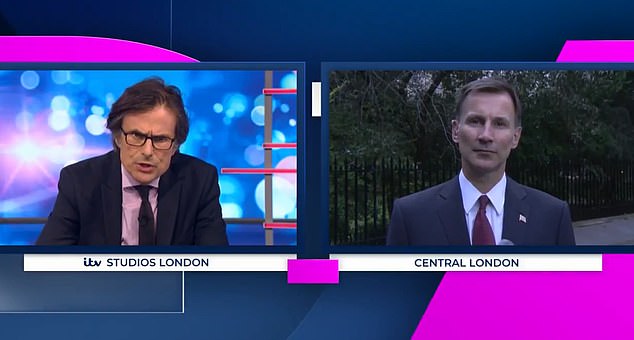 Presenter Robert Peston apologised for upsetting people by raising the tragedy, which happened 50 years ago