Patients may one day be diagnosed by computers, not doctors, according to health secretary Jeremy Hunt.

Mr Hunt said: ‘So what might medicine look like when the NHS is 80 [in 2028]? Well, the first thing is we may well not be going to doctors for a diagnosis, we might be going to computers instead’.

Artificial intelligence could help in diagnosing patients by analysing X-rays and samples to determine conditions such as cancer, according to NHS England bosses.

In as little as a decade’s time, patients may even be diagnosed with disorders before they develop symptoms as DNA screening is set to become accessible to the masses, Mr Hunt said.

The future will also see patients being able to declare their wishes about sensitive subjects such as organ donation and end-of-life care through apps, Mr Hunt added.

Patients may one day be diagnosed by computers, not doctors, according to Jeremy Hunt

Robots could soon be caring for dementia patients, a Lancet Commission report suggested in July.

Technological advancements mean gadgets and apps are already being introduced into dementia care.

Devices like GPS trackers are used to ensure patients do not get lost, while monitors in the home can detect falls and tell if the phone or television is being used, which then sends this information back to family and carers.

Some dementia patients wear smartwatches, which collect data on their sleep and eating patterns, blood pressure and sugar levels for analysis by doctors, researchers and carers.

And interactive technology, including virtual reality, and specialised apps and computer games, have been introduced to care homes to help calm patients with dementia.

Electronic calendars and speaking reminders can also help patients tell the time or remind them to do simple tasks such as washing their hands.

‘We may well not be going to doctors for a diagnosis’

Speaking at the NHS Expo conference in Manchester, Mr Hunt said: ‘The changes in medical innovation are likely to transform humanity by as much in the next 25 years as the internet has in the last 25 years.

‘So what might medicine look like when the NHS is 80 [in 2028]? Well, the first thing is we may well not be going to doctors for a diagnosis, we might be going to computers instead, who will be looking at the 300,000 biomarkers in every single drop of blood, mashing that with big data information about everyone else’s biomarkers.

‘And when we do go to a doctor, he or she may will be comparing your medical record with our fully sequenced genome and giving us much more accurate predictive information.

‘We may be in a world where if we show any symptoms of a disease, we consider that a sign of failure – because the name of the game will be to catch diseases when we are asymptomatic and we have a much better chance of being able to nip illness in the bud.’

Mr Hunt also wants patients to be able to view their GP interactions on an app ‘as simply as you can look at your entire order history on Amazon.’

He also hopes patients can one day declare their preferences for end-of-life care and organ donation through apps.

Mr Hunt said: ‘In organ donation where there is a big debate about opt-out and opt-in, we think that it should be as easy as loading up an app on your smartphone to change your preference.

‘We are very keen to boost the number of organs that are available for transplant and we think this is a very easy way to do that and gives us the opportunity to prompt people to express a preference actively through technology that they might not otherwise do.

‘And this is going to take a bit longer to get right but this also gives us the opportunity for people to express their end-of-life preferences online and in particular that crucial piece of information as to whether people would prefer to die at home or in a hospital setting.

‘If we can get that information early enough and get it agreed early enough then it means we can give a much better end-of-life experience.’ 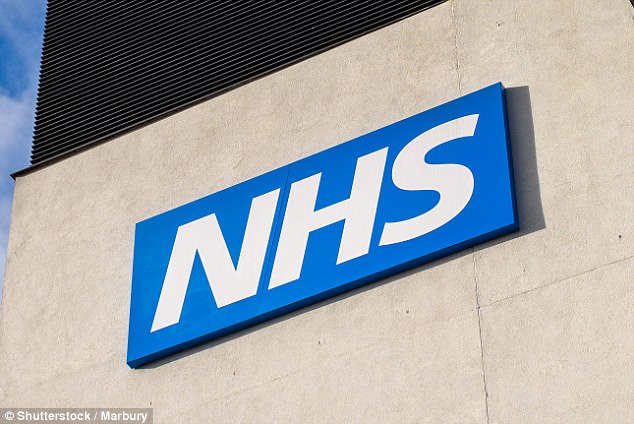 ‘AI is better than doctors at diagnosing certain conditions’

NHS England medical director Professor Sir Bruce Keogh said: ‘We know from a number of studies that have been done that in certain circumstances AI is better than doctors at diagnosing certain conditions.

‘It’s possible that certain types – and there are many different types of AI – will be able to read X-rays. I’ve been told by people who are developing this sort of stuff that’s within a four-year time frame.

‘All of this takes us into very new territory and it’s not a long way over there, it’s actually here now.’

NHS chief executive Simon Stevens told delegates: ‘We have great opportunity to get smarter about the way we are using AI and machine learning with data sets to improve the quality of clinical care.’

Mr Stevens added NHS England will be investing funds into the development of AI over the next year.