Another Jeremy Kyle Show guest has slammed the programme claiming he considered killing himself after being disowned by his family and made homeless when he was ‘falsely accused of theft’.

Harry Henson, 30, appeared on the ITV show in 2015 and wanted to take a lie detector test to prove his innocence after being accused of stealing a set of golf clubs from his mother’s partner.

But Mr Henson, of Barnet, is adamant the test was wrong after it indicated he was the thief and said the stress made him ‘relapse into cocaine and cannabis’.

Producers of the show have said over the years that the test is not 100% accurate but Mr Henson claims the result made him ‘suicidal’ and sleeping on benches.

It comes after the suspected suicide of Steven Dymond, 63, who recorded a lie detector segment last week but was found dead at his home in Portsmouth days later.

Harry Henson, pictured, has slammed The Jeremy Kyle Show after claiming an appearance in 2015 left him feeling suicidal 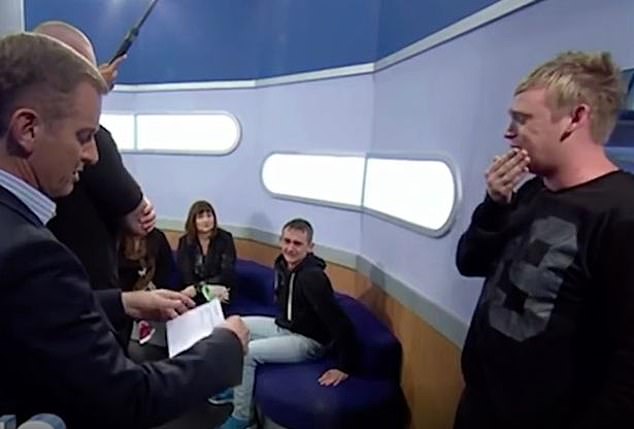 Mr Henson, pictured centre on the show, took a lie detector test which suggested he stole golf clubs from his mother’s partner, which he denied. He said the result was false and led to his family disowning him

Speaking about his experience, father-of-three Mr Henson told the Mirror: ‘It was distressing, I was crying most of the time. I even walked up to the train station and was standing there going, ‘I can’t f***ing do this anymore, it’s a joke’.

‘I had a really bad experience. I’m glad they can actually see it now for what it is. It’s meant to be a talk show, it’s not meant to bring vulnerable people there and take the p*** out of them and then tell them to bugger off home after ruining your life.

Mr Henson has also added to criticism of the aftercare service provided by the show, with Mr Dymond’s landlady claiming the producers didn’t try to contact him until it was too late.

He said: ‘Pretty much the care after that was rubbish – it felt like I got abused in a way, like I was taken the p*** out of.’

Mr Henson added he was then ‘shoved in a taxi’ and left to deal with four panic attacks outside ITV Studios on his own, and later was offered ’10 minutes with a psychologist’.

He added he felt ‘very sorry’ for Mr Dymond and claims the programme ‘ruins lives’.

Mr Henson said his family apologised to him after the golf clubs were found a few months later, but that it has taken four years to completely repair the wounds between them. 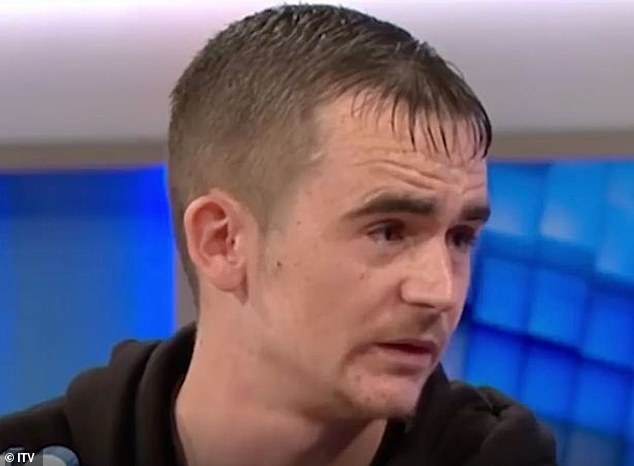 The father-of-three, pictured on the show in 2015, said the programme ‘ruins lives’ 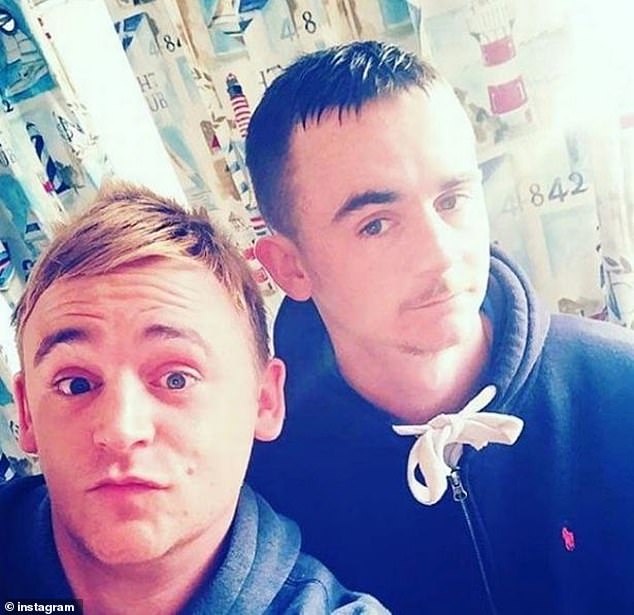 Mr Henson, right, said it has taken him years to reforge relationships with his family, including brother Charlie, left

In a statement, ITV defended its aftercare procedures and said it maintained its duty of care towards guests.

The statement said: ‘ITV has many years experience of broadcasting and creating programmes featuring members of the public and each of our productions has duty of care measures in place for contributors.

‘These will be dependent on the type of show and will be proportionate for the level of activity of each contributor and upon the individual. All of our processes are regularly reviewed to ensure that they are fit for purpose in an ever changing landscape.

‘In the case of The Jeremy Kyle Show, the programme has significant and detailed duty of care processes in place for contributors pre, during and post show which have been built up over 14 years, and there have been numerous positive outcomes from this, including people who have resolved complex and long-standing personal problems. 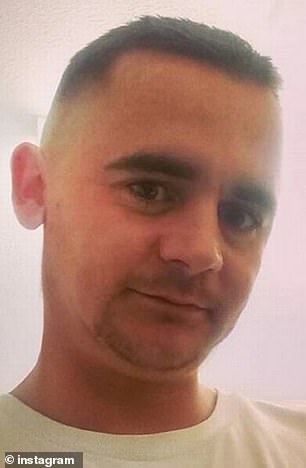 Mr Henson, pictured, claimed the aftercare was poor and said he was ‘put in a taxi’ and offered ’10 minutes with a psychologist’

‘An evaluation of their needs is also carried out at this time and should they require any ongoing service regarding the problem they discussed on the show then appropriate solutions are found for them. This could include residential rehabilitation, counselling, anger management, family mediation, child access mediation or couple counselling for example.

‘To continue best practice, we regularly review our processes.

‘As we have said, everyone at ITV and The Jeremy Kyle Show is shocked and saddened at the news of the death of a participant in the show a week after the recording of the episode they featured in and our thoughts are with their family and friends. We will not screen the episode in which they featured.

‘Given the seriousness of this event, ITV has also decided to suspend both filming and broadcasting of The Jeremy Kyle Show with immediate effect in order to give it time to conduct a review of this episode of the show, and we cannot comment further until this review is completed.’