Ray Meeks, 67 was released from prison last September after serving a sentence for murder

All weddings join two families — whether they are grand dynastic matches or something far more low-key.

Who hasn’t looked from one side of the church to the other and wondered how the two sides are going to get on?

And, in the case of the reported forthcoming wedding of Chloe Green, indulged only daughter of retail billionaire Sir Philip, and her beloved, Jeremy Meeks, an ex-convict turned model, the question will be even more pertinent than usual.

Ms Green, 27, is said to be pregnant by Meeks, whose smouldering police mugshot launched a modelling career that enabled him to leave behind his gangland roots.

Chloe, meanwhile, has been pampered since birth. Her life is one of Laurent Perrier champagne and designer handbags. She grew up in Monaco, appeared on reality series Made In Chelsea and had a short-lived career designing shoes, which were sold in Daddy’s TopShop stores.

A wedding is predicted ‘soon’ for the couple, who are living together in Los Angeles in a magnificent rented mansion, with a £120,000 Maserati sports car parked on the drive.

Over Easter, while her father cruised around the Galapagos Islands on his £100 million yacht and celebrated his 66th birthday with her mother, Lady (Tina) Green, Chloe was to be found meeting her boyfriend’s family in decidedly more modest circumstances.

In a picture posted by Meeks on Instagram, she is seen perched on a couch alongside his mother, grandparents, sister, brother and sister-in-law. ‘Nothing like spending time with the whole family,’ he wrote.

What is little known — and indeed may be news to Chloe — is that her intended is not the only one of the family with a criminal record. Far from it. 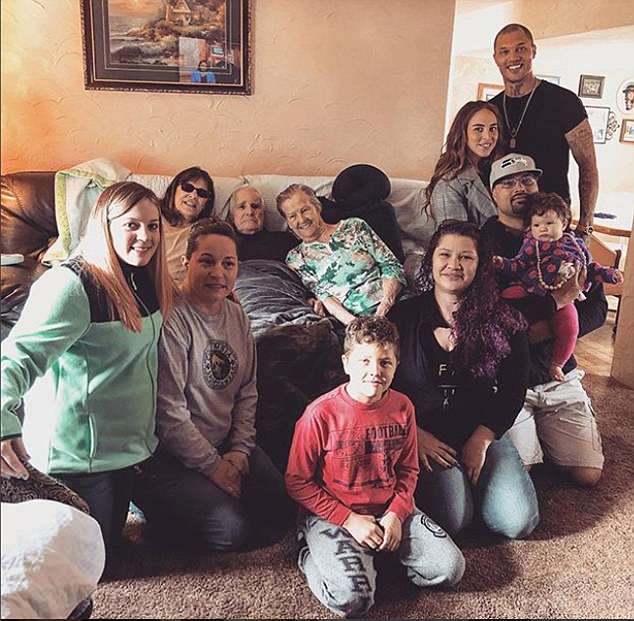 The worst offender is Meeks’s father — Sir Philip’s counterpart on the opposite side of the church aisle. As the Mail can reveal, his crimes are truly jaw-dropping.

Having been jailed in 1984 — when his son was only nine months old — for a brutal murder, in which he stabbed a woman 36 times and strangled her in a sustained five-hour attack, and for a rape of another woman, Ray Meeks has spent all but one year of his 34-year-old son’s life behind bars. He was released from prison only last September.

Meanwhile, Jeremy’s mother Kathy, 63, a former heroin addict, has a long criminal record for a string of offences.

She has been in prison numerous times, leaving Jeremy to be raised by an older sister, Leanna, from the age of 12.

Jeremy’s older half-brother Emery, 39, (they share the same father) served a community order for robbery and has a criminal record which includes buying booze for a minor.

Of course, Jeremy himself has a rap sheet of his own.

He became famous after police in Stockton, California, published his mugshot on their Facebook page in 2014 — he had been arrested on five weapons charges and for two gang-related offences. It led to him being dubbed the ‘hot felon’.

He had ‘NC’ for ‘Northern Crips’, referring to a notorious Californian gang he was believed to have belonged to, tattooed on his neck and a teardrop under one eye. This can symbolise having killed someone; having spent a long time in jail; or that you are seeking revenge for a murdered friend.

Jeremy was jailed for two years in 2014 after being convicted of possessing an unlicensed semi-automatic pistol. Before that he had been in court over offences including resisting arrest, negligent driving and identity theft.

He met Chloe at a party in Cannes in May 2017 — both were there enjoying the film festival — and they were first pictured canoodling on a yacht in July.

His wife, Melissa, by whom he has a son, said she felt hurt, betrayed and abandoned when she learned of the romance via the media. They are divorcing.

However, the story of Jeremy’s father’s crimes has never been told, and it does not make for easy reading.

Despite being in jail for virtually all of Jeremy’s life, he says he is in regular touch with his son, has spoken to Chloe, and even hopes to go to their wedding.

With his bald head and grandfatherly beard, he no longer cuts an obviously menacing figure — but Ray Emerson Meeks harbours a dark and brutally violent past.

Jeremy was born after Meeks Sr married Kathy Angier in July 1983. They’d divorced by June 1984, with Kathy taking out a restraining order against Meeks.

Directly after the marriage ended, Kathy started to live in the same house as Laura Leon-Melara, 20, in Tacoma, Washington, but in late summer 1984 she moved out and didn’t leave her new address.

On October 31, 1984, Ms Leon-Melara was found dead in her home by her mother. She had been stabbed 21 times in the chest, 15 times in the neck, beaten with a blunt instrument and strangled as her 18-month-old son slept in another room.

Police believe she was alive for most of the horrific, five-hour-long attack. They thought the motive was Ray’s search for his ex-wife.

A week after the murder, when he had been questioned and bailed pending charges, Meeks was accused of the rape and abduction of another woman.

She was taken from the car park behind a bar in Tacoma, put in his car and subjected to a sexual assault. He admitted rape, but denied kidnap.

Police records paint a picture of a man who seems to have been a proverbial ‘bad apple’ from the start. Born into what a police report called an ‘essentially normal’ family in Kansas, he left school aged around 14.

He was first arrested aged 15, for joyriding, and spent 17 months in a juvenile home. Shockingly, a pre-sentencing report on him notes: ‘He has a lengthy history of substance abuse dating back to age 11.’

The report said he had been a user of heroin since 1973, as well as substances including morphine, cocaine, alcohol and marijuana.

His criminal record runs to page upon page of microfilm police documents.

It includes robbery, burglary, breach of the peace, possessing stolen property, traffic offences and the sale of a controlled substance.

Before the murder, Ray was working on and off as a mechanic, ostensibly to support his then-wife, Kathy, and son, Jeremy, who was born in February 1984.

He fell under suspicion for the killing when it emerged that he had told co-workers Ms Leon-Melara’s throat had been cut. That detail had not been released to the media by police, who had said simply that she had died of stab wounds. He had also previously threatened to kill her because he thought she was helping to hide his ex-wife.

A pearl-handled hunting knife, thought to have been the murder weapon, was found in a bin behind apartments where he was staying. A neighbour also identified him as a man who had been knocking on doors looking for Laura in the house before her death.

Ray Meeks was tried twice for the murder, with the first trial ending in a hung jury; and the second, ending with a guilty verdict for first-degree murder.

A Department of Health and Social Services pre-sentencing report stated: ‘The defendant indicated that he does not recall committing any of the alleged offences and denies any guilt in either the murder or the rape. He does indicate that he has utilised large amounts of alcohol in the recent past and has engaged in substantial drug usage.

‘He estimated his alcohol intake as three-fifths a day [a fifth is a bottle of spirits the same size as a European wine bottle, i.e. 750ml] and indicated that he uses “a little bit of everything”, referring to drug usage, including heroin, cocaine, LSD . . . amphetamines and other drugs whenever they are available to him.’

The incarceration was particularly long because, according to court documents: ‘His conduct during the commission of the crime manifested deliberate cruelty to the victim . . .

‘Evidence established the defendant and victim were alone for a period of five hours, during which time the defendant stabbed the victim 15 times to the neck, moved her to another place in the room where he stabbed her 21 times in the chest, strangled her with a telephone cord, strangled her with his hands, beat her, and that the victim was alive through all of the foregoing with the possible exception of one strangulation.’

Ray Meeks, now covered in prison tattoos, was not in the mood to speak last week. He broke off from cleaning his blue Toyota car to say only of his son: ‘Look, I let him live his life and I live mine. I love him, and that is that.’

Meeks has previously said: ‘I talk to Jeremy all the time and I’ve spoken to Chloe. I am looking forward to seeing Jeremy again — it’s been a while.

‘He’s a good looking boy and I am proud of him. To me, he was famous when he was born. He’s beautiful and I love him.’

Jeremy now thinks that his path in life was influenced by his father’s. Previously, he has said: ‘My dad got a life sentence for murder when I was only nine months old.

‘Things were hard money-wise and I was always searching for a father figure: that person to look up to and take me under their wing, so I ended up in the gang life.’

In an interview last year he insisted that his criminal past would not overshadow his future with Chloe Green.

He declared: ‘I love her for her. It was only when we started talking more that she told me about her family and her background.

‘But I pay no mind to that and she pays no mind to my past either because the future is positive and we are very happy.

‘I just can’t wait for a day when I am seen as Jeremy Meeks and not just a “Hot Felon”.

‘Am I a felon? Yes. Do I have brighter things in my future? A thousand per cent.’

MUGSHOTS OF A FAMILY OF FELONS 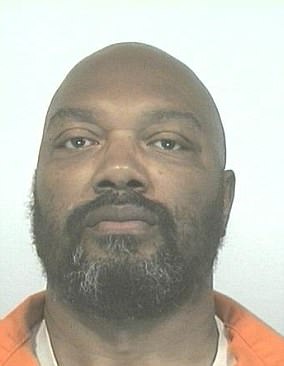 His first conviction was for joy riding as a teen. He was paroled after a robbery in 1968 and let off with a warning for marijuana possession in 1975. In the same year, he was fined for breaching the peace, and in 1978 convicted of carrying a concealed weapon.

He was fined three times for driving while his licence was suspended between 1980 and 1983, and jailed for being drunk behind the wheel in 1981. In 1983 he pleaded guilty to the unlawful sale of a controlled substance; in 1984 he was jailed for rape. He was found guilty of the murder of Laura Leon-Melara in 1985. 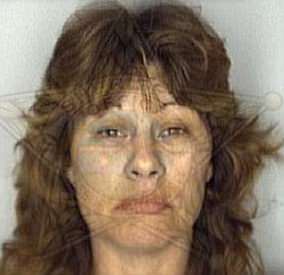 Convicted of aggravated battery on a pregnant female in 1998. Twice convicted of obtaining property for a worthless cheque (a cheque without funds to cover it) in 2004. In 2008, she was convicted of drink-driving in Cook County, Minnesota, and of the same offence in St Louis, Virginia. 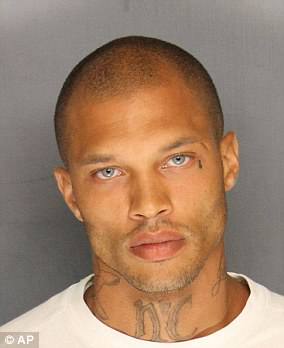 There was also a conviction for ‘robbery and corporal injury to a child’ — he beat a 16-year old ‘to a pulp’.

In 2014 he was jailed for weapons and two gang-related offences. 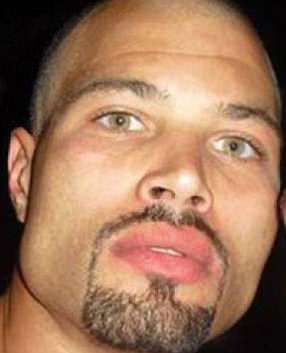 Convicted of robbery in 2000. Other recorded offences include driving under the influence in 2006, including a hit and run. 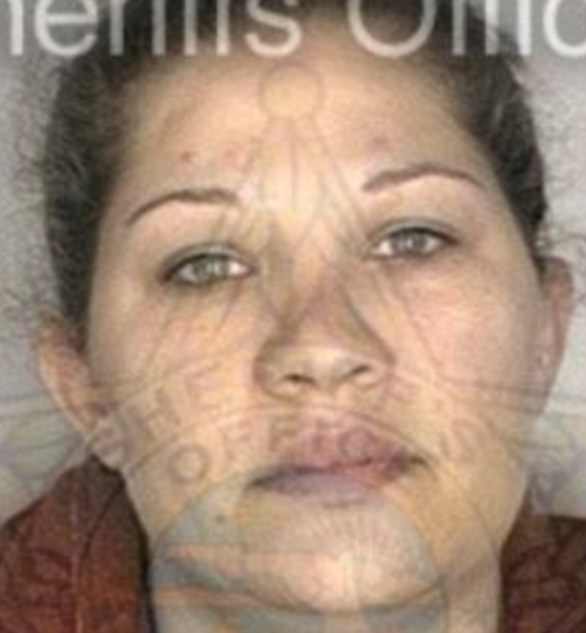 In 2004 she was convicted of cannabis possession.