Volatile actor Jeremy Piven stunned a Hollywood charity event for survivors of domestic violence and human trafficking by yelling at the audience, ‘f**k you all’.

Piven, 53, shocked guests with an expletive laden rant after his jokes fell flat at the 9th annual Face Forward fund-raising gala at the Beverly Wilshire Hotel.

Some guests were already surprised that Piven, who was dragged into the #MeToo movement when multiple accusations of sexual abuse were leveled against him, agreed to host the $450 a seat event on Saturday night.

In a series of outbursts on stage Piven dished up some nonsensical and often offensive material to an audience filled with recovering domestic abuse victims and others scarred mentally and physically by acid attacks.

Volatile actor Jeremy Piven stunned a Hollywood charity event for survivors of domestic violence and human trafficking by yelling at the audience, ‘f*** you all’ on Saturday (pictured)

Piven resorted to sexual innuendos to gain an ironic cheer from the crowd, when he asked repeatedly if he should ‘go deeper’. The star (seen here with two attendees of the gala) was not happy that his material was greeted with very little laughter, lashing out at the audience

During his brief stage appearances the star told jokes about sex acts, Justin Bieber and Kim Kardashian, rehearsing vulgar acting material with his mother and complaining about his niece.

However the star, most famous for his role as Ari Gold on the hit show Entourage, was not happy that his material was greeted with very little laughter.

Reacting to the poor response, he blasted: ‘This is a tough room by the way. Tough room. Oh I knew it. I knew it. I just decided I’m doing a two hour set because you’re not giving me love. So f*** you all.’

Piven has been touring the country in a bid to reinvent himself as a stand up comic, but the star’s routine fell flat.

The actor moaned that the room was ‘tough’ and it was ‘hard to tell what material to do in here’.

Within seconds of walking out on stage, Piven started: ‘Met a guy today who said, ‘Bro I’m a big fan. I’m a douche bag because of you.’ (Looks at crowd and then goes into this monologue): ‘Do they do this to all actors you guys?

Piven resorted to sexual innuendos to gain an ironic cheer from the crowd, when he asked repeatedly if he should ‘go deeper’.

So Piven turned to his most famous role on Entourage, bringing up his mother Joyce.

‘I’m running lines with my mom. She’s in the kitchen serving up some soup, doing her thing. I go, ”You ready mom? Let’s go run the scene.”

Then yelling like his character Ari, he acted out the scene: ‘Have you had so much c** squirted in your face that you can’t see what’s right in front of you?’

As three people laughed, Piven smirked: ‘By the way, that is why I am still in therapy.’ 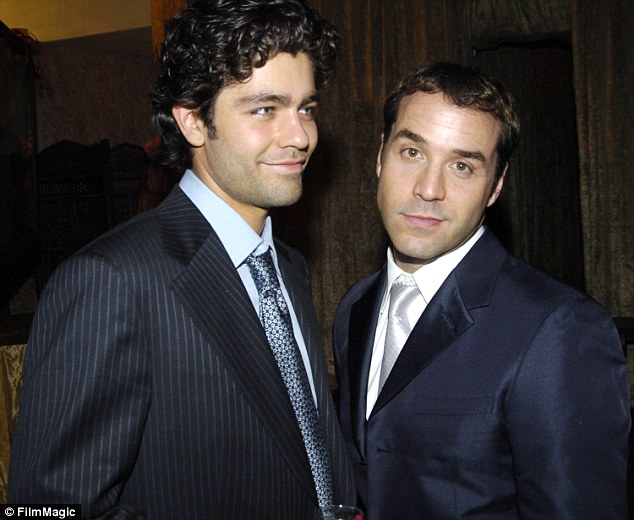 Piven turned to his most famous role as Ari Gold on Entourage, (pictured with co-star Adrian Grenier) to joke about rehearsing vulgar acting material with his mother

Soon after, as he realized that his audience wasn’t amused by his performance, Piven reacted: ‘I just decided to retire based on this applause,’ before introducing other acts.

One guest, who asked to remain anonymous, told DailyMail.com: ‘People there were wondering why Jeremy was there at this very serious event.

‘He was surrounded by women who had been through abuse, domestic violence, mental torture from their partners and even acid attacks. The mood in the crowd was one of defiance.

‘But he seemed to treat the night as some kind of try out for his stand up work, and it fell flat.

‘Many guests knew he had already been hit by claims of his own abuse – which he has denied – but it made him an odd choice for this event.’

But an event organizer, who asked not to be named, insisted that Piven did a great job and blamed a noisy room for him not getting the crowd’s full attention.

‘For this reason we are a tricky audience for any comedian. Jeremy has been performing to sold out crowds on his comedy tour and specifically canceled a sold out show to host for us.’

‘He was gracious, hilarious, conscientious of the room and respectful to the founder and our audience. The room was loud and full of 700 people being served dinner and not always paying attention to what was happening on stage including the honorees.’ 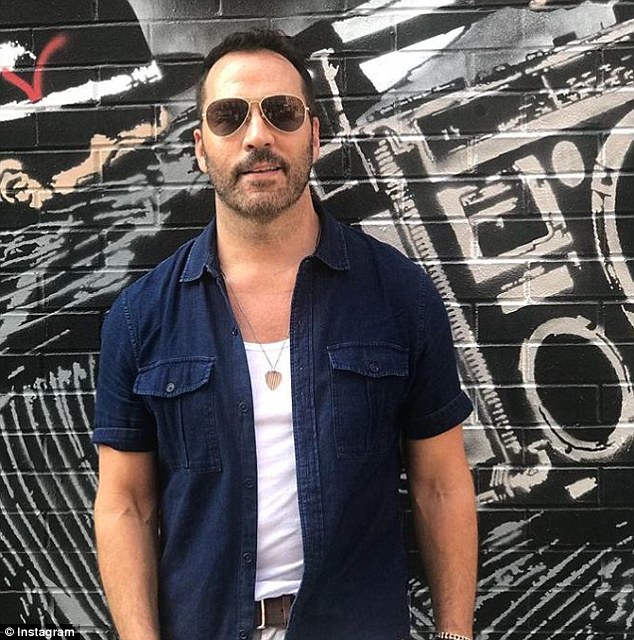 Some guests were already surprised that Piven, who was dragged into the #MeToo movement when multiple accusations of sexual abuse were leveled against him, agreed to host the $450 a seat event

They continued: ‘Part of his act was to be self-deprecating and combative… he was warming up the crowd and communicating with the founder asking how racy he could go and the crowd yelled ”bring it on!”

‘If you take any joke from any comic out of context it would look inappropriate but it wasn’t and at the end of the day he helped us raise over $500,000 to help victims of DV and HT.

Piven was fired by then CBS network chairman Les Moonves on the set of his drama Wisdom Of The Crowd.

DailyMail.com reported how Piven begged Moonves for his job back amid sex abuse allegations last year

Moonves, who has since himself been fired over a series of allegations, felt he had no option as more accusers came forward to claim Piven has been sexually abusive.

BAFTA and Emmy winner Piven was said to be an ’emotional wreck’ because of the claims.

Piven was accused on Twitter of sexual harassment and assault by 38-year-old actress Ariane Bellamar at the end of October who claimed the star groped her twice, once in his trailer on the Entourage set and the other at the Playboy mansion. 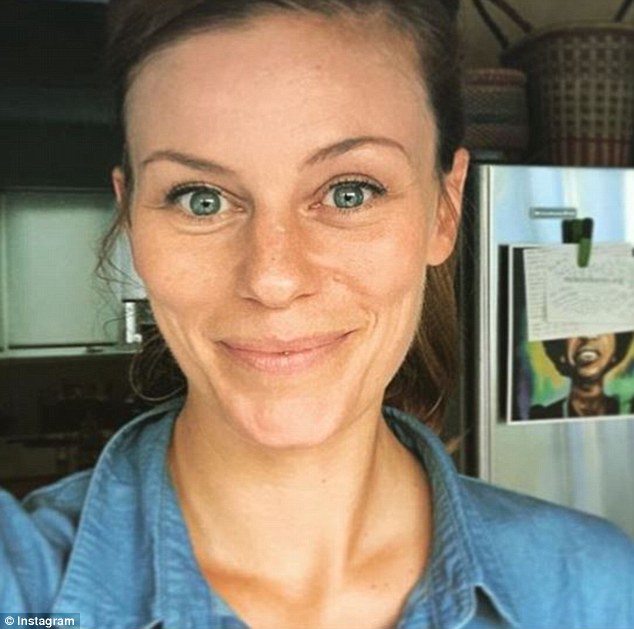 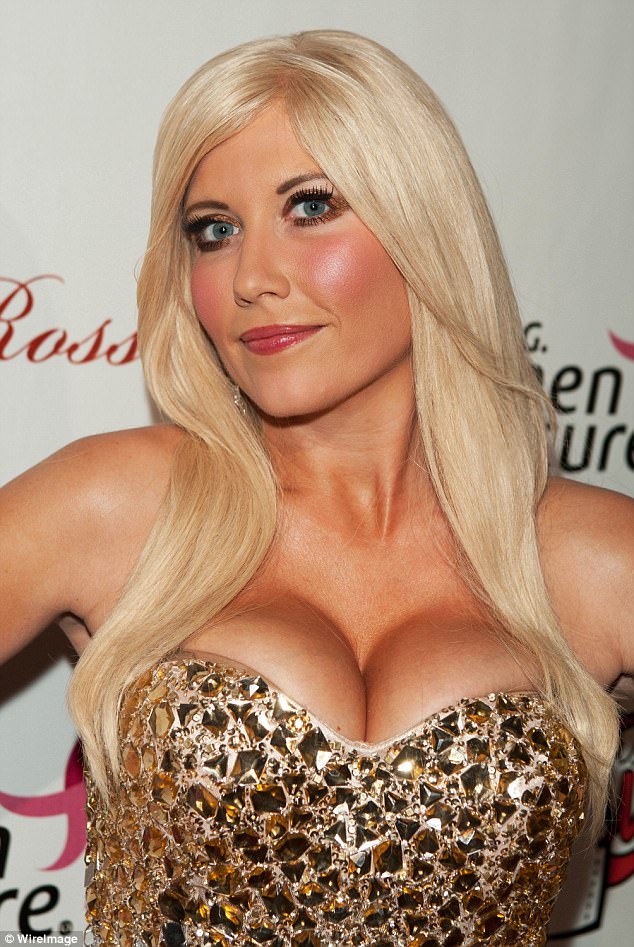 Piven was accused on Twitter of sexual harassment and assault by actress Ariane Bellamar (pictured) who claimed the star groped her twice, once in his trailer on the Entourage set and the other at the Playboy mansion

That was followed by actress Cassidy Freeman who said on her Instagram page that Piven engaged in ‘predatory behavior’ against her when she was ‘far too young.’

And then two more women have since come forward accusing the Emmy winning actor of sexual assault and harassment.

Piven has denied all allegations of sexual assault saying they ‘are absolutely false and completely fabricated.’

All funds raised at their annual gala go directly toward patient treatment and recoveries, airfare, accommodations, and all necessary medical expenses for survivors.

The charity was founded by domestic violence survivor Deborah Alessi who then recruited her husband, Dr. David Alessi M.D., a renowned facial reconstructive surgeon, to help survivors from around the globe.

Since being founded, Face Forward has provided millions of dollars in donated surgical and counseling services to nearly 70 patients from eight different countries.