Jerry Seinfeld sued over ‘fake’ Porsche that sold at auction for $1.5 million

Jerry Seinfeld sued over ‘fake’ Porsche that sold at auction for $1.5 million

Jerry Seinfeld has been sued by a company that claims he sold its representatives a rare Porsche that turned out to be a fake for $1.54 million.

What’s more – the buyer of the 1958 Porsche 356 A 1500 GS/GT Carrera Speedster has maintained the superstar comedian intentionally misrepresented the authenticity of the sports car.

Seinfeld’s attorney, Orin Snyder, has denied the allegations and went as far as to call the lawsuit ‘frivolous,’ according to TMZ.

Lawsuit: Jerry Seinfeld been sued by a company that claims he sold its representatives a rare Porsche that turned out to be a fake for $1.54 million in March 2016

Fica Frio Limited made the purchase at a March 2016 auction in Amelia Island, Florida and eventually took it to one of the world’s most reputable Porsche dealers, who in turn questioned the authenticity of the vehicle.

The suit also claimed that Seinfeld called a rep for the buyer last June and left a voicemail apologizing and promising a full refund. But it said the refund never came, and has since sued to rescind the sale as well as punitive damages.

According to Seinfeld’s attorney, ‘Jerry has been working in good faith to get to the bottom of this matter. He has asked Fica Frio for evidence to substantiate the allegations. Fica Frio ignored Jerry and instead filed this frivolous lawsuit.’ 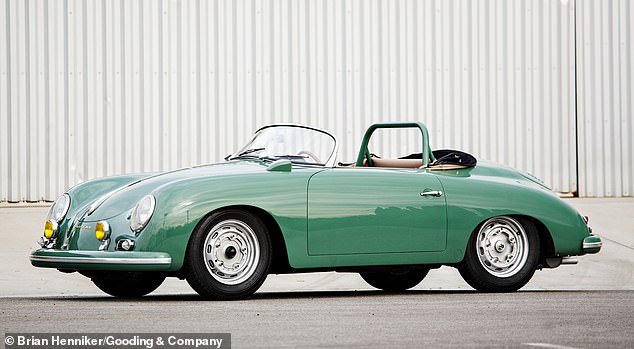 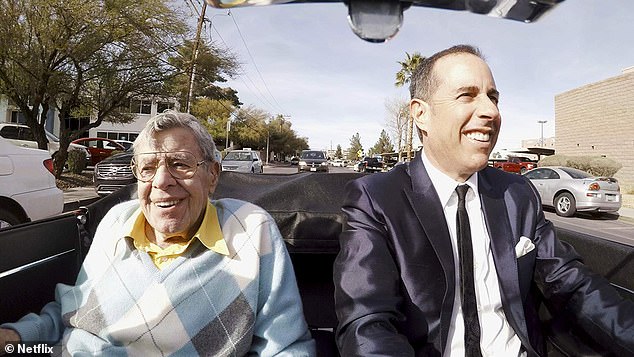 Love of cars: Seinfeld’s attorney says the car to consigned to auction house Gooding and Company; Seinfeld is pictured with the late Jerry Lewis in 2012 during an episode of his show Comedians in Cars Getting Coffee

The attorney added, ‘Jerry consigned the car to Gooding and Company, an auction house, which is responsible for the sale. Nevertheless, Jerry is willing to do what’s right and fair, and we are confident the court will support the need for an outside evaluator to examine the provenance of the car.’

Porsche built only 151 Carrera Speedsters between 1955 and 1959, and fewer than 90 had the GS/GT trim the buyer thought they were getting.

The 64-year old star has shown his love for fancy vehicles on his web series talk show Comedians in Cars Getting Coffee since 2012.

Episodes feature Seinfeld introducing a vintage car selected for a guest comedian, followed by a drive to a pre-selected cafe or restaurant for coffee. Comedians in Cars Getting Coffee 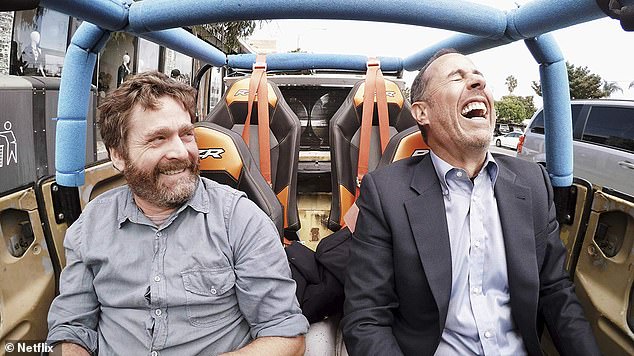 Lots of laughs: Seinfeld is pictured with Zach Galifianakis on Comedians in Cars Getting Coffee