The 26-year-old flashed the shiny bling, worth an estimated $15,000, while getting a manicure.

The model was undecided as to which hue to choose at a nail salon, drawing attention to the prized band as well as her square-cut engagement ring.

There it is! Jesinta Campbell shows off her rarely-seen ‘$15,000’ sparkling diamond wedding band from husband Buddy Franklin

Jesinta took to her Instagram Story, sharing with her followers that she was undecided on which shade of blue nail polish to choose.

The Olay ambassador held up her left hand for the camera, giving fans a close-up view of her sparkling jewels.

Jesinta’s diamond wedding band, said to be worth around $15,000, complements her engagement ring, which consists of a large diamond surrounded by smaller stones and a pave diamond band. 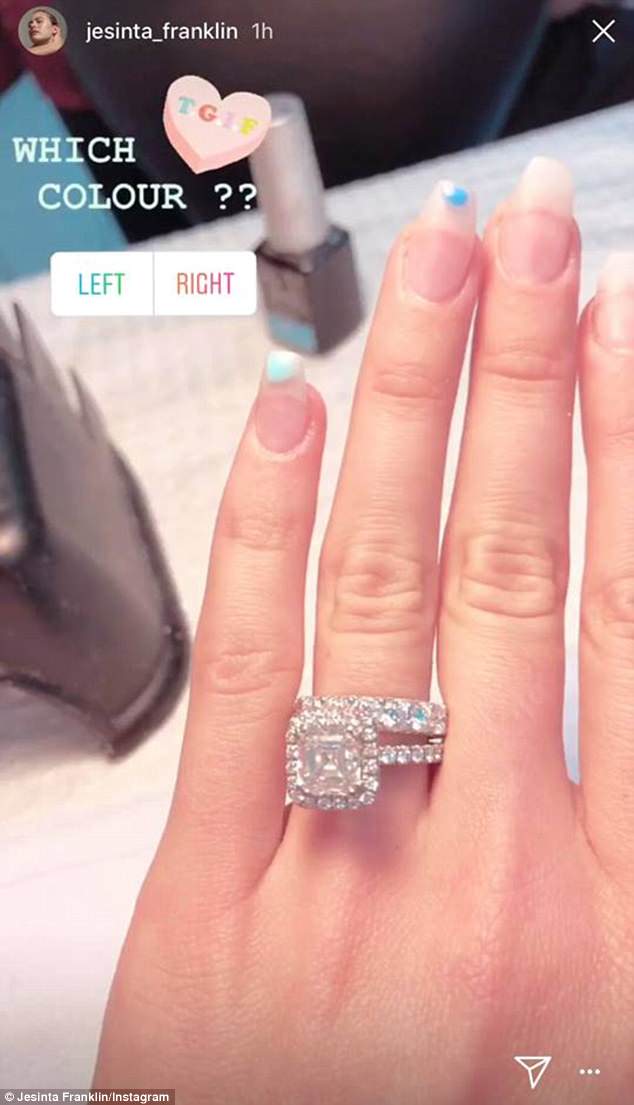 Dazzling: The high fashion model drew attention to her diamond wedding band, complementing her engagement ring, estimated to be worth between $75 and $100k

The couple had previously postponed their wedding, which was originally scheduled to take place in January 2016. 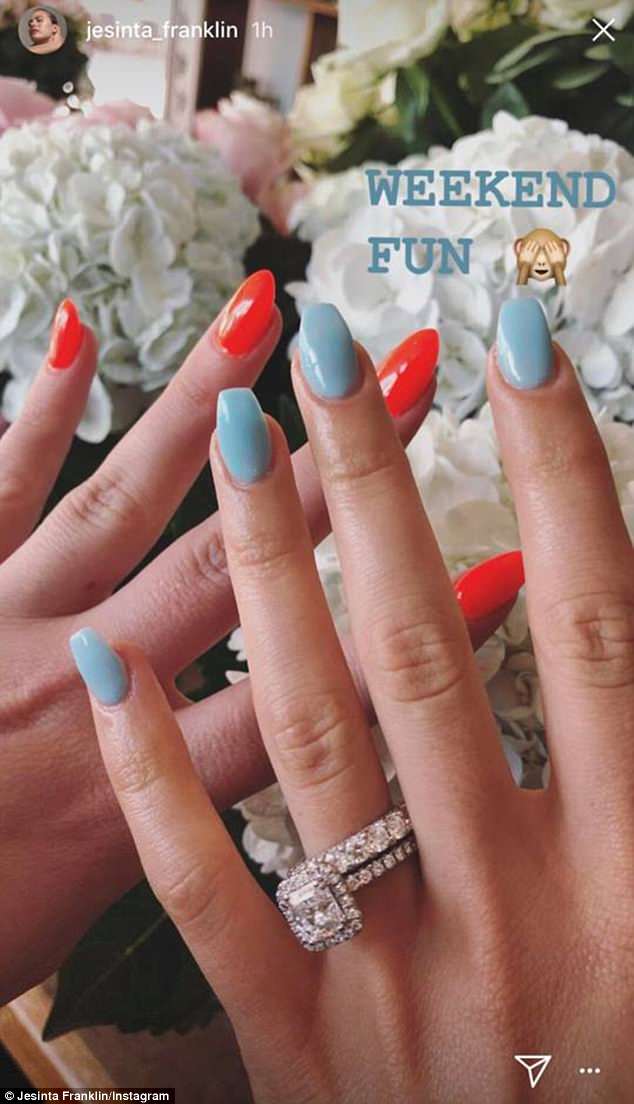 Prized bling: Jesinta had kept her wedding ring under wraps since tying the knot in November 2016

They eventually made it official in early November that same year, at the lavish Wildenstein Gardens in the NSW Blue Mountains.

Jesinta stunned in a flowing Vera Wang gown with sheer panels and a cathedral veil.

The former beauty pageant queen seemed to debut her wedding band in an Instagram photo from the couple’s big day.

However Jesinta swapped it for different items of jewellery at the couple’s first public appearance since the wedding. 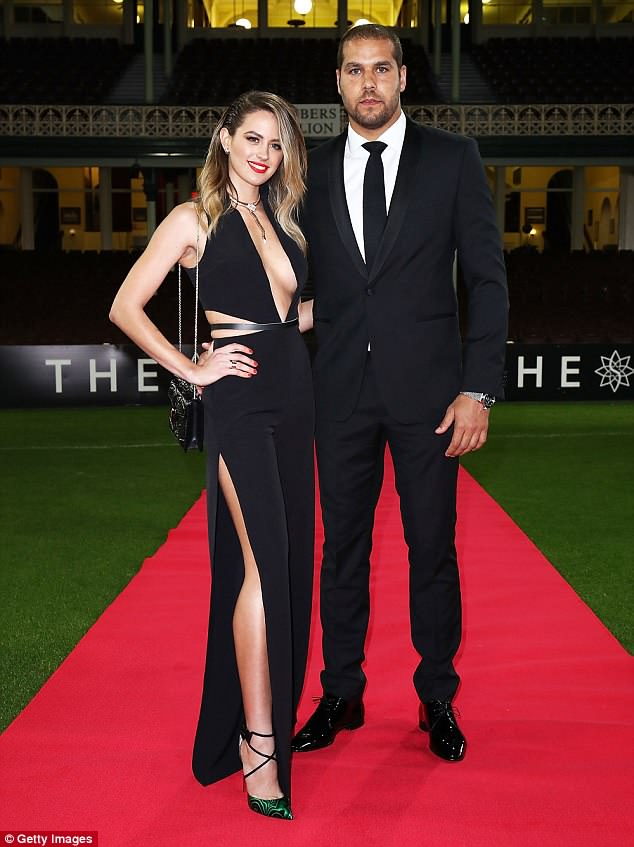 Postponed: The couple had previously postponed their wedding, which was originally scheduled to take place in January 2016

In an interview with Sunrise earlier this year, Jesinta told co-hosts David Koch and Samantha Armytage that their relationship hasn’t really changed since saying ‘I do’.

‘On the [wedding] day, you do feel like there is a deeper connection, but I don’t think the day-to-day stuff changes.’

And when quizzed on whether her sports star beau is romantic, she said: ‘He’s romantic in his own ‘Buddy’ romantic way. For me, romance is in the simple things.’ 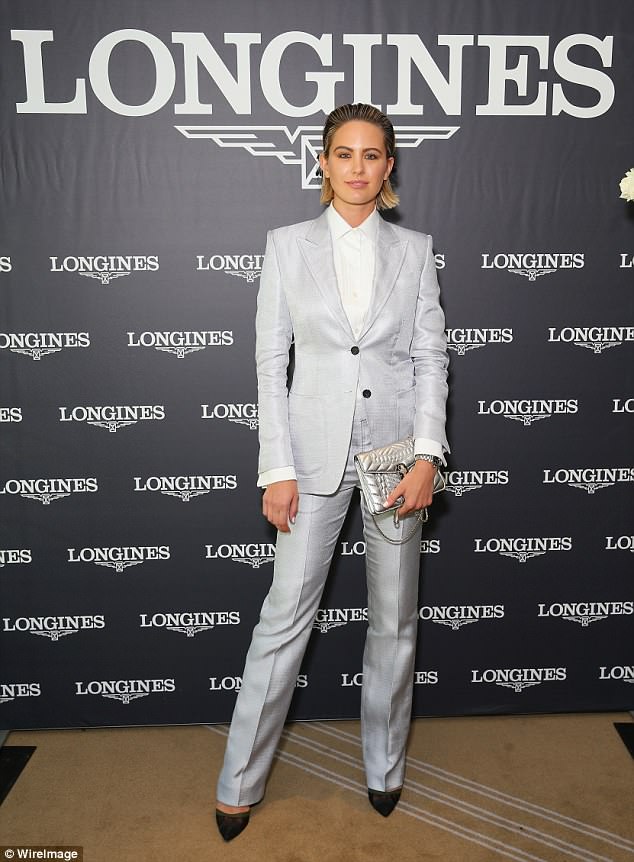 Married life: In an interview with Sunrise earlier this year, Jesinta told co-hosts David Koch and Samantha Armytage that their relationship hasn’t really changed since saying ‘I do’