A woman who had a tattoo created which runs the length of her thigh has taken out a top award at tattoo competition in New Zealand.

Speaking to Daily Mail Australia, Ms Birss said this new work held special meaning as it was done for her two-year-old daughter, Esme. 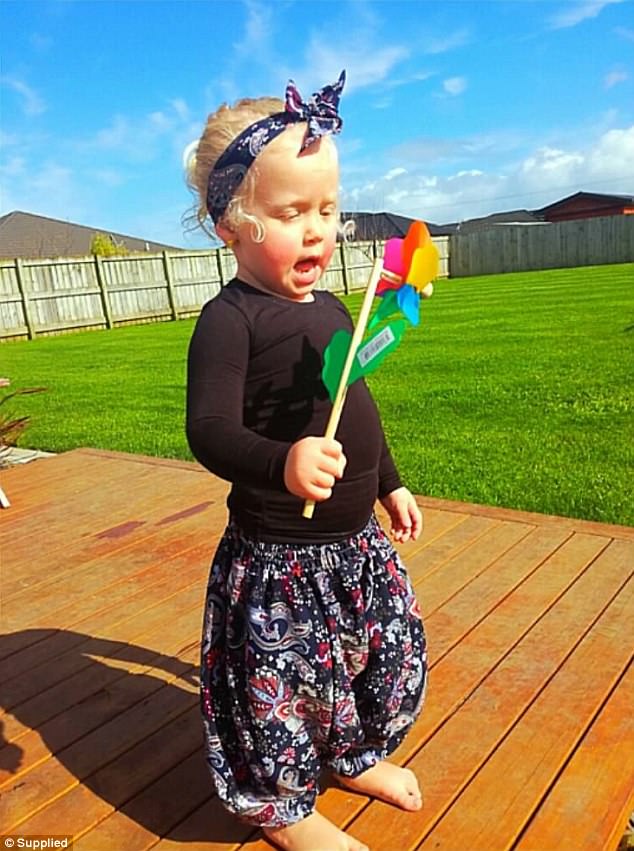 ‘It started with a pocket watch with her birth date and time, and a bird representing myself holding the pocket watch,’ she said.

‘A single string connects them both which is how I feel as a solo parent holding it all together.’

All together Ms Birss said she has around seven tattoos – and while most of them are tiny, this piece, which runs from the top of her hip to the middle of her thigh is her first larger piece.

Her new work, designed by tattooist Stacey Hammond, takes inspiration from a mandala – a circular symbol that is part of Hindu and Buddhist religion.

The piece also includes three roses, which she said represent her and her two brothers. 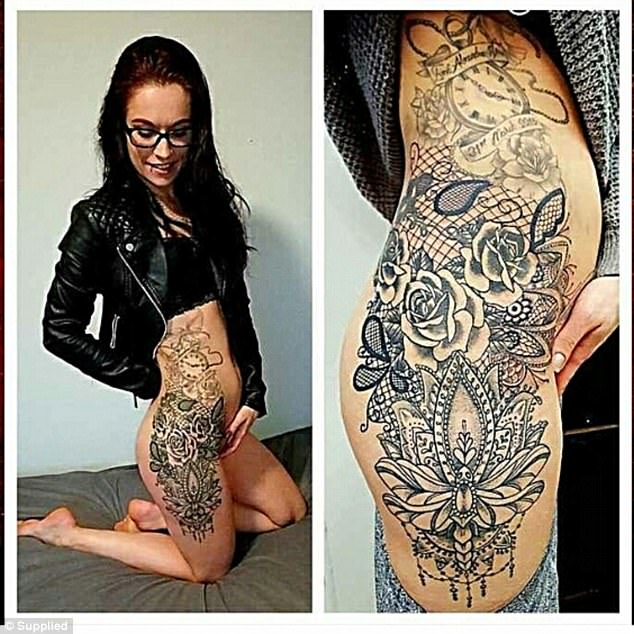 Ms Birss said she hadn’t really thought too much about entering the competition, but decided to give it a shot after a friend took a few photos of her new ink.

While most entered just photos of themselves, Ms Birss added an extra photo that showed the work close-up.

After making it through to the top 20, then the top 10, she rallied support of friends to vote for her. 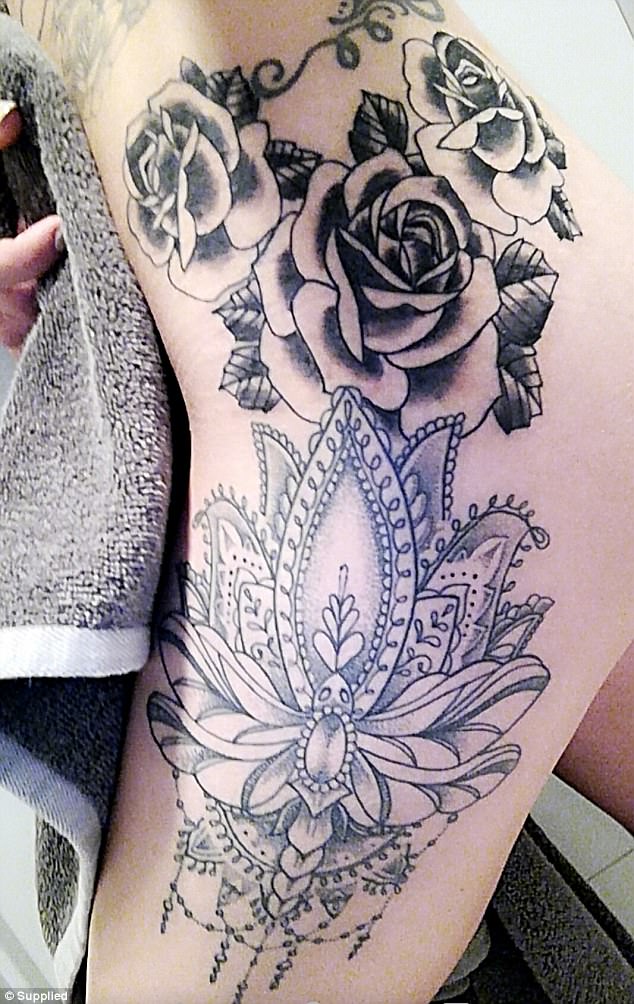 The tattoo took around eight hours to complete and cost $1000

‘I didn’t expect to win either, it was just something that took a lot of balls to enter.’

As well as winning the title, Ms Birss won a trip to the New Zealand Tattoo & Arts Festival and a $500 tattoo voucher.

While she said she’s received a lot of positive feedback, she’s said she’s also copped some flak for not being as heavily inked as some.

‘I’ve had people message me and ask me about my work. 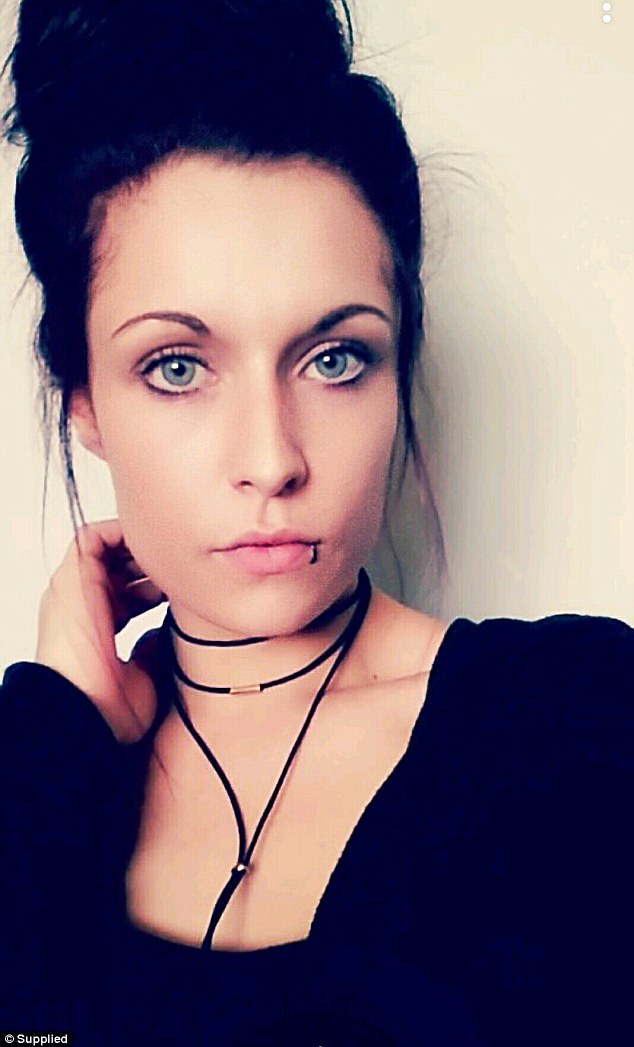 While Ms Birss said she’s received a lot of positive feedback, she’s said she’s also copped some flak for not being as heavily inked as some.

‘But, I’ve had a bit of backlash for winning because I’m not the most tattooed girl.’

Some people buy art and hang it on their walls, I imagine something and put it on my skin

Ms Birss revealed she spent eight hours being tattooed for this piece, and close to $1000 for the work as it stands.

‘Some people buy art and hang it on their walls, I imagine something and put it on my skin,’ she said.

‘It’s one of those things that you think is quite expensive to do, but at the end of the day it’s not that expensive.’

The mum-of-one said plans are in place with her and her tattooist to continue the piece along the curve of her lower spine, and onto her other thigh.

All up she estimates the work will take another 12 hours and close to $2500 to complete. 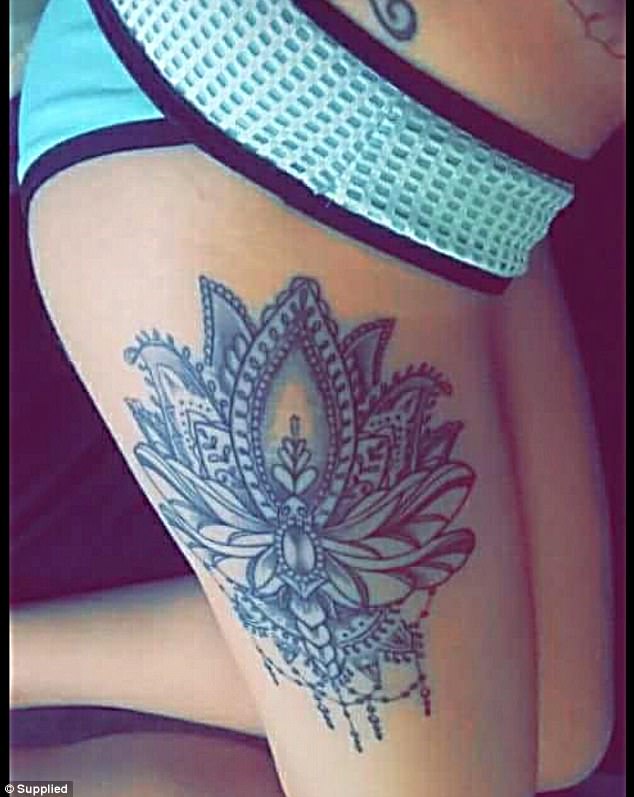 Although her current piece is fairly detailed, it comes as a surprise that on the whole, this tattoo didn’t hurt as much as expected

Although her current piece is fairly detailed, it comes as a surprise that on the whole, this tattoo didn’t hurt as much as expected.

‘It just depends where you get them,’ said Ms Birss.

‘The thigh piece wasn’t so bad, but the hip work was pretty painful.’

Despite outward appearances, Ms Birss is mindful that her work – as a part time beauty therapist – means she’s in the public eye, so for now she’s happy to have tattoos she can cover up easily.

As for her parents, she said ‘they’re not tattooed, nor do they like them.