Jesus closing in on return without help of entourage

Gabriel Jesus is closing in on a return for Manchester City after going through rehabilitation from knee ligament damage without his close-knit entourage.

The 20-year-old’s two best friends, Fabio Lucio and Higor Braga, live with Jesus in a city centre apartment alongside his brother, Felipe.

But the trio, key to the £27million striker settling in England, have been stuck in Sao Paulo for over a month while waiting for study visa applications to be ratified. 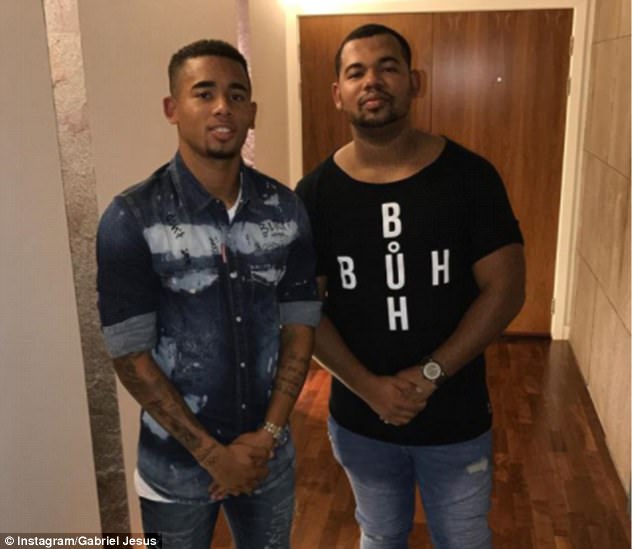 His best friends live with Jesus in a city centre apartment alongside his brother, Felipe (right)

It’s understood all three were denied re-entry to the UK at Heathrow Airport last month when attempting to return from the Brazilian holiday season.

City are believed to be helping Jesus’s inner circle with fresh visa applications, while the player is thought to have had two other friends staying recently.

His mother, Vera, had a six-month travel visa but is not re-applying and is set to remain in Brazil.

Pep Guardiola revealed that Jesus, who left Crystal Palace in tears after sustaining the injury on New Year’s Eve, trained with the first team on Friday and is not far away from being available.

City face Wigan Athletic in then FA Cup fifth round on Monday night before Sunday’s Carabao Cup final against Arsenal at Wembley, with Sergio Aguero shouldering the burden of goalscoring responsibility in the absence of Jesus. 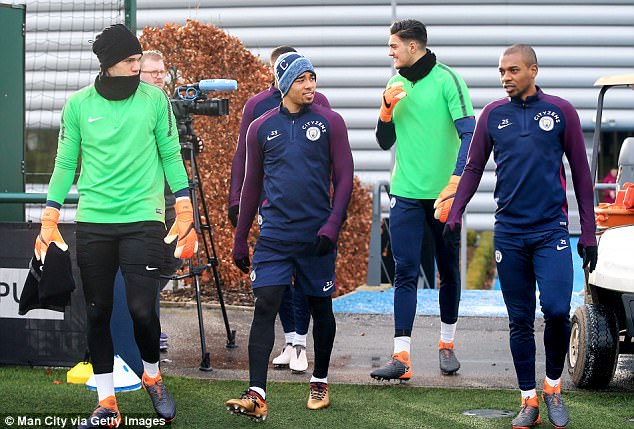 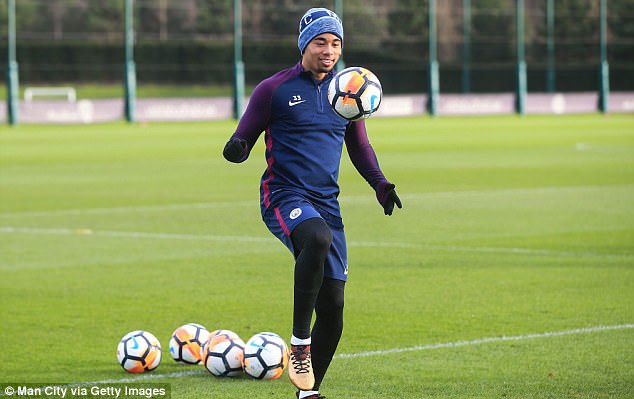