By Isabel Mcmillan For Nca Newswire

An Aussie discount airline has announced some great bargains for those looking for a post-Christmas getaway.

International fares are on sale from as low as $175.

Over 80,000 domestic and international fares are up for grabs at lower rates, with travel dates available from mid January through to mid September 2023.

Jetstar has revealed their Boxing Day flight sale, with airfares starting as low as $39 (stock image)

Here’s how to book

* Click onto ‘Boxing Day Sale’ on the main page

* Alternatively, you can manually select where you want to depart to and arrive at and choose the specific date just above the list of deals on the sale page

* Toggle the price filter to find the cheapest airfare

* These deals include Sydney to Ballina for $39, Melbourne to the Gold Coast for $44, Brisbane to Cairns for $79, Hobart to Adelaide for $79 and Sydney to Ayers Rock for $99

* If international travel is your style, flights from Sydney to Auckland start at $175, flights to Japan start from $295, and Melbourne to Honolulu (pictured) are at the low price of $229

Jetstar said the travel dates give customers ‘something to look forward to in the new year’.

Some of the bargains travellers can expect to shop are $39 flights from Sydney to Ballina Byron, and $79 flights from Brisbane to Cairns.

Those looking to travel from Hobart to Adelaide can do so from the low price of $79, and Sydney to Ayers Rock fares are on special for $99.

If international travel is more your style, flights from Sydney to Auckland start at the bargain price of $175, and flights to Ho Chi Minh City are on sale for $195.

Flights to Japan start from $295, and Melbourne to Honolulu are at the low price of $229.

Jetstar is encouraging customers to check government travel requirements before booking their holidays, just in case.

Meanwhile, the airline has also added two new Airbus A321neo LR (NEO) aircraft which touched down in Australia on Sunday to its growing fleet. 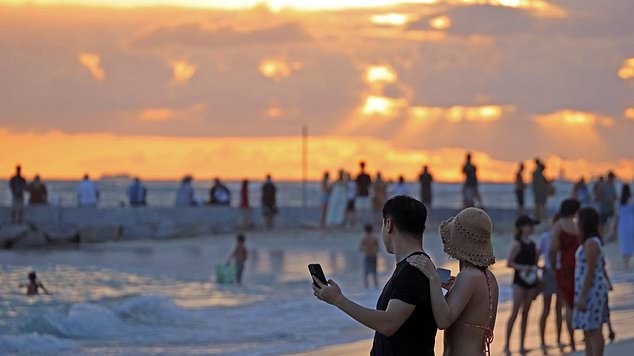 The airline has more than 80,000 domestic and international fares up for grabs at lower rates (pictured, Honolulu in Hawaii) 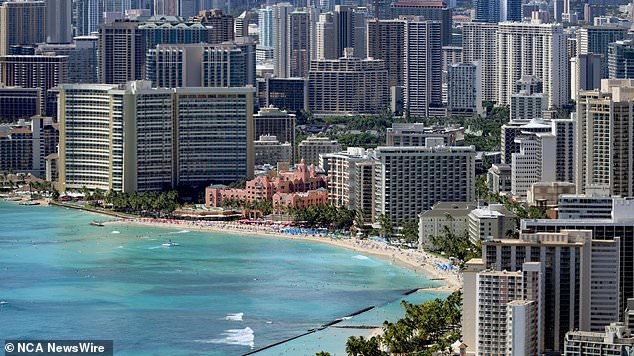 If international travel is your style, flights from Sydney to Auckland start at $175, flights to Japan start from $295, and Melbourne to Honolulu (pictured) are at the low price of $229

The aircraft flew in formation from the Airbus factory in Hamburg, Germany and stopped in Bengaluru and Perth on their way to Melbourne.

The NEOs are the third and fourth aircraft in Jetstar’s A321neo LR fleet which is will grow to 18 by the middle of 2024.

The fuel-efficient, longer-range aircraft enable Jetstar to provide more capacity and more low fares to more destinations, it said in a statement.

The new NEOs will start flying customers this week on some of Jetstar’s most popular destinations including Brisbane, the Gold Coast and Bali.