Jetstar plane flying from Melbourne to Bali turns around 4.5hours into flight over miscommunication

Jetstar plane packed with hundreds of Aussies is forced to make a sudden U-turn 4.5hours into its flight to Bali as passengers unleash: ‘Worst travel experience of my life’

Post-Christmas holiday plans for hundreds of frustrated Jetstar passengers are in chaos after their plane was forced to turn around halfway through the flight due to a  ‘miscommunication’ bungle.

JQ35 was packed with Bali holidaymakers when the plane left Melbourne Airport late Tuesday night after a five hour delay.

Four hours into the flight, the Boeing 787 Dreamliner had reached the other side of the country near Broome at the top end of Western Australia when it was forced to turn around and head back to Melbourne.

The plane was refused permission to land at Denpasar by Indonesian authorities because a decision to swap to a bigger aircraft to cope with travel demand over the Christmas/New Year period hadn’t been approved.

At least 600 travellers have been inconvenienced, including 300 travellers stranded in Bali due to the non-arrival of JQ35.

Jetstar apologised to affected passengers as the airline launched an urgent review to ensure the fiasco never happens again.

Inconvenienced travellers didn’t hold back in venting their outrage about the ‘holiday nightmare’ with some vowing to never fly with Jetstar again.

‘Thank you Jetstar for the worst travel experience of my life,’ one man tweeted.

‘After cancelling our original flight, delaying the second and then returning back to Melb only an hour to landing, the staff was unresponsive and unhelpful.

He later added: ‘They had to switch a bigger aircraft but forgot to let the Indonesian authorities know. Therefore they revoked permission to land. A gigantic f***up that we have to pay for.’

The passenger was among hundreds put on a rebooked flight scheduled to leave Melbourne 4.45pm Wednesday.

‘No vouchers, only lucky passengers got hotel. We have been screwed over three times in space of 48 hours. Incompetence & insincerity of staff is icing on the cake,’ he tweeted.

He wasn’t the only frustrated passenger.

‘Thanks for ruining our family holiday tonight Jetstar. Half of our family get to travel tomorrow, and half don’t,’ Sam McCully posted on Facebook. 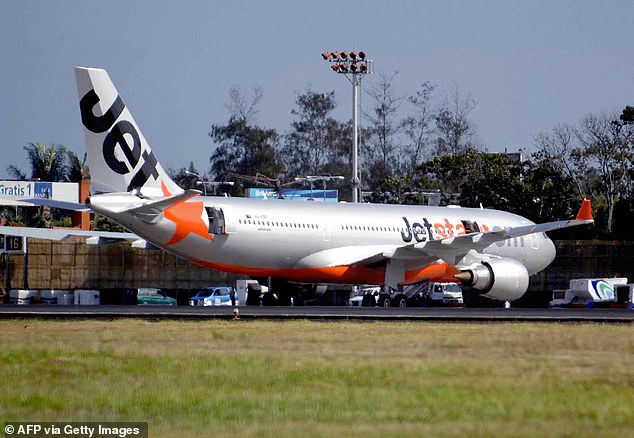 Another revealed some travellers took out their frustration and swore at Jetstar staff.

‘Most holidaygoers who had already been majorly disrupted several times were annoyed and perplexed how a flight could make it 80 per cent and be denied landing,’ he told news.com.au.

‘This confusion was shared by staff with many saying that had never heard of this ever occurring.’

‘I was sitting next to a pilot who was crewing to Bali (to captain a flight back to Perth) and he said he has never heard of this before. 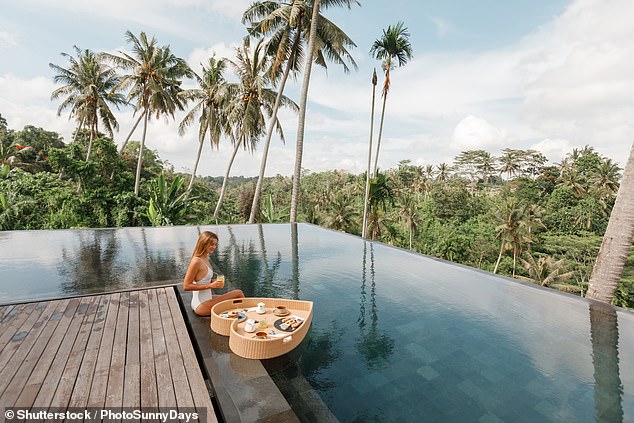 Hundreds of customers were inconvenienced over the miscommunication error

Jetstar confirmed the flight was swapped to a larger Boeing 787 aircraft to carry more customers during the Christmas holiday period.

‘Unfortunately, due to a miscommunication, the swap to a larger aircraft had not been approved by the local regulator in Indonesia,’ a spokesman told Daily Mail Australia.

‘As soon as we became aware, the flight returned to Melbourne, and we have rebooked passengers on a flight later today.

‘We know this has been an extremely frustrating experience for customers and sincerely apologise for what happened.

‘While customers wait for their new flight, we’re providing them with hotel rooms and meal vouchers, and we’ll cover additional airport transport costs.

‘To thank customers for their patience, we’re also reaching out to them to provide a $200 travel voucher.

‘We’ve begun a review to understand how the miscommunication happened so we can prevent it from occurring again.’