By Daniel Bates In Alexandria, Virginia

A Briton accused of being a member of the torture and murder squad known as ‘The ISIS Beatles’ finally went on trial in America yesterday.

El Shafee Elsheikh is accused of taking part in a ‘brutal hostage-taking scheme’ in which journalists and aid workers were kidnapped and beheaded.

The court in Virginia heard that Elsheikh, from west London, played a central role in the operation in Syria and subjected the victims to ‘unrelenting’ torture. He has been described as the most brutal member of the gang and the chief guard of hostages.

Those who were not released were murdered by another Briton – Mohammed Emwazi, dubbed ‘Jihadi John’ – in propaganda videos posted online.

El Shafee Elsheikh, 33, is accused of being one of four ISIS militants belonging to a cell that operated in Iraq and Syria, which members were nicknamed ‘the Beatles’ for their British accents

Among the 26 victims the group captured or killed was Alan Henning, 47, a Manchester cabbie who was working as a humanitarian worker when he was murdered in 2014.

David Haines, 44, a former RAF worker from Perth in Scotland who was also doing aid work, was beheaded a month earlier. In court among the grieving relatives was his daughter Bethany, 24, who was 17 when he was executed. She shook her head in disgust when Elsheikh, said to be the ‘George’ of the terror group, walked in.

The 33-year-old was captured in Syria in 2018 and later transferred to the US to stand trial. Britain agreed to help the prosecution once Washington said it would not seek the death penalty.

John Gibbs, prosecuting, told the jury the gang, dubbed ‘The Beatles’ because of their British accents, were ‘utterly terrifying’. The physical abuse they dished out was ‘unrelenting and unpredictable’ and they ‘seemed to get satisfaction from physically abusing the hostages’. 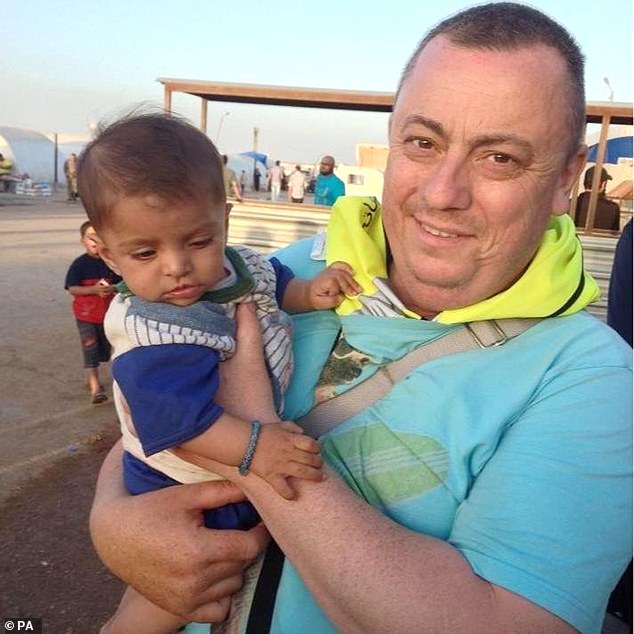 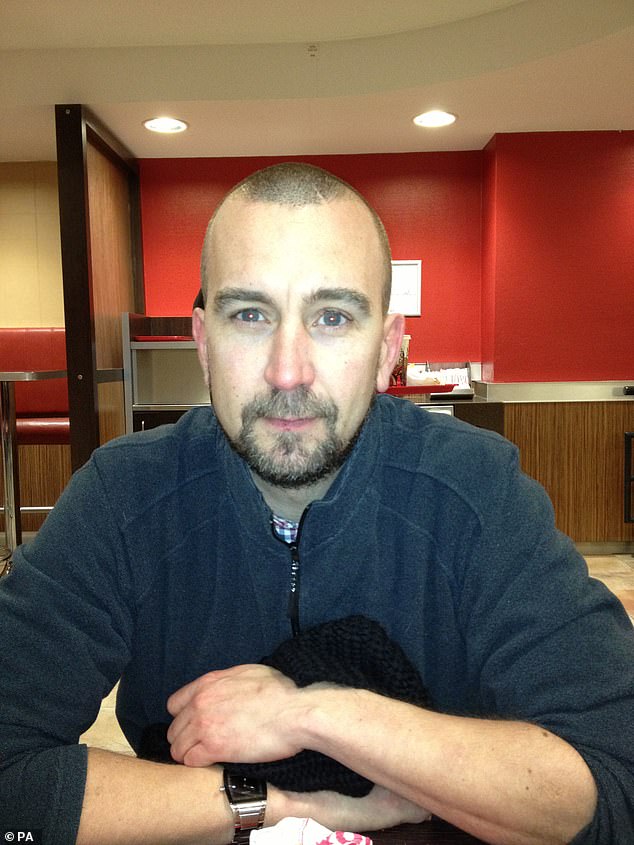 Elsheikh was born in Sudan but moved to Britain as a child, the court was told. He became disillusioned with the West and travelled to Syria to join Islamic State. There he met up with Emwazi and 38-year-old Alexanda Kotey, two old friends from London. 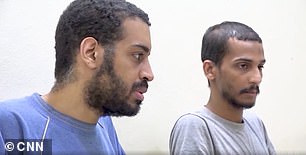 Elsheikh is on trial for – and denies – the abduction and killing of four Americans between 2012 and 2015.

Kotey has pleaded guilty to eight charges and is likely to be transferred to a prison in the UK after 15 years. The fourth alleged member of the gang, Aine Davis, 37, was jailed in Turkey in 2017 for terrorism offences. Emwazi, 27, was killed in a drone strike in 2015.

Edward MacMahon, defending, said that Elsheikh was ‘a simple IS fighter’ and was not ‘a member of The Beatles and not involved in the kidnapping, torture and deaths of any of these individuals’.

The trial, which is scheduled to last four weeks, continues.