Jihadis in prisons in Syria could face execution without trial after President Bashar al-Assad said he was setting up special terror courts, where the prisoners will be subjected to ‘Syrian law’.

Membership of Islamic State (IS) is a hanging offence in Syria and the brutal dictator has now said foreign members of IS in the country will be brought to justice.

Thousands of prisoners have been secretly executed inside the infamous Saydnaya Prison near Damascus, according to Amnesty International. Thousands more are said to have died there through torture and starvation.

Inmates are regularly beaten while crammed inside tyres, electrocuted and sexually assaulted. Some have been forced to act like animals and beat or kill one another. 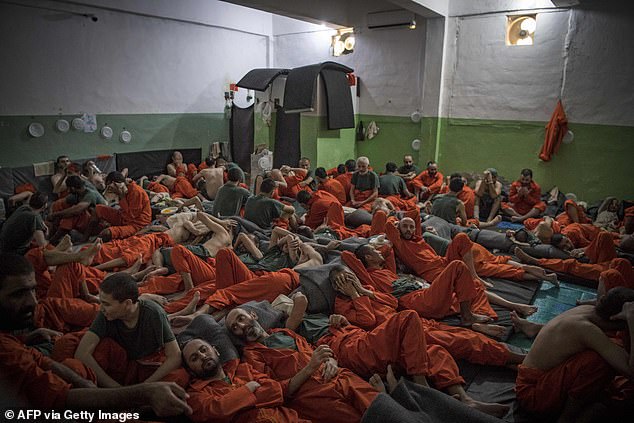 Men, suspected of being affiliated with the Islamic State (IS) group, gather in a prison cell in the northeastern Syrian city of Hasakeh on October 26, 2019

Assad’s comments were made in an interview with Paris Match magazine when asked about a deal with Kurdish-led forces that would eventually bring their areas back under government control. The Syrian Democratic Forces, who defeated IS in March with the help of the US-led coalition, is currently holding more than 10,000 militants, including 2,000 foreigners.

Abandoned by their US allies, the Kurds turned to Assad and Russia for protection when Turkey invaded and over the past weeks government forces have moved into areas once held by Kurds. President Assad said: ‘Every terrorist in the areas controlled by the Syrian state will be subject to Syrian law.

‘This one is very clear vis-a-vis terrorism. They will therefore be brought to justice in specialised courts dealing with terrorism.’ 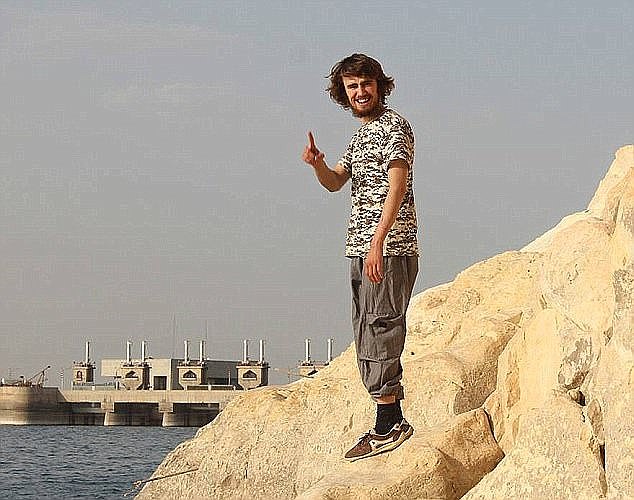 Jack Letts, dubbed Jihadi Jack (pictured above) is behind bars in Raqqa after joining IS in 2014 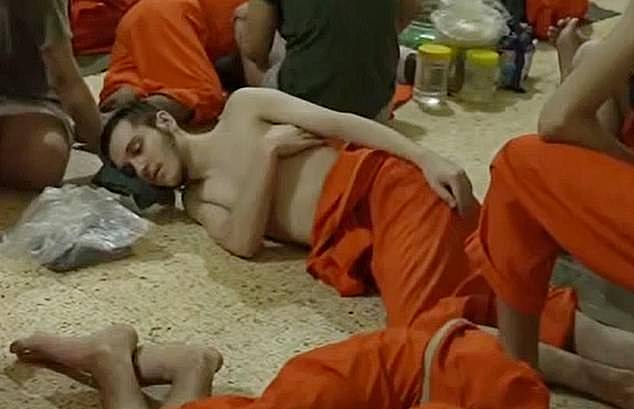 Letts (above in prison) left the UK when he was 18 to join fighters. He could be one of the prisoners to face Syrian law

There are around 12 British jihadis in prisons across Syria, along with dozens of women and children in separate camps. They include a Muslim convert nicknamed Jihadi Jack who joined the group as a teenager and has had his British citizenship revoked.

Jack Letts was 18 when he left school in Oxford in 2014 to join IS fighters in Raqqa. Mohammed Anwar Miah, 40, a pharmacist from Birmingham, and Aseel Muthana, 22, an ice cream salesman from Cardiff, are also behind bars.

A Western security official last night raised fears of the prospect of European prisoners in the hands of Assad, warning he would ‘weaponise’ them. 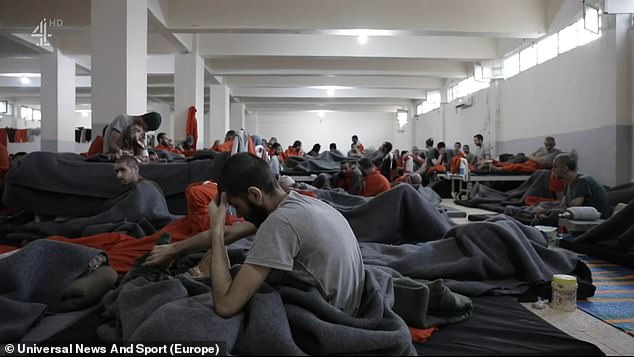 Aseel Muthana, 22, an ice cream salesman from Cardiff is also behind bars, the prison above is said to be where he is being kept

Former defence minister Tobias Ellwood said: ‘This is a worrying development in the fallout caused by [President] Trump’s ill-thought through foreign policy decision to disengage from Syria.

‘This announcement will expedite the flow of captured hardliners in poorly-guarded detention centres to escape, regroup and retaliate against the Assad regime, prolonging a civil war that has raged for years.’

The move comes after three British orphans returned to the UK last week after being rescued from Syria in a daring Special Forces operation. They were the first British citizens to be repatriated from the area formerly controlled by IS jihadis.

Charity experts say over 60 British children are trapped in the region. Assad also used the interview to claim the recent killing of IS leader Abu Bakr al-Baghdadi by the US was faked.

He asked: ‘Was al-Baghdadi really killed or not? And did this “fantastic play” staged by the Americans take place in reality? It’s one of Trump’s cute jokes. It’s a joke.’