Jimmy Anderson has spoken of his excitement as he prepares for that rarest of experiences in a long and storied career: a new challenge.

At the age of 40 and after 175 Test appearances, Anderson will bowl in a Test in Pakistan for the first time – despite being the only member of Ben Stokes’s squad to have been part of a Test tour here, 17 years ago. Back then, Ollie Robinson – his new-ball partner on this trip – was just 11.

Anderson did no more than mix the drinks during England’s 2-0 defeat in 2005-06, but the experience gave him a close-up view of the fast bowler’s lot in this part of the world. 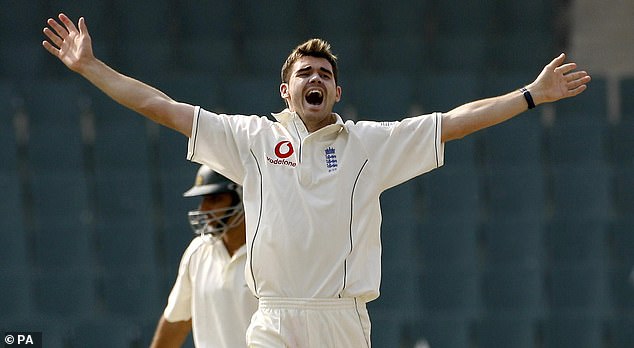 Anderson was not involved in the touring party’s matches in 2005, but travelled with the squad

‘The challenge is trying to find something on unresponsive pitches,’ he said ahead of Thursday’s first Test. ‘That is the skill of being a Test cricketer who plays all around the world: you have to find ways of taking wickets.

‘The introduction of Ben as captain and Brendon as coach has also helped in terms of thinking outside the box in terms of field placings. We might have to do that a little bit over the next few weeks. It’s really exciting, and all of us are chomping at the bit.’

Other than his vast experience – no fast bowler has played more Tests, or taken more than his 667 wickets – Anderson has a couple of things in his favour. 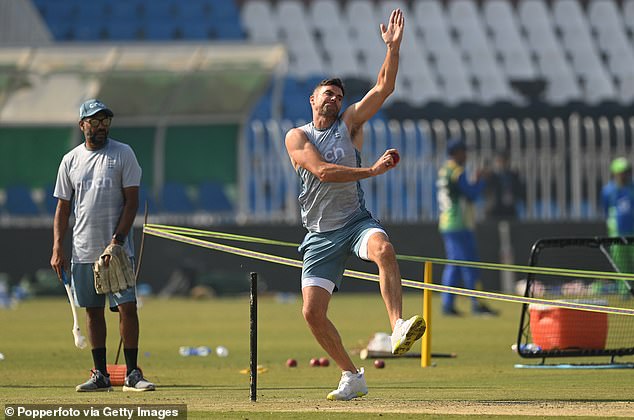 First, he has always performed well against Pakistan, the only country against whom he averages below 20. Second, he has already thrived against them in merciless conditions: six Tests in the UAE have brought him 22 wickets at 20 apiece, plus an economy-rate of just over two.

On this trip, his role will be twofold. Swing the new ball, which should be doable in the northern Pakistan winter, with games starting at 10am and dew still intact. Then go again if and when the older ball starts to reverse. All the while, he’ll be passing on his wisdom to Robinson and others.

‘I’d love an extra mile an hour or two that I had back then, but I’ve had to work hard to develop a lot of skill,’ he said. ‘I feel like I’ve got skills that can help me anywhere in the world, so hopefully I can show that in the next few weeks.’ 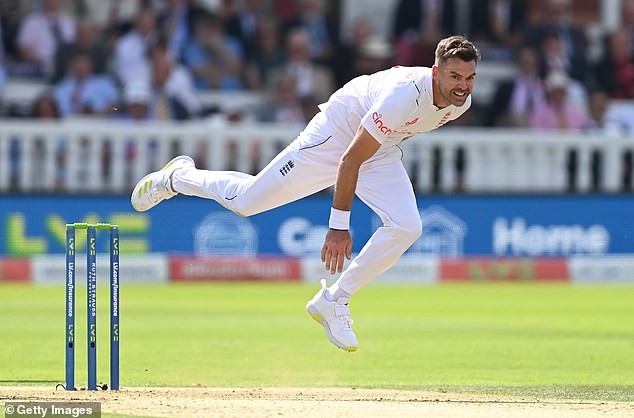 Anderson is keen to show off his skills, which he says will work in the northern Pakistani winter