Jimmy Garoppolo was inserted back into the San Francisco 49ers starting lineup after last weeks injury to Trey Lance, and his performance will likely be remembered for all the wrong reasons.

During the third quarter of the 11-10 lose to the Denver Broncos, Garoppolo dropped back too far and stepped out the back of the end zone resulting in a safety as he tried to get a pass off.

It was the first time a quarterback had ran out the back of the end zone since ESPN analyst Dan Orlovsky did so during the Detroit Lions 0-16 season in 2008.

What made the moment even better was the fact that Orlovsky quickly took to twitter to express his happiness that he was no longer the only quarterback to committed such a folly after suffering through 14 years of jokes.

Fellow ESPN analyst Marcus Spears also joined in on the fun saying: ‘My brotha your are no longer alone @danorlovsky7. Take a bow brotha! Alone no more.’

Despite his error that will likely live on in infamy next to Orlovsky’s, Garoppolo was the better of the two quarterbacks, out-playing Russell Wilson. 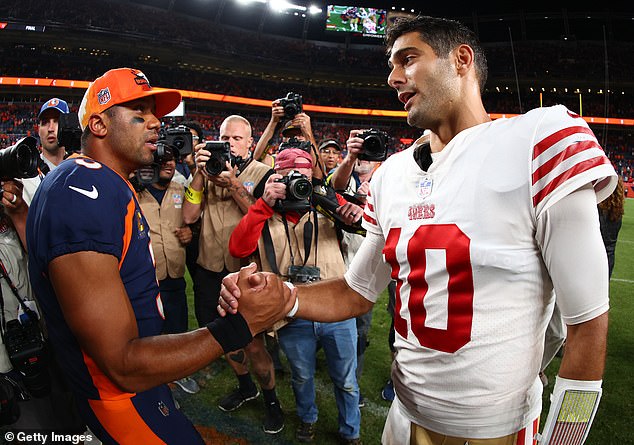 Garoppolo completed 18-29 passes for 211 yards, one touchdown and one interception. Wilson on the other hand was 20-33 with 184 yards.

Despite outperforming his counterpart in defeat, the 49ers QB did note that he and the team did still have work to do in order to readjust to him once again being the guy under center.

‘I don’t think…we weren’t in a rhythm at all in the second half. You could feel it, you could see it, Garoppolo said.

‘We were talking about it on the side line. But was just thinking about it, this was kind of my first week with these guys and I’ve just got to get into rhythm with them.’

Garoppolo missed all of the team’s offseason workouts while recovering from surgery on his throwing shoulder. Upon his return he only received limited reps with the starters in practice, due to Lance being named the starter.

‘Oh yea my arm’s feeling it right now,’ Garoppolo said. ‘You know I didn’t go through OTAs and training camp. I’m not trying to make excuses or anything, but you know I just have to get into game shape and get rolling.’ 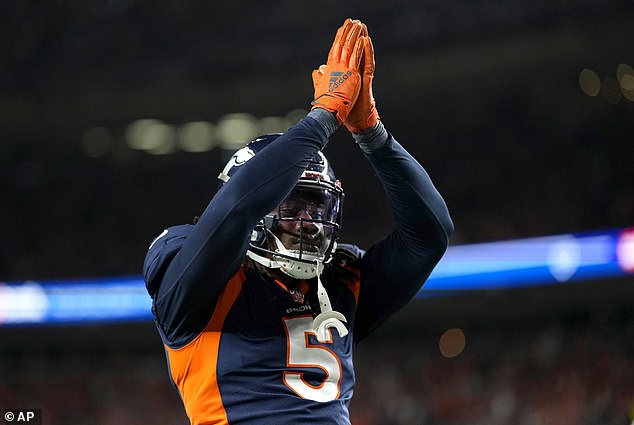