Johanna Konta showed she is a cut above the rest of the Britpack as she overpowered Heather Watson in straight sets.

The world No 13 was pushed all the way by Watson in a 73-minute first set which lived up to its Battle of the Brits billing.

But after saving six set points and eventually coming out on top in a topsy-turvy tie-break, Konta crushed her countrywoman in the second to advance to the next round with an impressive 7-6, 6-1 win.

As the only two Brits to make the women’s draw of the US Open, the ninth seed is now flying the flag as early as the second round.

Yet her performance on Tuesday night – in which she displayed both her fighting qualities and ruthless streak – proved she should be viewed as real contender to claim her first Grand Slam this month.

Konta will be the overwhelming favourite to win her second-round tie against Romanian Sorana Cîrstea, the world No 77.

And with six of the top 10 women missing from this year’s tournament, the ninth seed would be disappointed if she does not at least match her run to the quarter-finals last year.

The knee injury which has caused Konta so much pain in the past appears to be a distant memory, as does the worrying heart palpitations she suffered in a warm-up event in Kentucky last month.

And the British No 1 was all smiles on Flushing Meadows’ empty Court 5 on Tuesday night after seeing off her Fed Cup team-mate, appearing at total peace with the world under the watchful eye of her new coach Thomas Hogstedt, the man who once masterminded Maria Sharapova. 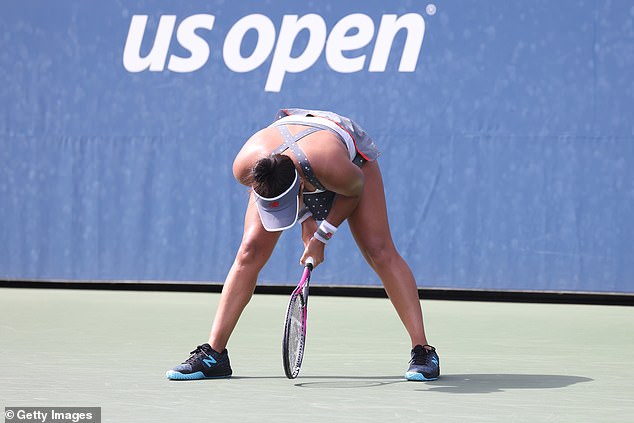 Konta, wearing patriotic blue and red colours on court, is certainly doing her bit for British tennis right now, even if she does not share the best of relationships with other players from her adopted country.

As recently as last month’s Battle of the Brits Team Tennis event, the Sydney-born star was mocked for not appearing in Roehampton on the final day, with Liam Broady parading a cardboard cut-out of Konta in her absence.

Such behaviour upset Konta, who also reacted angrily last week when Laura Robson described the appointment of her coach Hogstedt as ‘weird’.

But Konta has at least always got on well with Watson, even if their previous competitive court battles have been somewhat one-sided – Konta winning all three without dropping a set. 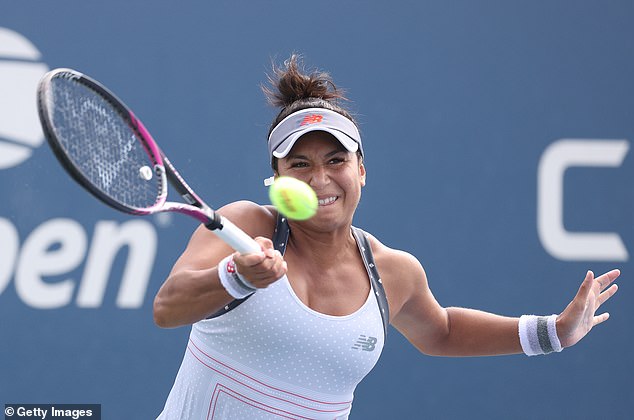 The form and history books both suggested Tuesday night could have been another stroll for Konta, who impressed in her run to the semi-finals of last week’s Western and Southern Open.

In contrast, Watson had lost both of her matches since her return from lockdown and she had never gone past the first round of the US Open in her previous eight attempts.

But buoyed by playing her Fed Cup team-mate, Watson was up for the fight in a thrilling first set, which lasted almost an hour and a quarter.

The pair stayed on serve until the ninth game, when Konta eventually broke Watson with her fourth break point of the set.

However, Konta failed to serve out for the set at 5-4 and then, serving to stay in at 5-6, she had to save two set points. 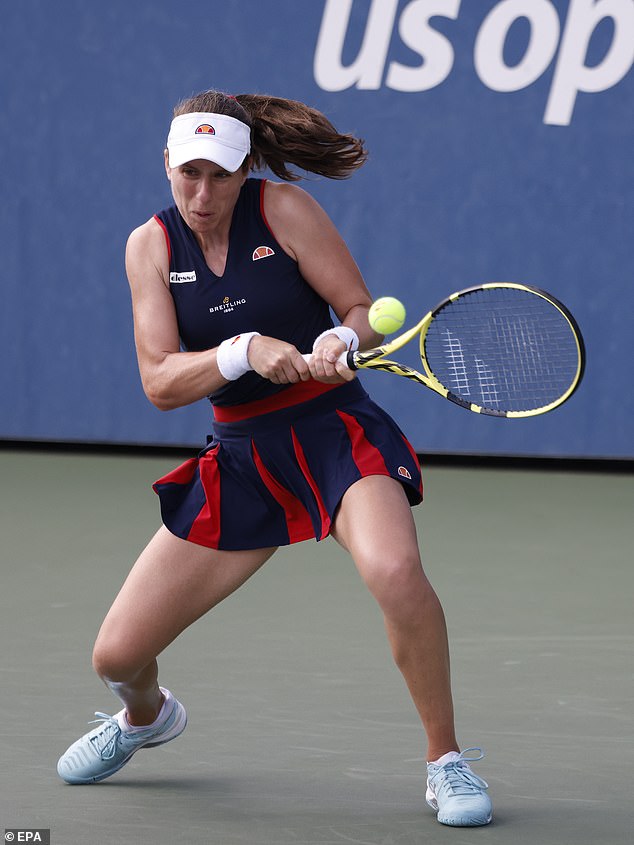 In the tie-break, Watson stormed into a 6-3 lead and, after wasting those, had a sixth set point at 7-6.

But Konta kept producing big first serves when she needed them most and she showed her killer instinct when, with her first set point, she saw the tie-break out and won it 9-7

It was a devastating blow for Watson, who never recovered.

Having served so strongly in the first set, the British No 2 hit two double faults in her first service game of the second as she went an early break down.

A ruthless Konta then went a double break up with a fine forehand lob.

Watson avoided the embarrassment of a bagel when she saved a set point in her third service game.

But it was small mercies as Konta held her own serve to love to take the second set in 35 minutes.