Jo Konta has pretty much vanished off the radar since the US Open, where she made the last eight of a Grand Slam for the third time in 2019.

She resurfaced at Roehampton’s National Tennis Centre this week, revealing that a knee injury, more serious than first thought, was the reason behind her disappearance. It even threatens her participation at the Australian Open next month and getting it right has been her main preoccupation.

‘I have been carrying a knee problem since the first week of the year, in Brisbane, and it was basically a case of just managing it through the season,’ says Konta, 28, of an ailment she describes as tendinitis.

British No 1 Jo Konta is planning to play in Brisbane, Adelaide and Melbourne next month

‘Once we got to the grass it got worse and then at the US Open it felt significantly worse, so I had to look into how I wanted to keep going. I was rehabbing until just before Moscow (in October) but then decided to take a holiday, hiking north of Inverness, and I’ve been in pre-season since that finished.’

On this year’s evidence she would be on the long list of contenders for the Melbourne title.

‘I have definitely booked my flight for (December) the 30th and I want to be on that plane but I’m not giving myself any deadlines. I will be ready when I’m ready. I’m planning to play Brisbane, Adelaide and Melbourne, but I can only listen to my body. I am certainly hopeful that I will be ready.’ 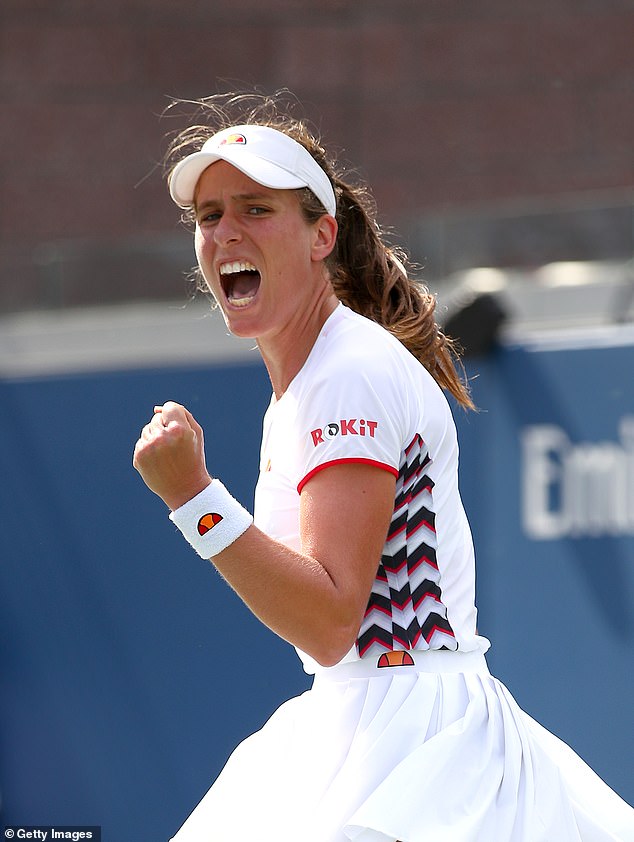 New York, where she gained a celebrity admirer in actor Tom Hiddleston, was three months ago. She has had plenty of time to reflect on a season when she rebounded to such an extent that hopes were kindled of her becoming Britain’s first female Grand Slam singles winner since Virginia Wade. A world ranking of 12 makes her the country’s best female player by a country mile.

‘New York was a very nice experience but equally so making it to the last four of the French and more than anything having that consistency through the four Slams. My match against Karolina (Pliskova, the world No 2) at the US Open stands out. It was a very good match for me to be able to come through.’

The low was not losing the Wimbledon quarter-final, nor the subsequent spat with a reporter she accused of patronising her, but missing out on the French Open final when her weather-affected match against the unheralded Marketa Vondrousova was moved to a smaller court at the last minute. She could not convert a strong start.

‘That was probably the one which hurt the most and took a few extra days to digest and move forward from. That was quite a tough match for me,’ she says in a tone that leaves no doubt she wishes it consigned to history. 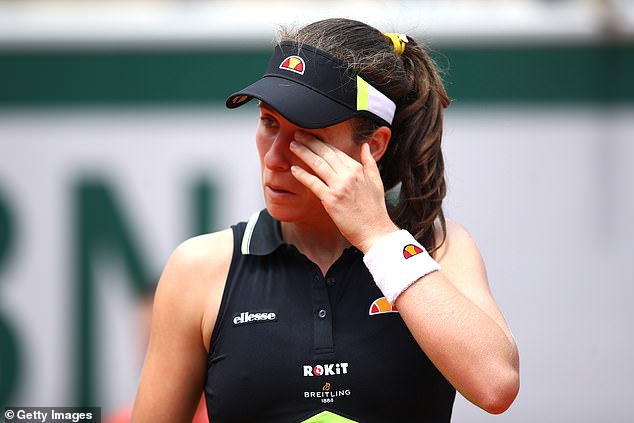 In recent seasons Konta has regularly marked the off-season by changing coaches but her duo of the softly spoken Frenchman Dimitri Zavialoff and extrovert Mancunian Dan Smethurst will remain.

She added: ‘Translating the hard work into good rewards on court has been a lot to do with having a very solid team around me, a clear vision on how we are scheduling things and keeping a life balance. There’s a very healthy vibe between us, everyone has enough space. We are building my game to give me the tools when I’m on court. There is very little between me being in the top 10 or being 11 or 12.’

If she replicates her form of last year there will be opportunities. ‘What has been apparent in the last couple of years is that the depth in the women’s game is becoming more dense in that we have very exacting matches from the first round onwards because there’s very little separating the players,’ she says.

‘Maybe we are a bit spoiled for choice right now because we have these young players and still have greats like Serena and Venus, but one day they will stop.’