Joan Bakewell reveals how she fell victim to online ‘scam’

By Faye White Showbusiness Reporter For The Daily Mail

Joan Bakewell has revealed how she foolishly fell victim to an online face cream ‘scam’.

The 84-year-old TV presenter said she saw an advert for a free trial for an anti-wrinkle cream and decided to try it out. She received the product in five days but later found that £160 had been taken from her bank account.

Speaking about her experience with the company, called Claire Hydrafirm, Baroness Bakewell said: ‘It was a hugely disappointing enterprise and I felt I’d been a fool. I suspect it might have been Facebook [where she saw the product advertised], how gullible can you be.

Joan Bakewell, 84 decided to try out a free trial for an anti-wrinkle cream online but later found £160 had been taken from her bank account

‘I don’t know how I came about it, I’m such a gullible person. My brain must have been switched off really. It cost me £160 – what a fool.’

Claire Hydrafirm’s website said that customers who buy products under the 14-day trial programme will receive ‘one full jar and will initially be charged only a small postage and packaging fee of £4.93 on your credit card’.

But if no action is taken by the customer after the 14-day period, the credit card provided will automatically be charged £79.94 for one full jar of product, and charged £79.94 every 30 days thereafter. 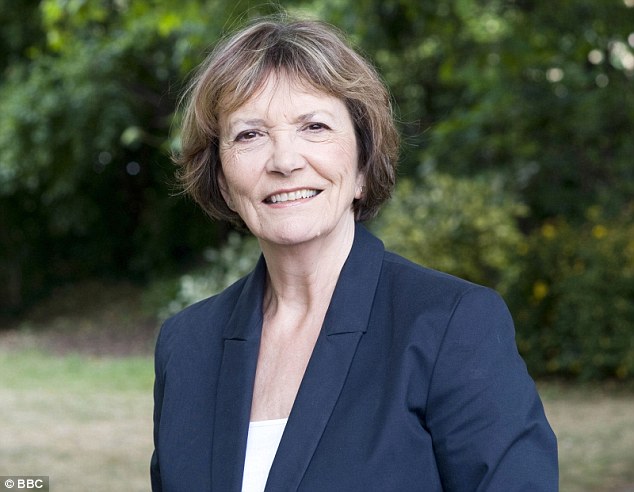 The 84-year-old TV presenter found that the company had taken two withdrawals of £79.94 because she hadn’t acted in the 14-day trial period

When Baroness Bakewell, a Labour peer, noticed the money had left her account, she contacted the company’s call centre, which she said is based in the Philippines, but was unable to get a refund. Claire Hydrafirm’s website says customers may ‘cancel at any time’ if they are unhappy with the product, but many reported having been charged twice, and receiving a serum they did not ask for.

Baroness Bakewell said her experience is ‘a lesson learned’. She added: ‘What the hell do I care about my wrinkles when I’m my age. It’s absurd’.

Claire Hydrafirm has not responded to a request for comment.