Joan Collins is surprised by husband Percy Gibson, 55, as she celebrates her 87th birthday

Dame Joan Collins may not have been able to enjoy one of her lavish dinners out for her birthday on Saturday, but her husband Percy Gibson pulled out all the stops.

The glamorous icon turned 87 on Saturday and her husband, 55, made sure she still celebrated in style while in lockdown at their London home.

Taking to Instagram Joan shared photos of her besotted husband surprising her with gifts and cake, as she declared she had had ‘a sensational’ day.

Many happy returns: Dame Joan Collins may not have been able to enjoy one of her lavish dinners out for her birthday on Saturday, but her husband Percy Gibson pulled out all the stops

First thing in the morning Percy surprised his wife of 18 years with armfuls of gifts and a candle-adorned cupcake.

Joan shared a snap of a beaming Percy walking into their bedroom with the presents and the pretty cake on a tray, telling her fans: ‘First thing in the morning my loving #ahubby showered me with #flowers #gifts and #surpises more to come.’

Later, Joan shared a photo of herself looking typically glam in a white draped top and glittering jewels as she and Percy posed with another cake.

‘It wasn’t just a #happybirthday it was a #sensational one – I’m still reeling from the brilliant surprises!’ she captioned the sweet snapshot.

Gifts galore: The glamorous icon turned 87 on Saturday and her husband, 55, made sure she still celebrated in style while in lockdown, presenting her with gifts and multiple cakes 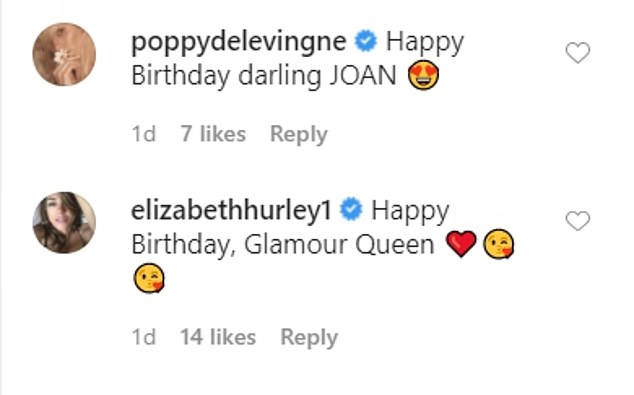 Messages: Joan’s close friend Liz Hurley, her son Damian and actress Poppy Delevingne were among those to wish the star a happy birthday on Instagram

Last week Dame Joan criticised the UK government for being ‘ageist’ to those over the age of 70 amid the ongoing coronavirus crisis.

In her column for The Spectator on Sunday, the actress claimed government advice saying elderly people needed to stay indoors during the global pandemic was ‘utter discrimination’.

Holding nothing back, she said: ‘I’ve always thought Western society was terribly ageist, and I don’t just mean showbiz folk but across the board. 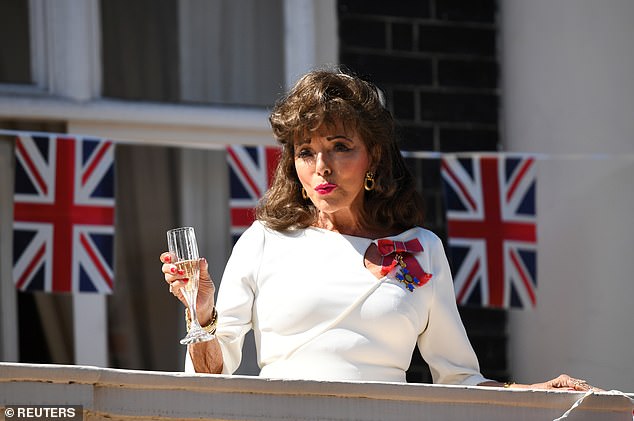 Calling it out: Last week Dame Joan criticised the UK government for being ‘ageist’ to those over the age of 70 amid the ongoing coronavirus crisis.

‘That was utter discrimination against the hardy individuals who have no health issues. But more harmful was bolstering the existing belief among the general public that the old should keep out of everyone’s way.’

The Dynasty star added that she declared ‘stunningly healthy’ by her GP on her most recent visit, and has never limited herself by her age, which was true of others too. 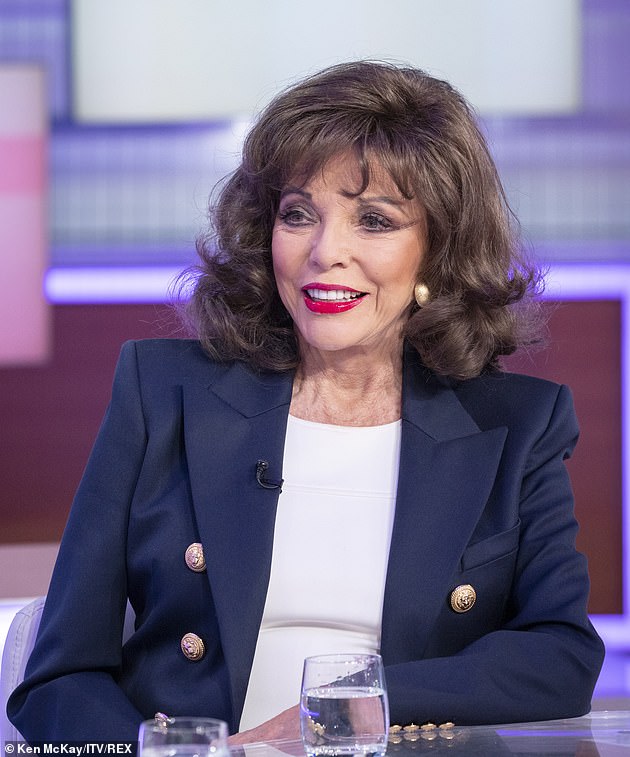 Holding nothing back, Joan claimed the government telling those over 70 to stay inside was ‘discrimination’ and ‘harmful’ because of how it allowed the public to treat older people

Joan said there are ‘hundreds of thousands’ of people like her that are certain to feel the same way about being told to stay indoors throughout the UK’s lockdown.

Picking out fellow elderly actors, Joan said it was a shame 88-year-old Coronation Street star William Roache, who plays Ken Barlow, was not allowed to return to work because of the government’s advice.

She also detailed her shock when pal Christopher Biggins, 71, was stopped by members of the public during a run, because they believed he should remain inside.

Earlier this month, Joan declared she’d ‘settle’ at living til she’s 100 – and brushed off the age difference between her and husband Percy Gibson.

Joan married Percy, 55, in 2002, and said in a new interview that ‘people make too much fuss about age, which is just a number.’

Speaking to The Mirror, Joan said: ‘I think there’s a big difference between biological age and the age you’re supposed to be.

‘As you know, [Percy] is somewhat younger than me. At first people would always say, “What are you going to do about the age difference?” I’d say, “Well, if he dies he dies!”‘

She mused: ‘Will I outlive you all? No, I don’t want that. 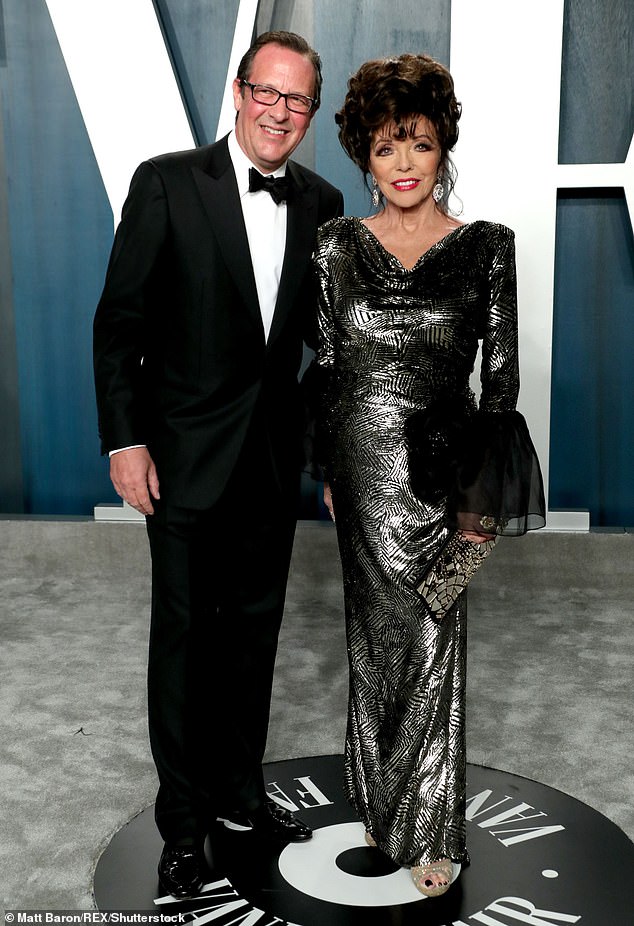 Just a number: The Dynasty star added that she has been declared ‘stunningly healthy’ by her GP, and has never limited herself by her age [pictured in February with husband Percy]