The first image of Joaquin Phoenix in makeup to play The Joker was released on Friday.

The actor can be seen with clown like paint on his face in an Instagram image shared by Todd Phillips then Warner Bros. The caption read: ‘Camera test (w/ sound). Joker.’

At first the star is seen with plain clothes on. Then flashes of light spread over his face before he begins to smile. Finally, the made up Joker is exposed.

Very scary: The first image of Joaquin Phoenix in makeup to play The Joker was released on Friday morning

Earlier this week, Phoenix seemed solemn and disheveled as he filmed more scenes for the Batman character’s origins movie on the streets of New York.

The actor, 43, has grown a shaggy hair style and appears to have lost weight for the role which explores how the comic book villain came to be. 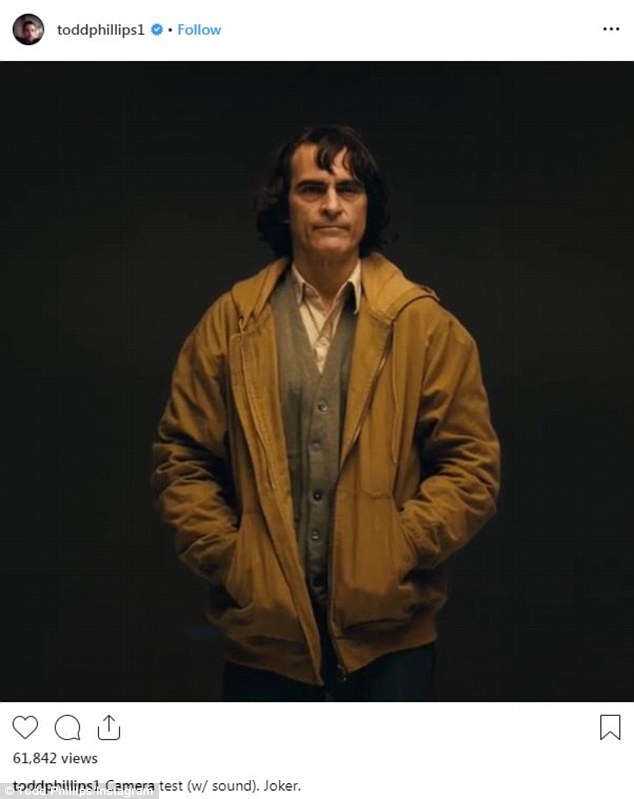 Before: At first the star is seen with plain clothes on. Then flashes of light spread over his face

He was later seen as cameras rolled with a brown knit cardigan over the shirt and wearing a fawn-colored hooded jacket.

His hair was styled up and away from his high forehead and he kept his head down and his hands behind his back as he walked.

The bearded Fleshler wore white face paint and was dressed in a long-sleeved undershirt and dark red trousers with suspenders and colorful patches. 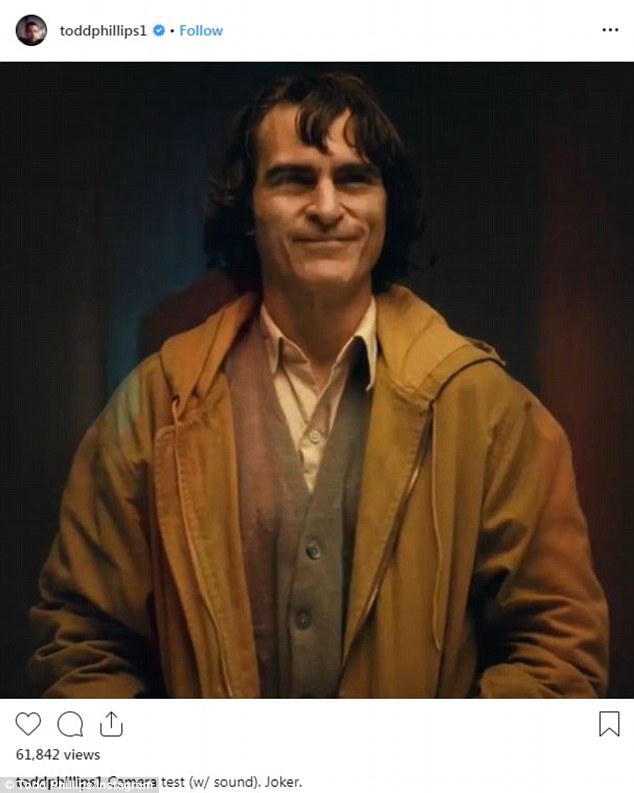 Wicked: Soon the Hollywood veteran is seen with a devilish smile

On Monday, director Todd Phillips had shared to his Instagram the first close-up image of Phoenix in character as Arthur Fleck, who becomes The Joker.

The star gazes into the camera with tired eyes and sports stubble.

Earlier this month, Phillips, whose credits include The Hangover movies and Due Date, shared an equally moody shot of himself to announce that principal photography was beginning on The Joker.

The origin story – which is due for release on October 4, 2019 – sees Joaquin in the titular role despite Jared Leto most recently playing The Joker in Suicide Squad.

The movie has Martin Scorsese as one of its producers, and THR reports that Robert De Niro will be in the movie as ‘a talk show host who is somehow instrumental in the Joker’s origin.’ 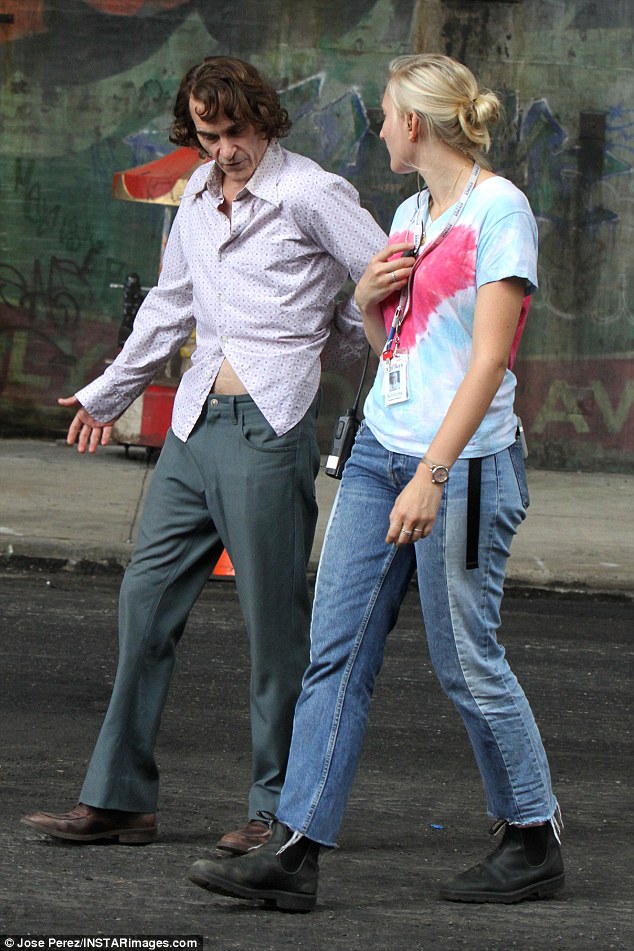 At work: Earlier this week, Phoenix seemed solemn and disheveled as he filmed more scenes for the Batman character’s origins movie on the streets of New York. It was Gotham City in the 1980s

Marc Maron is also apparently appearing as ‘an agent on Robert De Niro’s talk show who plays a part in booking Phoenix’s character, and eventually causing him to go mad and become the Clown Prince of Crime,’ according to Variety.

Deadpool 2 actress Zazie Beetz will play ‘a single mother who catches the interest of the man who will become the clown prince of crime,’ also reports THR.

The origins story will reportedly be loosely based on the origin story written by Alan Moore 30 years ago in The Killing Joke.

In that version the Joker quits his job as a Lab assistant and becoming a stand-up comedian to support his pregnant wife. ‘Arthur’: Director Todd Phillips shared this first close-up look of Phoenix as Arthur Fleck who becomes The Joker on his Instagram on Monday

Unsuccessful, he agrees to help mobsters with a robbery and dons the Red Hood, however, the heist goes awry.

The comedian leaps into a chemical vat to escape Batman, surfacing disfigured and this, combined with the earlier accidental death of his wife and unborn child, drives the comedian insane and he becomes the Joker.

When chatting recently with Collider, Phoenix admitted that playing The Joker ‘scares the f***ing s**t’ out of him.

The film  is slated for an October 2019 release. 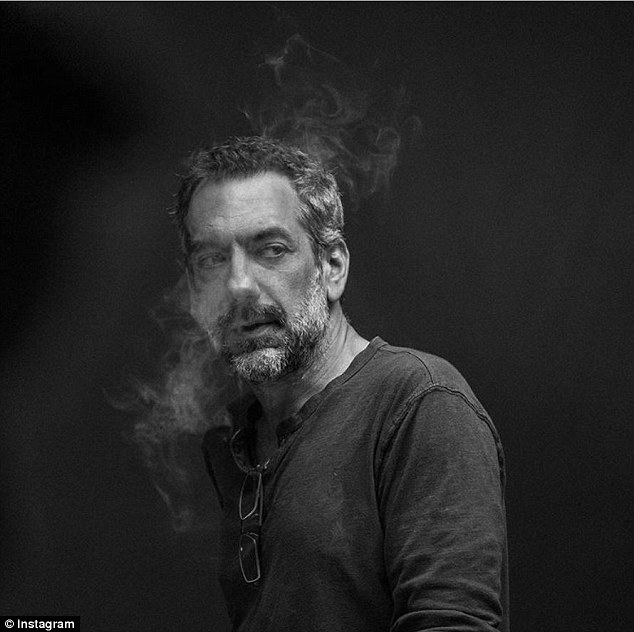 ‘Here we go’: Earlier this month, Phillips shared an equally moody shot of himself to announce that principal photography was beginning on The Joker