‘No Indian or African applicants’: Racist job advert for a care worker bans ‘dark-skinned’ people from applying after request from an autistic patient

A racist advert from a disability care provider banned ‘dark-skinned’ people from applying for a job, claiming an autistic patient had made the request.

Absolute Care and Health, based in Melbourne, posted the ad on Monday asking for carers who ‘weren’t African or Indian’ to apply.

The advert, which sparked uproar within Indian and African communities, has since been removed by the company.

‘The ideal fit for this role is someone who has two years or more experience working in the disability sector, working with clients with autism,’ the advert shared to Indeed.com read.

‘We request no dark-skinned (Indian or African) applicants apply for this role (as per client request).’

Absolute Care and Health, based in Melbourne, posted the ad (pictured) on Monday asking for carers who weren’t African or Indian to apply – as part of the patient’s request

Meenu Chandran, a social worker who had previously worked in the disability care sector said she was furious upon reading the post.

‘It is outright discriminatory. I was thinking that people would learn from what is happening in the US with [George] Floyd case, but they didn’t,’ she told SBS Malayalam.

Another former disability support worker said he had seen similar adverts at least five times within the last two years.

‘This advert actually said “dark skin”. Some try to manipulate their words by saying someone has to be “Anglo-Saxon”,’ Mohammed Umar said.

‘The idea that these organisations are legitimising their discrimination by saying this is what the clients want – that’s really, really bad. No one should accept that from anybody.’ 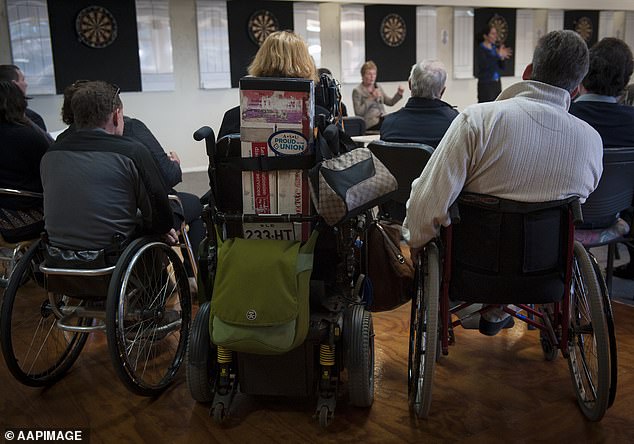 Absolute Care and Health withdrew the advertisement a day after it was published and has apologised.

‘It happened as a result of an extreme failure in our internal processes and we are so very deeply sorry for the offence and distress that our error has caused,’ CEO Barbara Ould said in a statement to Daily Mail Australia.

‘As soon as we discovered that the advertisement had been posted, we quickly removed it; published an apology on our website; apologised personally to those who had viewed the advert and those who contacted us with their concerns; and, started an investigation as to how it happened.

‘This was human error and we take full responsibility for its impact.

‘We absolutely agree that the language used in the job advertisement is completely unacceptable.

‘The diversity of our employees has been a significant strength of our organisation since it was founded and we’re proud to work with a team made up of so many different cultures, backgrounds and languages.’

In Victoria, it is legal for an employer to discriminate upon who they offer employment in relation to care or personal work within their home.