‘Catwoman’ Jocelyn Wildenstein’s attempts to claw her way back to financial security are being stymied by her bank, the plastic surgery-addicted socialite has claimed in new court papers.

DailyMail.com can reveal she is now trying to stop the bank from foreclosing on two 51st floor apartments in the Trump World Tower in Manhattan despite allegedly not paying a dime toward her $4.5 million mortgage in more than two years.

But Wildenstein insists she is in the right saying ‘This case is not your typical “bread and butter” foreclosure,’ in an affidavit opposing the bid by New York-based Modern Bank.

The Swiss-born ‘Bride of Wildenstein’ received $2.5 billion in her 1998 divorce settlement from art dealer Alec Wildenstein. She was also to receive $100 million a year for the next 13 years.

The 77-year-old and her fiance Lloyd Klein, 50, were spotted going into a New York City courthouse on Wednesday for a hearing on their assault case earlier this month.

‘Catwoman’ Jocelyn Wildenstein (pictured on Wednesday) is trying to stop the bank from foreclosing on her Trump World Tower apartment after she allegedly failed to pay her $4.5M mortgage 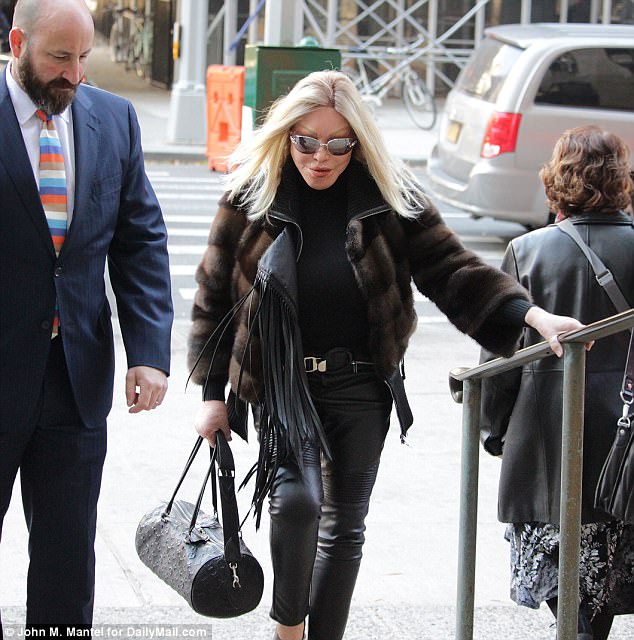 The divorce came after 60-year-old Alec threatened her with a gun when she arrived home to find him in bed with a teenage Russian model. Alec died in 2008.

Over the years the money has disappeared, she claims.

Wildenstein has always lived lavishly spending an estimated $555,000 a year on food and $62,000 on phone calls. She even kept two tigers in a bulletproof cage at one point.

But Modern Bank says she has not made any mortgage payments since July 2015, three months after Wildenstein says the trust cut her off.

It also claims she has made unauthorized alterations to the condos ‘causing waste, harm and deterioration.’

The bank says the case against her has been delayed because attempts to serve papers on the feline-faced widow were thwarted by doormen at the high-rise close to the United Nations building in New York.

And it says her claims are ‘specious,’ ‘meritless,’ ‘patently untrue,’ ‘frivolous,’ and ‘absurdly inapposite.’

Wildenstein, who is alleged to have spent some $4 million on plastic surgery, claims the bank ‘coerced’ her into taking out the mortgage even though it should have known she couldn’t afford to pay it off.

She said the bank said it ‘would take complete responsibility for the payment of all my monthly bills, including the mortgage payment, if I would allow them access to all monies paid to me from my family trust.’ 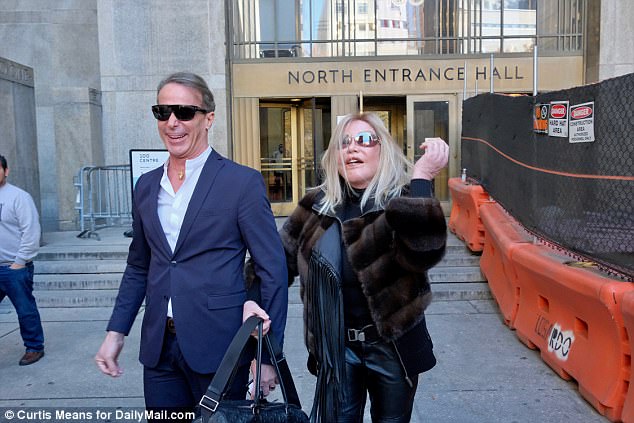 The feline-faced woman has been involved in a 15-year on-off affair with French fashion designer Lloyd Klein (left) but that relationship has been marred by physical altercations. She was arrested for allegedly slashing his face during a fight in November 2016 but the two have since reconciled 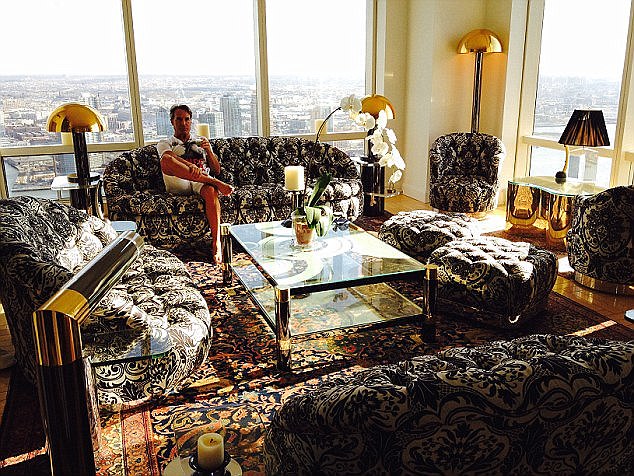 Wildenstein is trying to stop Modern Bank from foreclosing on her two 51st floor apartments in the Trump World Tower in Manhattan despite allegedly not paying a dime toward her $4.5 million mortgage in more than two years. Pictured, Klein reclining in the lavish apartment 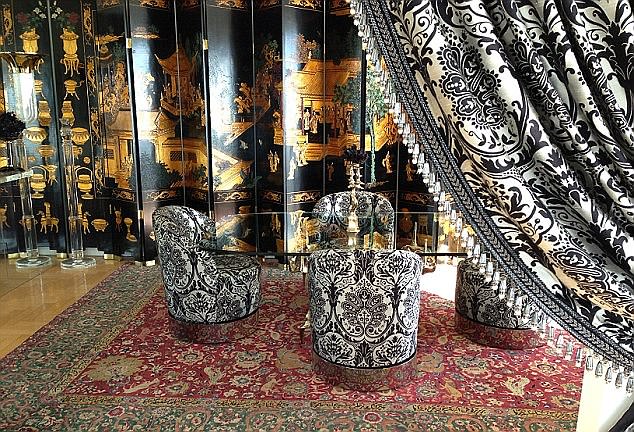 Wildenstein paid around $6 million for two apartments, but borrowed millions more to turn it into the eight-bedroom, six-bathroom residence and deck it out in an opulent art deco interior 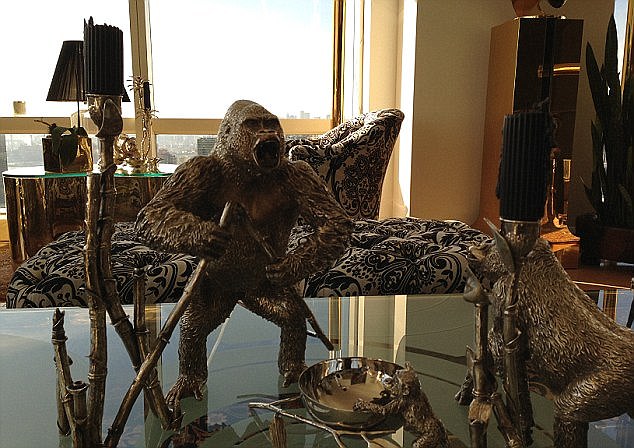 The bank claims she has not made any mortgage payments since July 2015, three months after Wildenstein said her ex-husband’s family cut her off 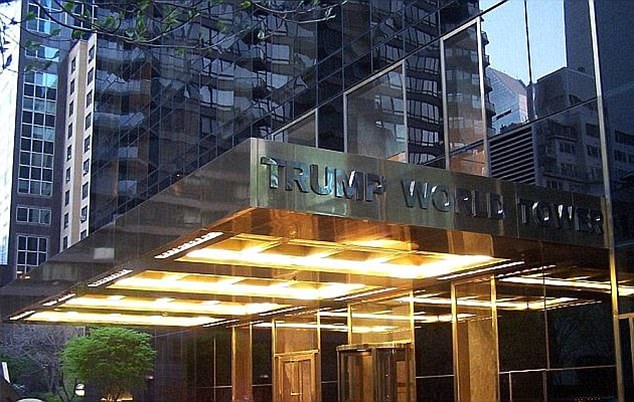 Her posh pad was put on the market earlier this year for $12,950,000 but has gone unsold despite the building boasting a spa, pool, and private wine cellar

She also claims bank officers — who she names as Shahin Pahlavi, Vera McVey, Reynold Tan and Daniel Bennett — should have known her net worth because it was in constant contact with the trust and made all her payments. She said her American Express bill was even sent directly to the bank for payment.

‘To this day,’ she said, the bank officers have ‘never provided me with an accounting of these transactions.

‘If there is a breach at all, it was caused by (Modern Bank’s) negligent actions.’

At the center of the dispute is her art collection including one work supposedly painted by French post-impressionist Paul Cezanne. Modern Bank knew she would have to sell off pieces of the collection to pay the mortgage, she alleges.

She said Modern Bank ‘breached its fiduciary duty to me when it either failed to use ‘due diligence’ in determining the value of the artwork, including but not limited to the ‘Cezanne,’…or knowingly funded the loan with such risk.’

Wildenstein’s lawyer, Patrick DeIorio, declined to comment on whether the Cezanne is genuine or whether the artwork is worth as much as once thought. ‘That is speculation,’ he told DailyMail.com. 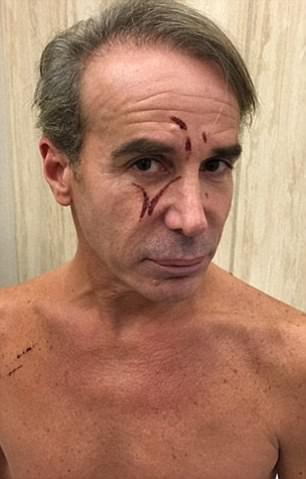 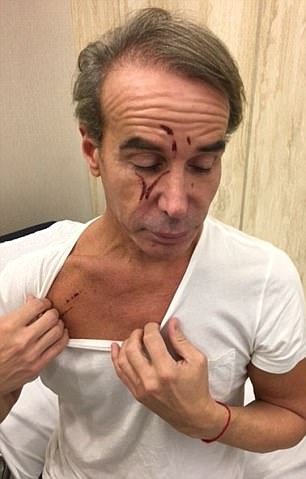 DeIorio said he is now waiting for a response from the bank. ‘It’s a very sensitive issue,’ he said. ‘We have alleged that the bank has certain obligations under New York State banking laws but beyond that I am not at liberty to speak.’

A spokesman for Modern Bank, who declined to give his name, told DailyMail.com that ‘instructions were sent out’ not to speak about the case. 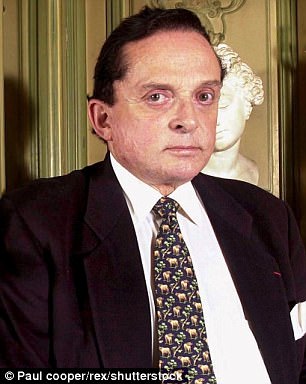 She became the world’s most infamous divorcee in 1999 when she landed a then-record $2.5 billion settlement from her late ex-husband, art dealer Alec Wildenstein

During an interview with filmmaker Daphne Barak last year, she claimed she is broke because her ex-husband’s family had cut her off and the last payment from her trust had arrived in March 2015.

‘Then they stopped coming,’ she told Barak. ‘I wasn’t ready for it. How can I pay for dental care, doctors, the expenses of my homes or traveling.

‘I have nothing to pay with.

‘You know, it cannot be, that one day — all of the sudden — they stop the payments,’ she added. ‘Just leaving me like that.

‘They expected me to live only 20 years.’

Wildenstein has been involved in a 15-year on-off affair with French fashion designer Lloyd Klein, but that relationship has been marred by physical altercations.

The two were seen going into a New York City courthouse on Wednesday, weeks after they were reported to have been involved in another brawl. The pair has since brushed aside claims of an assault and blamed their cuts and bruises on ‘passionate sex.’

The Manhattan District Attorney’s Office told TMZ that the couple’s case could potentially be tossed if they keep up good behavior.

The pair were seen smiling and linking arms as they left the court on Wednesday.

Last November she was arrested after what was described as a frenzied attack on her much-younger lover, when she was accused of cutting his face and chest with scissors and throwing hot wax over him in a ‘violent rage.’

Klein, 50, said he had to push her into a cupboard to stop her attacks.

The following month he was arrested when he tried to retrieve personal items from the apartments in the Trump World Tower.

But the couple made up and in July they got engaged when he gave her a 32-carat diamond ring during a visit to Miami.