Jodie Turner-Smith has had tens of thousands of pounds worth of jewellery, including her mother’s wedding ring stolen from her hotel suite in Cannes on Friday.

The actress, 34, tweeted about spending two-and-a-half hours at a police station on Sunday afternoon, but did not explain why she was there.

But according to Variety, sources confirmed the crime took place at Marriott on the Croisette – where the star was staying – as she stepped out for breakfast with her daughter, one.

Scary: Jodie Turner-Smith revealed she spent her last day of the Cannes Film Festival 2021 in the police station after she was reportedly the victim of jewellery theft 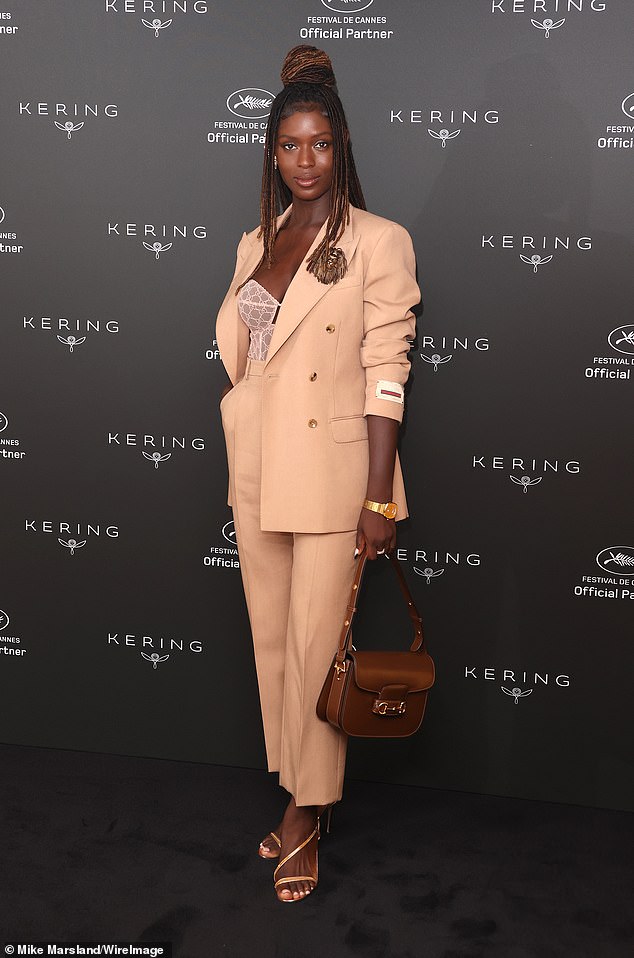 Shocking: According to Variety, jewellery worth ‘tens of thousands of Euros’ was stolen from Jodie on Friday

Taking to Twitter, she wrote: ‘Didn’t think I would be spending 2.5 hours in the police station on my final day in Cannes, but here we are…’

A local news outlet, Nice-Martin, reported jewellery had been stolen from an ‘unknown actress’ at a ‘famous hotel’ on the Croisette, in Cannes, with Variety later reporting Jodie had been targeted.

Just Jared added that the star’s mother’s ring was taken in the looting, which occurred in the actress’ hotel room at Marriott on the Croisette while she ate breakfast with daughter Janie, who she shares with actor Joshua Jackson.

There were reportedly no signs of a break in on the hotel room door and an investigation is now believed to be underway. Jodie has since moved to another hotel and her security detail has been increased. 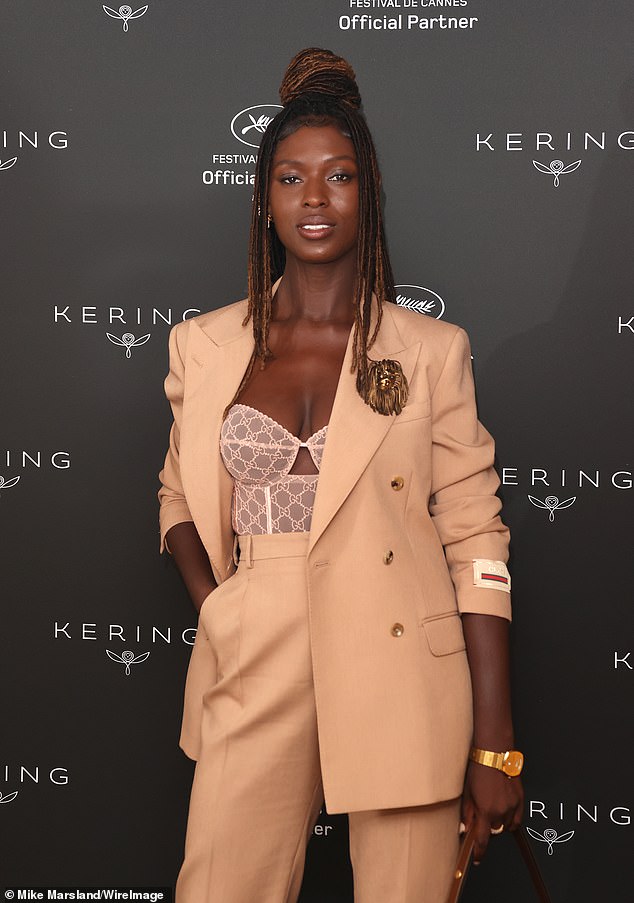 Posing: Jodie looked sensational as she appeared ahead of the Women In Motion talk

Just Jared added that ‘robbers targeted Jodie after she attended the After Yang premiere during the film festival, where she wore lots of rings, necklaces, and earrings’ and ‘robbers thought that Jodie was still in possession of those jewels’.

Jodie has been turning heads at the 74th Cannes Film Festival and looked sensational as she arrived at a photo call in the French city ahead of the Women In Motion talk on Sunday.

The Anne Boleyn star wowed as she donned daring sheer Gucci corset which left little to the imagination.

She layered the garment beneath a peach coloured two-piece suit that complemented her glowing complexion.

Adorning her lapel she also had a golden lion brooch, which added to the glamour of the ensemble.

To add height to her ensemble, Jodie wore a pair of cream-coloured heels and toted a brown leather handbag.

Appearing at the Women in Motion talk, Jodie called for greater opportunities and support afforded to women and people of colour in the film industry. 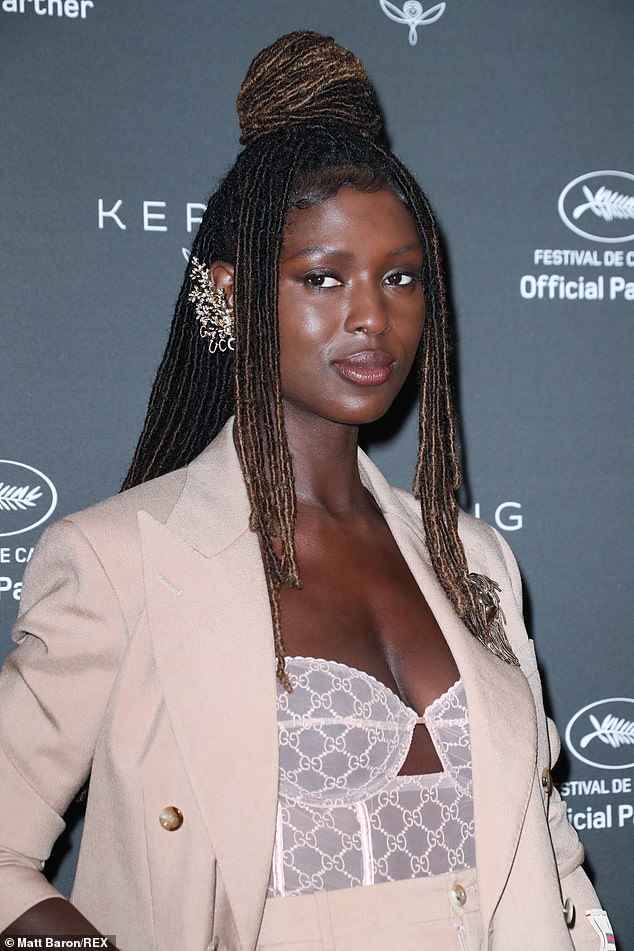 Sensational: The Anne-Boleyn star looked stunning in a peach coloured two-piece suit as she posed for the cameras

‘Using the opportunities that I have to give opportunities to people where the industry is being gate-kept to them or [who] are not being given the level of respect they deserve when they are extremely talented.’ 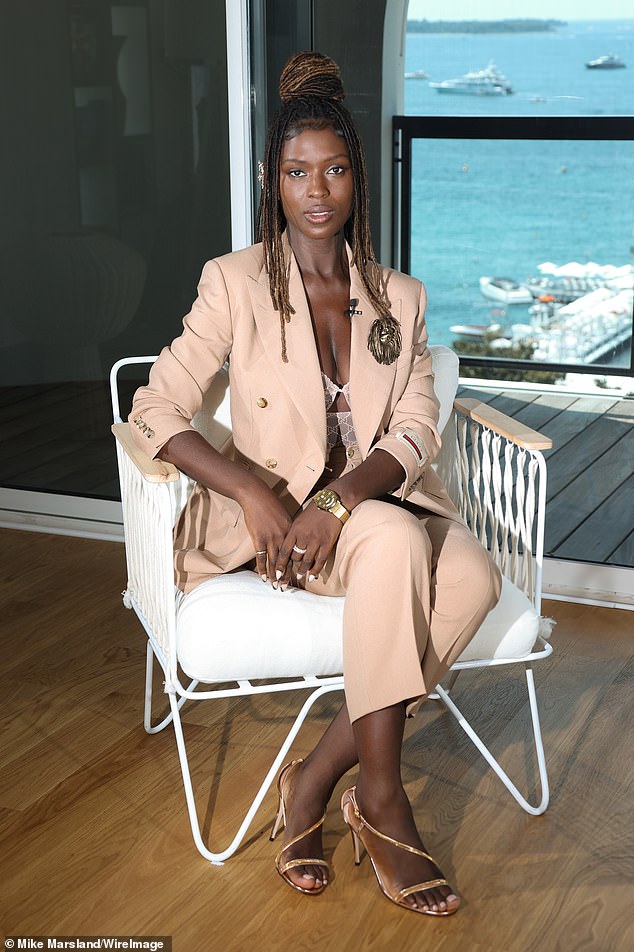 Accessorising: Adorning her lapel she also had a golden lion brooch, which matched the watch she wore on her left wrist

Jodie has been at Cannes promoting her upcoming film After Yang, which also stars Haley Lu Richardso.

After Yang is a science-fiction movie which stars Collin Farrell and Justin H. Min, centering around a family facing up to questions of love, loss and connection when their A.I. helper unexpectedly malfunctions. 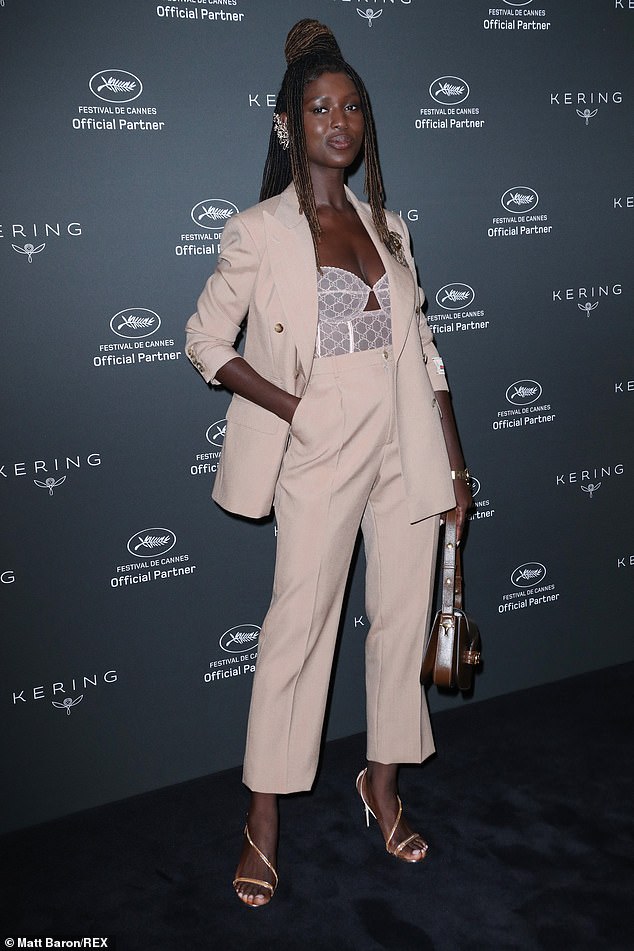 Daring: Beneath her jacket she wore a daring sheer white lace corset which left little to the imagination