Joe Allen believes that the Wales squad for this European Championship has more flair than the group which completed a glorious run to the semi-finals five years ago.

Chris Coleman’s side in France effectively picked itself and brought a blend of defensive rigour and counter-attacking verve, which devastated Belgium in the quarter-final.

But manager Rob Page has an abundance of young flair players, including Harry Wilson, Daniel James and Neco Williams, as well as different potential formations.

‘I think it has (more flair),’ Allen said. ‘Technically, throughout the squad, there is a bit more flair, a bit more creativity and a few more attacking dimensions.

‘As older players in the group, we don’t want to harp on about years gone by too much. We’ve done that, trust me, over the past five years. We’ve talked about it enough.’ 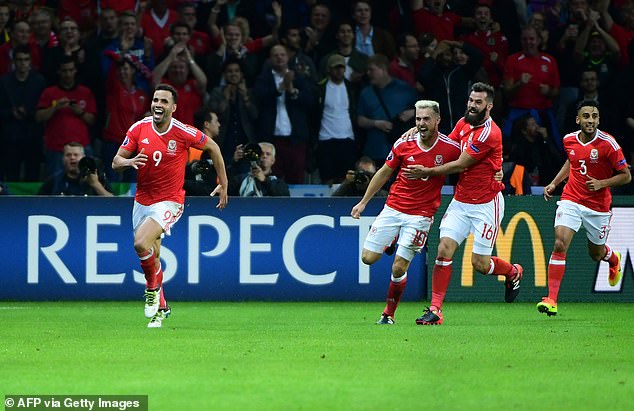