President Joe Biden will mark Equal Pay Day on Wednesday with members of the US Women’s Soccer Team, including star Megan Rapinoe, who vowed she wouldn’t visit the White House while Donald Trump was in office.

Rapinoe and teammate Margaret Purce will join Biden and first lady Jill Biden at the White House to talk about pay equality.

Equal Pay Day is a different date every year and symbolizes how far into the year the average women must work in order to earn what the average man earns in the previous year.

American women, who earn 82 cents on average for every dollar earned by men, also have been hit harder by the coronavirus pandemic. More than 2.3 million have left the workforce since February 2020, according to the National Women’s Law Center. 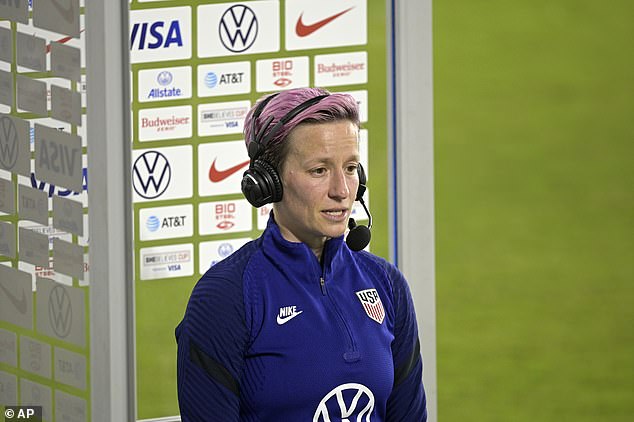 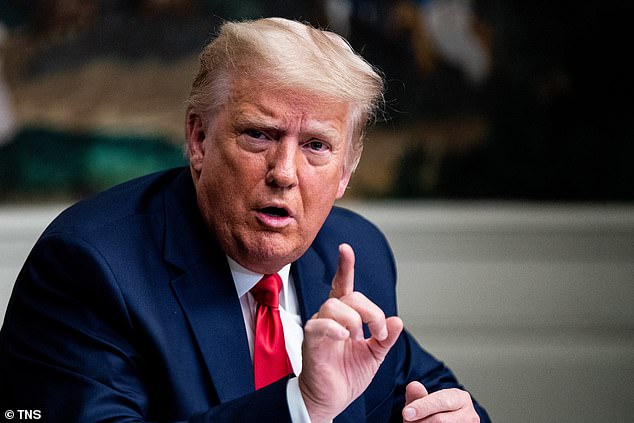 Megan Rapinoe, who is a lesbian and LGTBQ activist, feuded with then-President Trump during 2019 World Cup and said she wouldn’t visit the White House while he was president 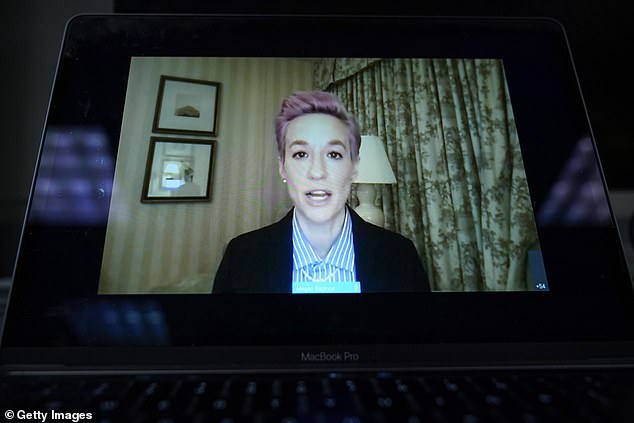 Biden’s America Rescue Plan, which he and administration officials have been selling to the public in their ‘Help is Here’ road show, contains provisions to help women return to the workforce.

Fans shouted ‘equal pay’ in the final World Cup match as the women played in a show of solidarity.

The women’s team reached a settlement in December with U.S. Soccer on certain conditions, including team travel and accommodations, but is still fighting on the pay issue.

The soccer star also testified about the equal pay issue before a House committee on Wednesday morning.

‘We have filled stadiums, broken viewing records, and sold out jerseys, all popular metrics by which we are judged,’ Rapinoe told lawmakers, ‘yet despite all of this, we are still paid less than men for each trophy — of which there are many, each win — each tie, each time we play.’

She added: ‘There’s no accomplishment or power that will protect you from the clutches of inequality. One cannot simply outperform inequality or be excellent enough to escape discrimination of any kind.’ 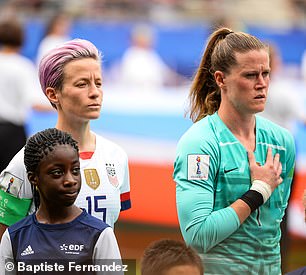 Since the start of the 2019 Women’s World Cup in France, Megan Rapinoe (seen left) has declined to sign the anthem or place her hand on her heart

Rapinoe endorsed Elizabeth Warren during the 2020 Democratic presidential primary but backed Biden once he became the nominee.

During the 2019 world cup tournament, Rapinoe quarreled with then President Donald Trump and said ‘I’m not f****** going to the White House’ for the traditional visit by a championship team.

Trump had criticized Rapinoe for not singing along with the National Anthem. Many athletes knelt for the singing of ‘The Star Spangled Banner’ to protest against racism and police violence.

Rapinoe was one of the few white athletes, and the first female, to join Colin Kaepernick in his taking the knee. Trump heavily criticized the football player for his actions.

‘I’m not going to the f*****g White House,’ Rapinoe told Eight by Eight magazine in June 2019 when asked about the traditional visit. In 2015, she and the team visited the White House after winning the World Cup in Canada, when Barack Obama was president.

‘No. I’m not going to the White House. We’re not gonna be invited,’ said Rapinoe, who is an outspoken critic of President Trump. 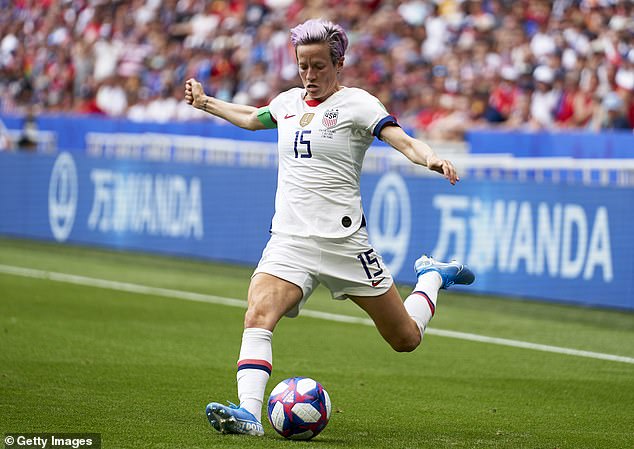 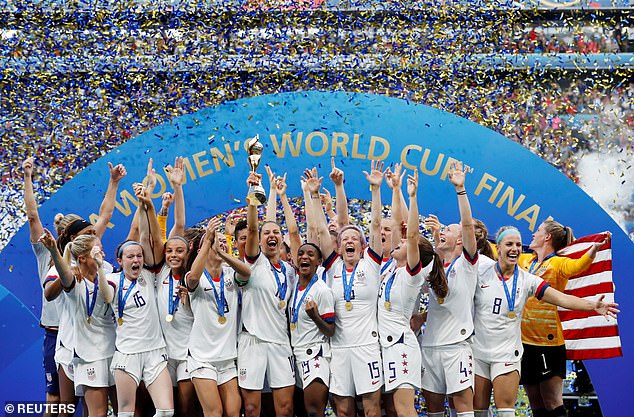 The U.S. Women’s Soccer Team after winning the 2019 World Cup in Lyon, France; they did not get a White House visit but got a ticker tape parade in New York City

Trump responded by advising Rapinoe to win first and then talk later. ‘Megan should WIN first before she TALKS! Finish the job!,’ Trump tweeted at the time.

The women’s team won the World Cup and did not attend a championship ceremony at the White House. They did get a ticker tape parade in New York City.

Rapinoe, who is a lesbian and an LGBTQ activist, said she speaks out against Trump because he excludes people like her.

‘I think Trump’s message excludes people that look like me and are me, of course,’ Rapinoe told NBC News after the team’s World Cup win.

‘But it excludes a lot of people in his base, as well. And I think that he is trying to divide so he can conquer, not unite so we can all conquer,’ she said.

She stood but was criticized for not singing and putting her hand over her heart like other players.