Joe Cole crowned Chelsea’s 1-0 win over Ajax in Amsterdam as the ‘best performance’ of the Frank Lampard era.

Cole, who is a former team-mate of Lampard’s, was impressed with the organisation and appetite of the Blues as the nullified Ajax before striking late to take control of Group H in the Champions League.

‘It was a top class performance and certainly Frank’s best performance since he went over,’ BT Sport pundit Cole said.

‘From being in and around the club it just feels right, Players who may have felt pushed aside or unsure of their future, they are now producing big moments for the club and it is credit to Frank and his staff. It is really looking good at Chelsea.’ 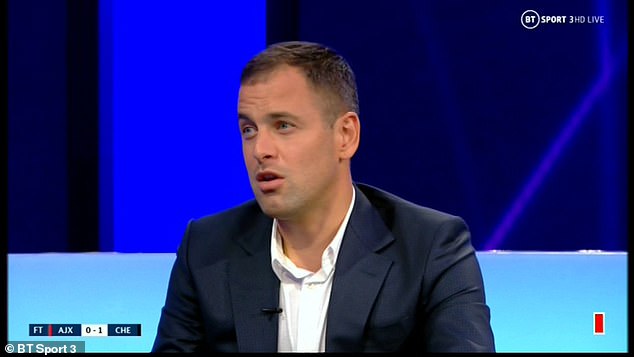