Newcastle United have confirmed that Joe Joyce has left the club after 15 years as academy director.

Sportsmail revealed in February that Joyce had been stood down from the role after his wife raised a dispute with the club over the treatment of their son.

Sam was a player in the academy before his release in 2019 and he is now enrolled on a soccer scholarship in the United States.

However, we understand his mother brought a complaint against Newcastle after the reoccurrence of an injury suffered while Sam was playing for the club. We were told she believed the treatment of that injury on Newcastle’s watch was not sufficient. There was also an issue over her son’s academic education while in the academy.

And the departure of former Barnsley defender Joyce, 60, has now been confirmed with Steve Harper set to continue as interim academy boss until the end of the season.

He had been part of Steve Bruce’s first-team coaching staff before Joyce’s exit amid the family’s dispute with the club. 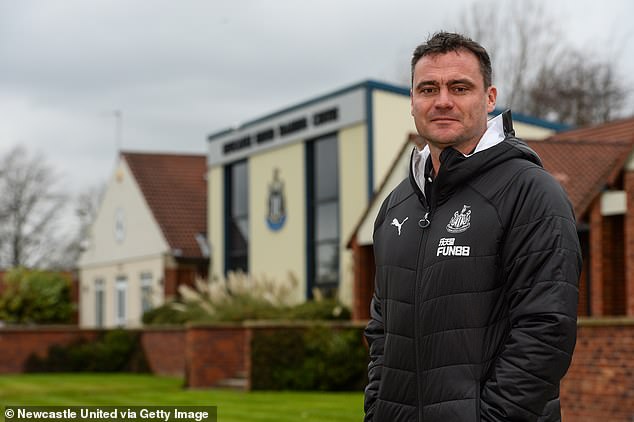