Joe Marler is now available for the second match of England’s autumn series after the expiry date of his three-week suspension for striking was brought forward.

Marler is now free to play from midnight on November 12, meaning that having missed the opener against Argentina at Twickenham he will be able available for selection against Australia the following Saturday.

The adjustment to the dates of Marler’s ban, which remains at three weeks, comes after his club Harlequins argued he would have played in the Anglo-Welsh Cup on November 5 having been omitted from the England squad named for the autumn series on Thursday.

The confusing revision to the terms of the suspension, incurred for landing a forearm on Will Rowlands in Harlequins’ 41-10 defeat by Wasps on Sunday, has left rugby’s judiciary open to ridicule.

The disciplinary committee initially rejected a request for England’s training camp on the weekend of November 4-5 to be included within the suspension even though he would not have played a match.

However, once the 27-year-old prop was excluded from Eddie Jones’s 34-man training squad bound for Portugal next week, thereby making him available for club duty, Harlequins informed the committee that he would have been selected for the opening two rounds of the Anglo-Welsh Cup.

Upon receiving this information the committee – which included former Scotland coach Frank Hadden – brought forward the end date for the ban in an episode that reflects poorly on the sport’s tangled and convoluted disciplinary process. 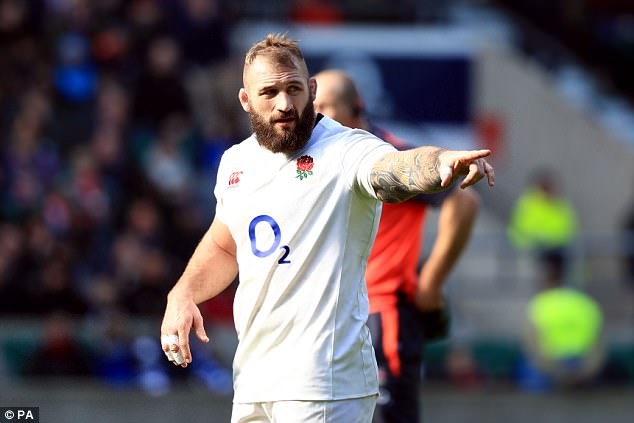 A statement from the committee read: ‘Marler remains suspended for three weeks after being found guilty of striking with the arm during the Champions Cup, Round 2 match between Wasps and Harlequins at the Ricoh Arena, however, it has now been decided that his suspension will end at midnight on Sunday, 12 November.’

Jones will welcome the availability of his second choice loosehead prop for the most challenging element of the Old Mutual Wealth Series against the Wallabies knowing that it will give him the opportunity to rest Mako Vunipola if deemed necessary.

The Australian stated at Thursday’s squad announcement that some of his British and Irish Lions contingent would be stood down this autumn due to fatigue and Vunipola can now be involved against Argentina only. 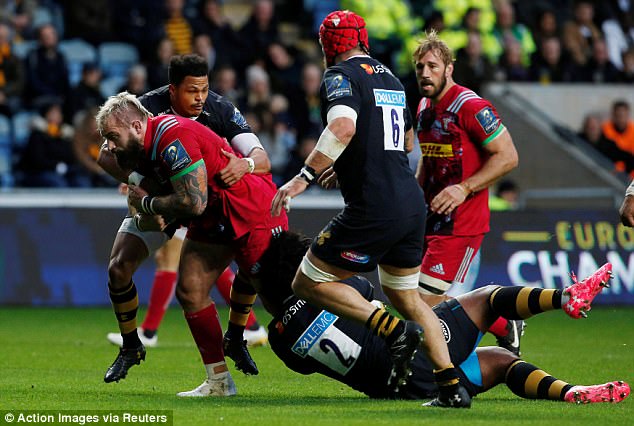 The outlook for rugby’s judiciary process is less rosy, however, and condemnation for the system has been strong throughout the week even before Marler’s case began furious head-scratching.

Consistency and competence are the areas of gravest concern and were highlighted in the wake of last weekend’s European action, with the headline-grabbing fury of Northampton at the decision to cite England captain Dylan Hartley and the suggestion that he was victimised for his poor disciplinary record.