Joe Root extends his lead at the top of the Test batting rankings after his match-sealing hundred at Edgbaston, while Jonny Bairstow’s back-to-back tons move him into the top 10… but Virat Kohli slips to 13th as his slump in form continues

Joe Root’s brilliant, match-sealing Edgbaston hundred has seen him increase his lead at the top of the world Test batting rankings.

On the back of his unbeaten 142, his 28th Test hundred, the 31-year-old former England captain has moved to a career-high 923 points, 44 ahead of Australia’s Marnus Labuschagne, the nearest challenger on a list that also includes India’s Rishabh Pant in fifth.

Jonny Bairstow is also into the top 10 after taking his hundred tally for 2022 to six from eight appearances via scores of 106 and 114 not out. 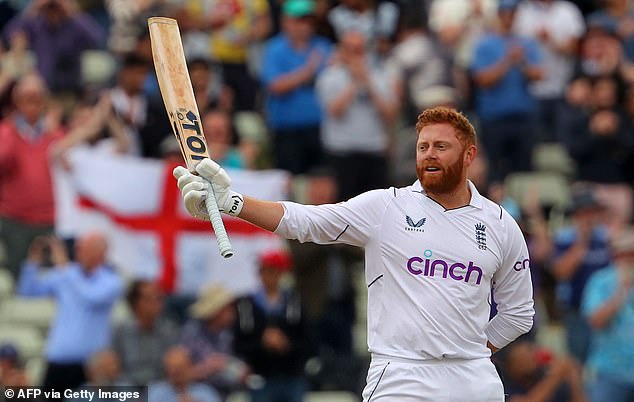 Jonny Bairstow also hit two centuries in the match, and has now moved into the top 10

Bairstow, 32, shared an incredible, unbroken stand of 269 with fellow Yorkshireman Root to guide England to victory in Birmingham and square a series suspended last September, officially due to India’s Covid concerns.

He is now three places shy of his best-ever position in the rankings while Pant, who scored 31% of India’s runs in the match courtesy of an outlandish 146 in the first innings and 57 in the second, has not been in the top five before.

There was less positive news for Virat Kohli, who has dropped to 13th in the latest rankings after falling cheaply twice at Edgbaston.

The former India captain could only manage 11 and 20 in his two innings, and is still without an international hundred since November 2019.

Meanwhile, Jimmy Anderson – who will be 40 when he plays his next Test – moved up a place to sixth in the bowling rankings after claiming the 32nd five-wicket haul of his 19-year career. 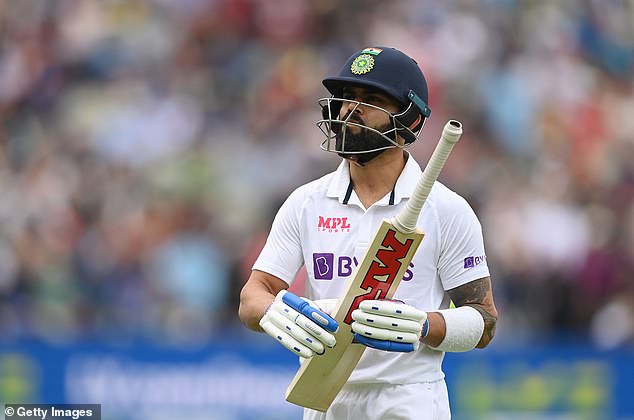 Virat Kohli struggled in the match with the bat, and he is now down to 13th in the rankings