A new special set to air later this year will show viewers never-before-seen footage from the wedding of John F Kennedy Jr and Carolyn Bessette.

The special was first announced back in 2018 and was recently acquired by Cineflix.

It features footage shot by Kennedy’s friend during his 1996 wedding to Bessette on Cumberland Island in Georgia.

‘On an island off of Georgia we came together on this 18th century plantation. In this dirty, dilapidated, shuttered church next to a pig sty,’ says a friend of the couple in the preview.

‘No air conditioning, very little power on the island. It was the best place for them to host a secret ceremony.’

He later notes: ‘Nobody would have expected that three years later we’d be at another church for another reason.’

Happy times: Video shows the two cutting their wedding cake, kissing and sharing their first dance at the secret ceremony 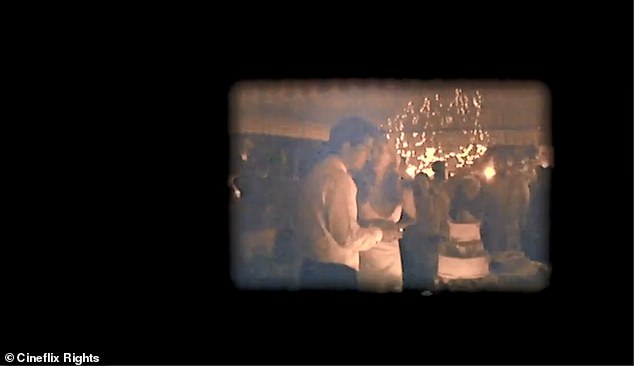 Ideal: ‘No air conditioning, very little power on the island. It was the best place for them to host a secret ceremony,’ says a friend of the location in Georgia

Gillion is not the first friend of Kennedy to break his silence about the tragic death of the former first son.

In a 2017 interview with People, John Jr.’s former assistant RoseMarie Terenzino said that Carolyn kept the world’s most eligible bachelor waiting for weeks before finally agreeing to walk down the aisle.

‘He went into this thing about how everything’s better with a partner, not just fishing but life,’ said Terenzino.

Carolyn was not so certain however, and found the fame that would come with marrying John Jr. daunting and scary.

‘She held off the proposal for about three weeks. I think it made him all the more intent on marrying her,’ said Terenzino.

The two eventually wed the following year, but it was a brief marriage that was cut short after just three years when they were killed in a plane crash en route to the very same island where John Jr. first popped the question.

Carolyn’s trepidation about marrying John Jr. may have also had to do with her strained relationship with the only living member of his family, his sister Caroline.

‘They had different lifestyles,’ said a source.

Caroline did however throw a party in the couple’s honor shortly after their nuptials, which were held on Cumberland Island off the coast of Georgia.

The most difficult part of being a Kennedy for Carolyn was the paparazzi however, and she never grew uncomfortable with the constant photographs.

Her husband’s response was that she should just act like his late mother Jackie said one source, and give them one smile before going back about her business.

‘I hate those bastards,’ said Carolyn.

The newlyweds were still however very much in love. 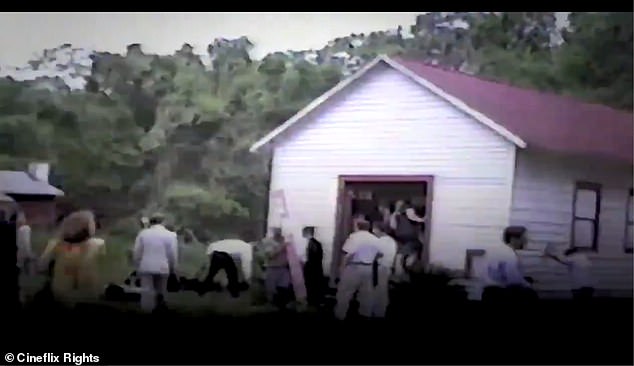 ‘To say their relationship was on the rocks is just inaccurate,’ said Carole Radziwill, who was married to John Jr.’s best friend and cousin Anthony.

There was however some difficult times, admitted Carole, due in part to Anthony’s battle with cancer.

‘Anthony’s impending death was a strain on the marriage, no doubt,’ said Carole.

The ‘Real Housewives of New York’ star and author also noted: ‘They loved each other – Carolyn was quite a lovable person.

‘She was clever, she was naughty, and she had the balance of being able to be really serious and deep yet funny.’

Carole later added: ‘I still miss her after all these years.’

John had taken off from Essex County Airport in Fairfield, New Jersey, at 8.39pm on July 16, 1999 bound for the airfield in Martha’s Vineyard en route to the wedding of his cousin Rory.

He never made it to the family gathering.

The air traffic controller at the island airport alerted the regional FAA office in Connecticut just after 10pm when the plane had failed to arrive.

In the end, it was the conditions that evening which are believed to have caused the tragedy which took three lives.

Three days later, parts of the plane were detected on the ocean floor.

On July 21, five days after the plane went missing, the three bodies were found and removed from the underwater wreckage. 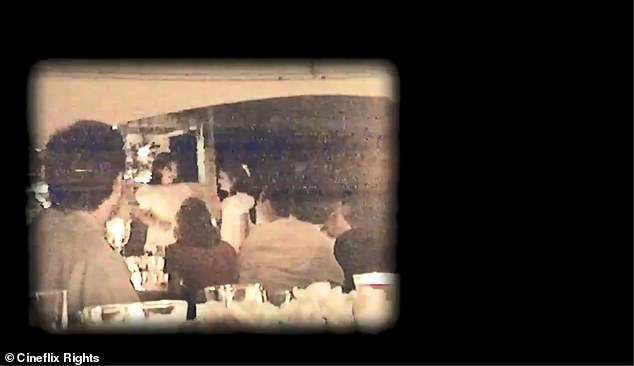 The ashes of John, 38, his wife Carolyn, 33, and his sister-in-law Lauren, 34, were scattered at sea on July 22 just off of Martha’s Vineyard by friends and family, including Radziwill.

John Jr. made the decision prior to his death to have his ashes be scattered at sea rather than be buried alongside his father, mother, sister Arabella and brother Patrick at Arlington National Cemetery.

One month after the crash, Anthony died of cancer. He passed away just two weeks shy of his five-year anniversary.

It was Carole who first realized what had happened to her two friends.

She appeared on the HLN docu-series ‘How It Really Happened with Hill Harped’ in an episode entitled ‘JFK Jr.’s Tragic Final Flight’ earlier this year to take about that day.

In the two-hour retrospective, she detailed her final conversation with Carolyn as well as how she went about trying to locate the couple when she learned their plane had never made it to Martha’s Vineyard after taking off from new Jersey.

Anthony was in his final days after a decade-long battle with cancer at the time, and the trip was expected to be one of the last occasions the cousins would be able to see one another.

‘Carolyn called me from the plane right before they were taking off. And I think it was probably a little bit after 8 o’clock,’ said Radziwill of her conversation with Bessette earlier that evening.

‘I don’t remember anything really important from that conversation, I didn’t certainly think it would be the last time I would speak to my friend.’

She then added: ‘I remember at the end she said, you know, “I love you.” And, I don’t know, for some reason I didn’t say I love you back and that always stuck with me. And she said ‘I’ll call you when I land.’ And then that was the last I ever heard from her or anyone.’

With the festivities set to get underway on Saturday, Radziwill got a call the night before when John and his wife failed to make an appearance on the island.

‘The phone rang at midnight, and I got just this sick feeling in my stomach, and it was John’s friend Pinky, and he said, you know, “Are they there with you? I’m at the airport and they’re not here,”‘ recalled Radziwill.

In the end, there was nothing she could do to help.

‘And the whole time I’m calling John’s friend and screaming into the phone, “Please, you have to find somebody in John’s family, to tell, tell them what’s going on.”‘

Radziwill’s calls were not getting her anywhere however, and she soon started to realize that authorities would have to be notified about the two, who had been flying with Bessette’s sister Lauren.

‘It was probably between 2 or 3 when I realized I had to call the Coast Guard and report John’s plane missing,’ revealed Radziwill.

‘I said, “My cousin’s missing.” And, and then he took the name, and I think there was a little bit of a, like, a gasp on the other end of the phone.’

In the People interview, she reveals that she also spoke to John Jr.’s uncle Ted.

‘He said, “Let’s take it step-by-step.’ He had the same tone that I had three hours earlier,’ said Carole.

‘I felt envious of him at that moment, because he was at the beginning, when you could still believe things would end differently.’