John Krasinski surprised moviegoers when he arrived at an advance screening of A Quiet Place Part II on Saturday night.

The actor-director, 41, made a special appearance at the Cinemark at Valley View in Cleveland, Ohio, and chatted with his fans after the end of the soon-to-be-released horror film.

Krasinski has been traveling around the country promoting the forthcoming feature, which is set to be released later this week.

Showing up: John Krasinski surprised a group of moviegoers in Cleveland after the end of an advance screening of the upcoming feature A Quiet Place Part II on Saturday night

Krasinski was dressed in a white-and-blue striped button-up shirt that remained tucked into a pair of navy pants during the event.

The longtime cast member of The Office also appeared to be enjoying his time with the film’s fans as he took a few snaps with several audience members following the feature’s end.

He also shared a video that was taken during the event to his Instagram account, where he expressed contentment with the fact that he was ‘all dressed up with somewhere to go.’

Prior to his surprise appearance in Ohio, the actor made a similar visit to a theater in Miami to promote the soon-to-be-released movie. 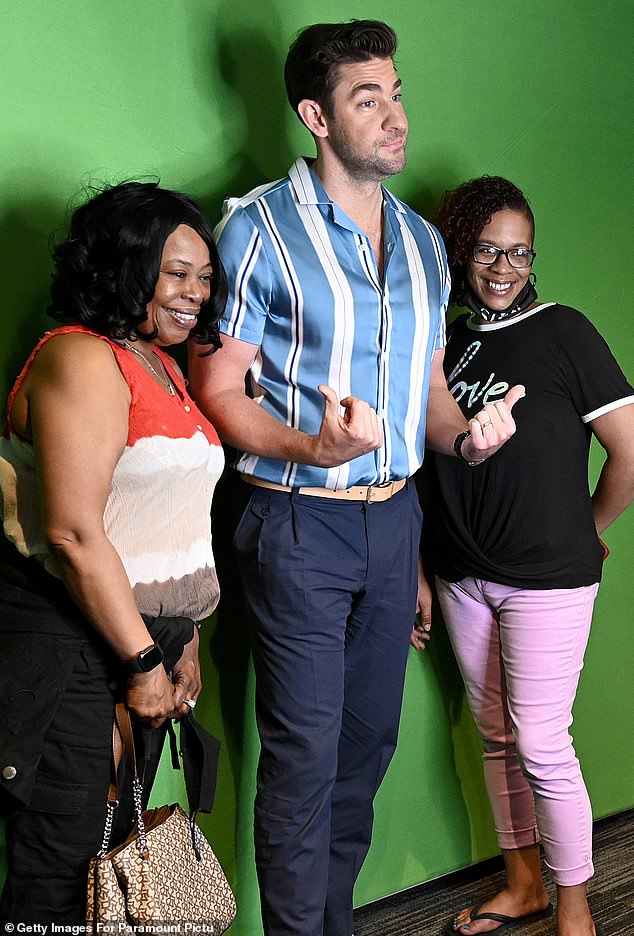 Making the rounds: The actor-director has been traveling around the country in order to promote his soon-to-be-released film 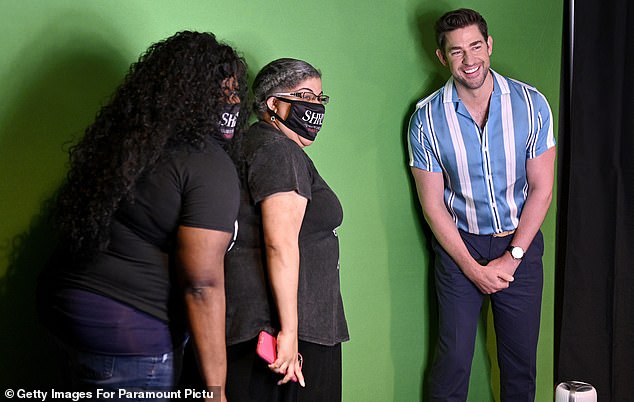 Second in a row: Krasinski previously made a surprise appearance at a theater in Miami to thank his fans for showing their support

Development on A Quiet Place Part II began shortly after the original film’s 2018 release when Krasinski began coming up with ideas for a sequel.

The actor went on to write the screenplay for the feature by himself after having co-written the first film with Bryan Woods and Scott Beck.

The original film received much critical attention for its usage of American Sign Language during much of its runtime.

In February of 2019, the performer was confirmed to fill the director’s chair for a second time, and several cast members from A Quiet Place, including his wife, Emily Blunt, expressed that they would be returning to their roles.

That same year, it was reported that Cillian Murphy and Bryan Tyree Henry had joined the film’s cast, although the latter was eventually replaced by Djimon Honsou. 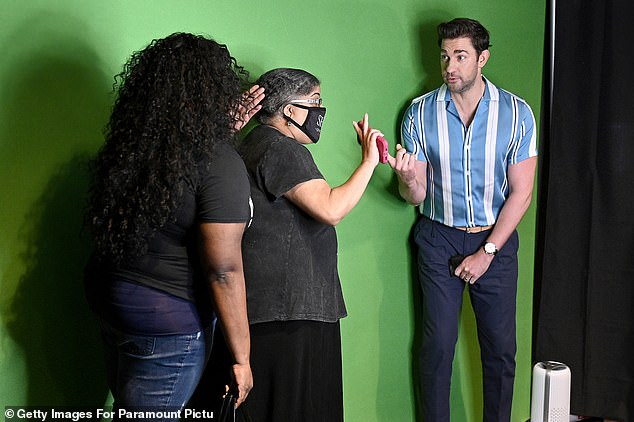 Rapid turnaround: Development on a sequel to 2018’s A Quiet Place began just months after its initial premiere

A Quiet Place Part II follows the Abbott family as they attempt to navigate a post-apocalyptic world inhabited by sound-sensitive aliens following the death of their patriarch in the original feature.

Krasinski also briefly reprises his role as Lee Abbott in a flashback sequence.

Shooting began in June of 2019 at various locations in Upstate New York before production wrapped that September.

Paramount Pictures released an official trailer for the film on the first day of 2020, and it had its official premiere at the Lincoln Center in New York City in March of that year.

The movie received positive critical reception, with many viewers applauding the well-written script and performances of its cast. 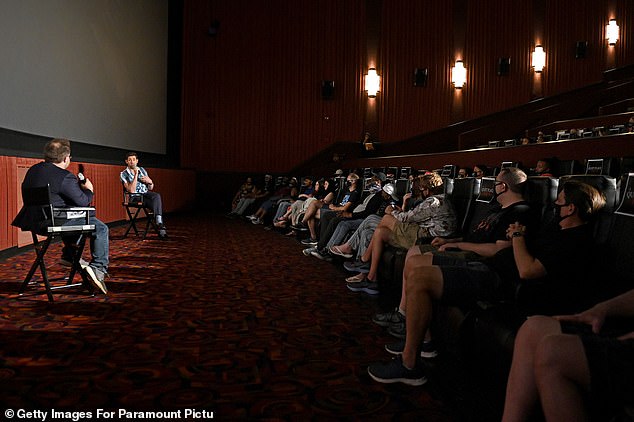 Starting strong: A Quiet Place Part II had its original premiere in March of last year and the film was met with positive critical reception

The studio began heavily marketing the project ahead of its then-planned wide release date, although the studio chose to postpone the feature’s release until September due to the onset of the global pandemic.

A Quiet Place Part II was pushed back several times until it was eventually decided that it would premiere on May 28th.

The feature will also be made available for streaming on the Paramount+ service 45 days after its wide release.

Last year, it was revealed that Krasinski was collaborating on a spinoff with filmmaker Jeff Nichols that would be connected to the events of the original films.

Neither plot details nor a potential release date for the upcoming feature have been made known to the public as of yet. 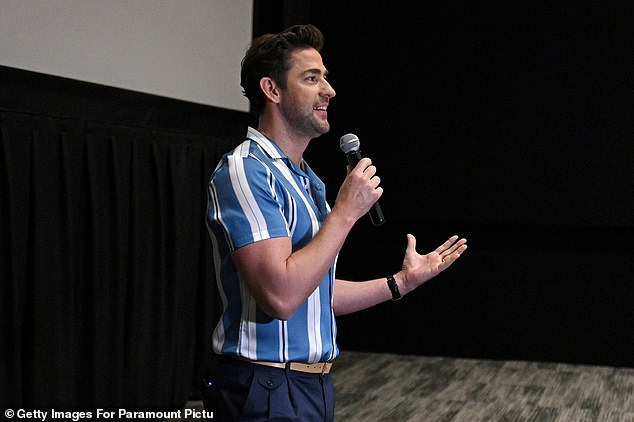 Worth the wait: The film’s release date was delayed several times as a response to the onset of the global pandemic, and it is currently set to make its debut on May 28th