Boris Johnson and Carrie Symonds appear to be well underway in their efforts to set up their new home in Downing Street.

Deliveries from John Lewis were pictured arriving at No 10 today two days after the new Prime Minister officially moved in.

Mr Johnson, 55, and his partner, 31, are living in the larger four-bedroom flat at No 11 Downing Street instead of the official residence at No 10.

The prime minister moved in on Monday while Miss Symonds stayed there for the first time last night alone while he was in Northern Ireland.

It is currently unknown whether the delivery was for Mr Johnson, Miss Symonds or new Chancellor Sajid Javid, although Mr Javid is expected to continue living at his family home in Fulham.

A trolley full of parcels was pictured being carried through the front doors of No 10 this morning including what appeared to be glassware, according to markings on the cardboard boxes.

A spokesman for No 10 refused to comment on the delivery and why it was taken through the front door, adding it was a ‘personal matter’. 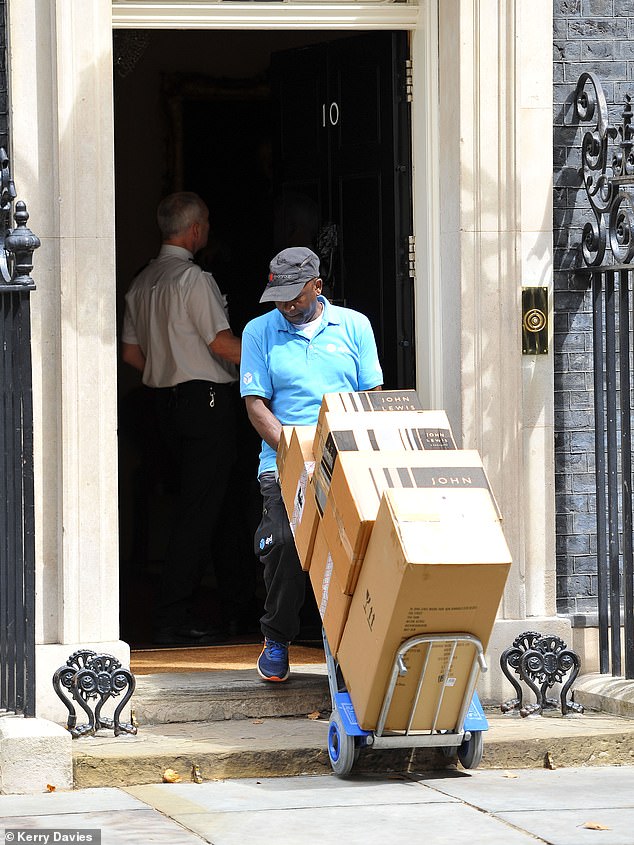 The couple have moved into the large four-bedroom flat above No. 11 rather than the official residence at No 10 and will furnish it ‘at no additional cost to the taxpayer’. Boxes labelled John Lewis were seen being carried in today, suggesting the couple may be furnishing their new home

Mr Johnson’s spokesperson has confirmed they will furnish the flat with their own money and Miss Symonds will live there ‘without any additional cost to the taxpayer’.

They have set themselves up in the spacious four-bedroom apartment previously lived in by ex-chancellor Philip Hammond and his family, who left last week.

The couple moved in on Monday and No. 10 confirmed Miss Symonds was living with him. 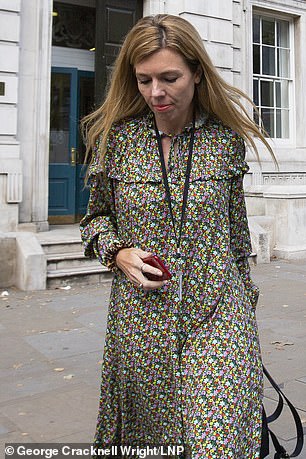 Miss Symonds, pictured in Westminster on Monday, will also live at the flat at no extra cost to the taxpayer, a No. 10 spokesman said

It is believed that Mr Johnson will be re-furnishing the flat out of his own pocket, with the deputy spokeswoman saying: ‘There will not be any additional cost to the taxpayer.’

Ms Symonds, a former Tory spin doctor, will not have any publicly-funded staff working for her, No 10 said.

The spokeswoman said: ‘In relation to her living at No 10 there won’t be any additional cost to the taxpayer.’

They are the first unmarried couple to officially live in No 10.

Mr Johnson and Mr Symonds had been living together at her flat in Camberwell, south London, until a well-publicised row recorded by neighbours last month.

The four-bedroom apartment above the finance minister’s office has been home to PMs and their families since 1997, when Tony and Cherie Blair chose it over the two-bedroom flat above the more famous black door.

But while the Blairs (like the Camerons) had a young family, Boris, whose children are grown up, will share the spacious living quarters with only Ms Symonds, 31. 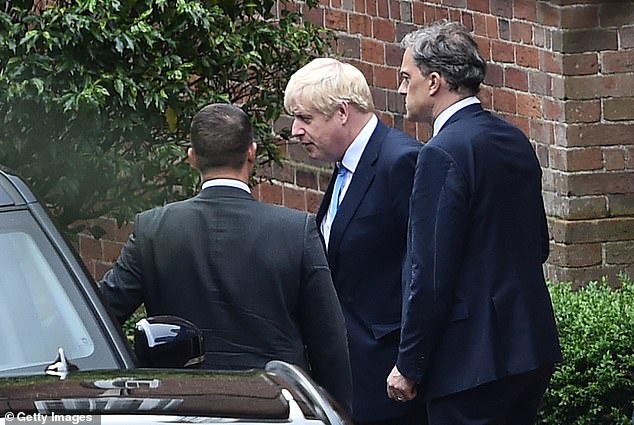 Mr Johnson, pictured in Belfast today where he is meeting Northern Irish officials, and Miss Symonds are the first unmarried couple to live together in Downing Street

Mr Javid by contrast has a wife and small children, who may struggle to squeeze into the two-bedroom apartment above his new HQ.

It is believed however that they will stay at the large family home in Fulham which features added security since he was made home secretary last year.

Earlier this month Mr Johnson and his partner bought a £1.3million Victorian semi-detached home in Camberwell, south London, not far from her previous flat.