He’s used to mixing with the Hollywood elite on the red carpets of glitzy premieres.

But Keanu Reeves, 56, went for a wholly more dressed-down look as he enjoyed a day out in Berlin, Germany on Thursday.

The Matrix star is in town to film upcoming movie John Wick 4 and he looked relaxed in casual attire as he gave onlookers a wave before heading to Babelsberg Film Studio, located in Potsdam-Babelsberg.

Keeping it casual: Keaunu Reeves, 56, cheerfully waved as he stepped out in Berlin, Germany on Thursday where he is filming upcoming movie John Wick 4

Keanu wore a black leather jacket which he had zipped right up to keep warm in the cool spring weather and had a spoon in his breast pocket.

He wore a black and grey beanie and paired the ensemble with moss green cords.

Looking as though he was ready for a big day out, he carried what appeared to be breakfast oats in a plastic box and clutched a shake. 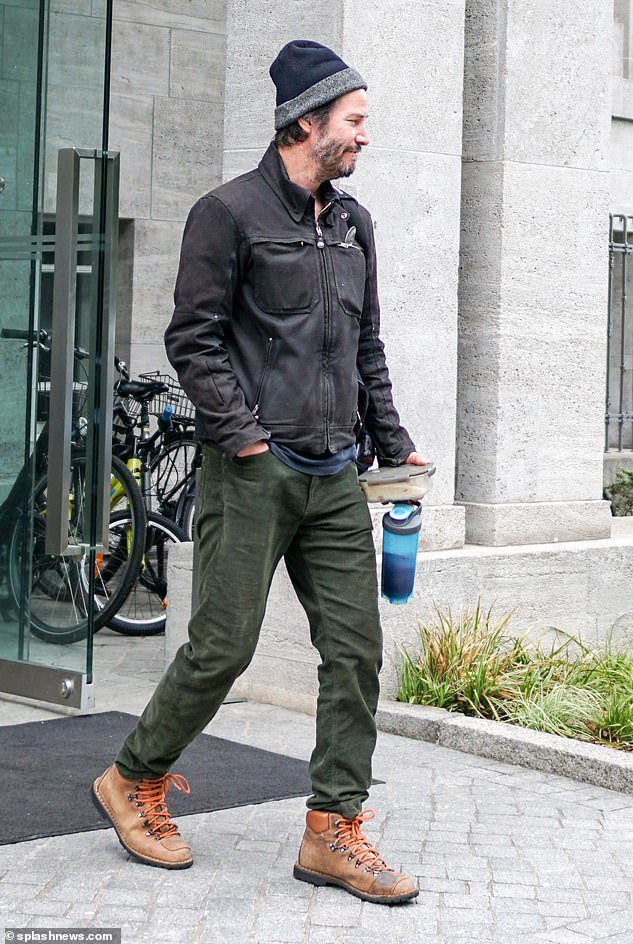 These boots are made for walking: The Matrix star looked casual in leather and corduroys while he wore brown boots on his feet to head to the Babelsberg Film Studio

Hollywood heavyweight Keanu is in Berlin to film John Wick 4, in which he plays the character of the same name.

Work on the next installment of the action thriller franchise began shortly after the release of its third film, John Wick: Chapter 3 – Parabellum, in May of 2019.

In April of last year, series director Chad Stahelski spoke to Collider and noted that the project’s creative team had set their bar much higher for the upcoming film from its inception. 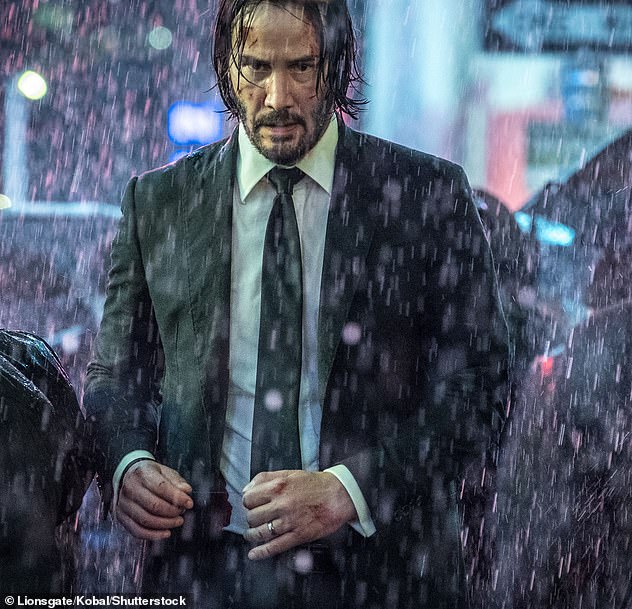 Hollywood heavyweight: Keanu stars as John Wick in the action-thriller franchise of the same name (pictured in the third film in 2019)

‘We submitted an idea or thematic [plan] and it was really big. So, we’re talking about doing a little bit more than a [John Wick 4], or something like that, and trying to develop that,’ he said.

The filmmaker also expressed that the development team had a relatively fleshed-out story in mind for the forthcoming feature and that they were glad to have a roadmap of sorts.

Production for the fourth entry in the franchise will take place in Berlin and Paris. 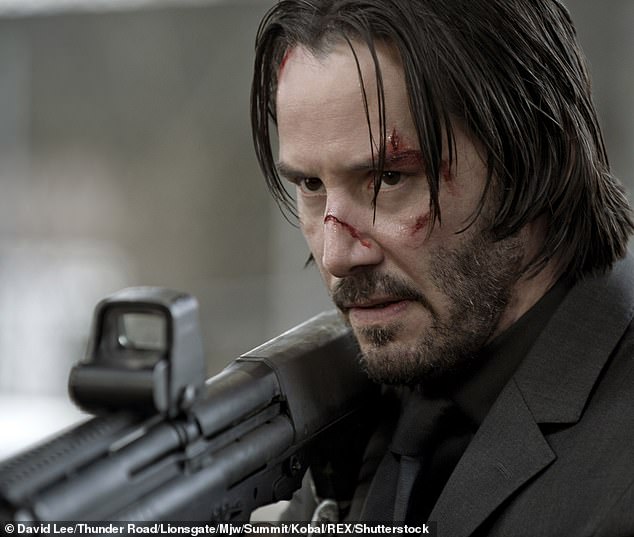 The crew behind the film originally intended to shoot back-to-back for another John Wick feature, although this idea was later shot down, leaving the possibility of a fifth movie in limbo.

The fourth entry in the action franchise was originally scheduled to make its debut sometime this year, although the onset of the global pandemic forced the release date to be pushed back to May 27th, 2022.