The chef behind one of the best pizzas in the world reveals his insider secrets to making restaurant quality pizza at home, and it can be done for as little as $5.

Johnny Di Francesco went from working in local pizzerias at age 12 so he could afford a pair of Nikes, to running a chain of award winning pizza restaurants in Melbourne.

The Neapolitan pizza in his restaurant 400 Gradi recently ranked sixth place in the official 50 Top Pizzas in the World.

The 45-year-old dad-of-three revealed exactly how to make his award-winning pizza at-home, and the common pizza mistakes you should never make.

Johnny Di Francesco (pictured) is the founder of award-winning pizza restaurant 400 Gradi, which was recently given the title of sixth best pizza in the world 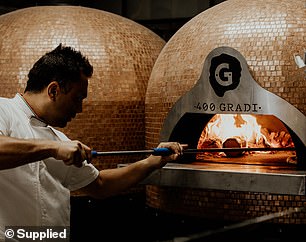 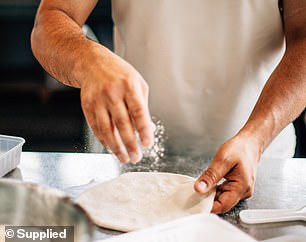 The chef reveals exactly how to make his multiple award-winning pizza and what ingredients to use. He also shares the five things pizza chefs should never do

The chef opened his first pizza restaurant in Melbourne when he was 19 years old, after years of working in local pizzerias.

‘It all started because I wanted to buy myself a pair of Nike runners,’ he laughed.

Speaking to FEMAIL, Johnny explained that his parents immigrated to Australia in the 1960s from Naples, the home of Neapolitan pizza.

Despite this advantage, they had no idea how to cook pizza and Johnny learned through his teenage jobs. 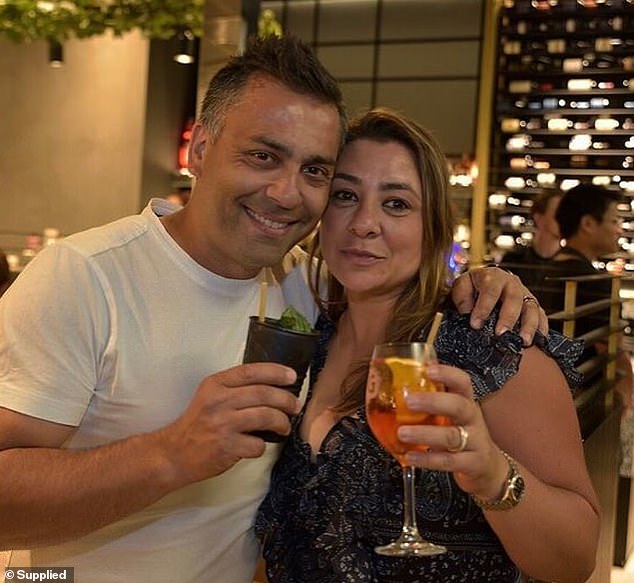 The chef draws on his Italian heritage to bring his creations to life authentically.

His Guinness world record breaking pizza is now so popular he has seven Australian restaurant locations and one in America.

The chef spilled the method and tricks he uses to make his award-winning pizza at home.

‘Making a perfect pizza at home isn’t that difficult at all,’ he said.

Johnny said you don’t need many ingredients but they must be of the ‘highest quality’ however, even with the best ingredients pizza should only cost between $5 and $7 to make. 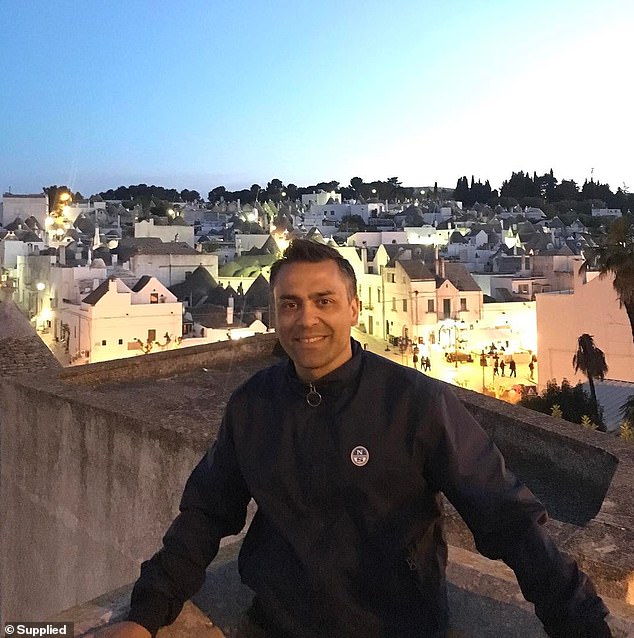 Johnny use traditional Italian techniques to make his Neapolitan pizza, inspired by his Italian heritage. He often visits Naples, the homeplace of his parents (pictured in Naples)

1. Always use the highest-quality ingredients you can find.

2. Use your hands to stretch your dough, never use a rolling pin as it destroys it.

3. Don’t blend tomato sauce as it causes the bitter tomato seeds to ruin the flavour of the sauce. Crush the tomatoes with your hand or a fork instead.

4. Less is more when it comes to toppings. Choose high quality toppings that compliment each other.

5. If you don’t have a pizza oven, cook the pizza on as high a heat as possible on a pre-heated pizza stone.

Neapolitan pizza must adhere to strict guidelines to be considered authentic, 400 Gradi was the first Australian pizza chain to be certified by the True Neapolitan Pizza Association.

Every good Neapolitan pizza begins with a strong dough.

To make the dough, Johnny advised using ‘really high grade flour’ such as ‘Le 5 Stagioni’ and only adding water, salt and yeast. 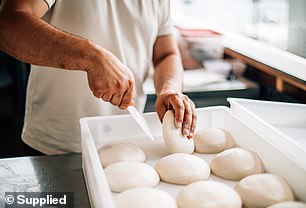 A little-known chef secret is that you should never use a rolling pin as it ‘destroys the dough’ instead the dough should always be stretched.

‘It’s all in the process, really good dough takes time. It needs 24 hours to mature,’ he explained.

The chef said this doesn’t have to be difficult, just make your dough the night before.

He said the same rules apply for topping the pizza, the highest grade ingredients must be used for the best results.

The chefs go-to ingredients are San Marzano tomato and either fior di latte or buffalo mozzarella. 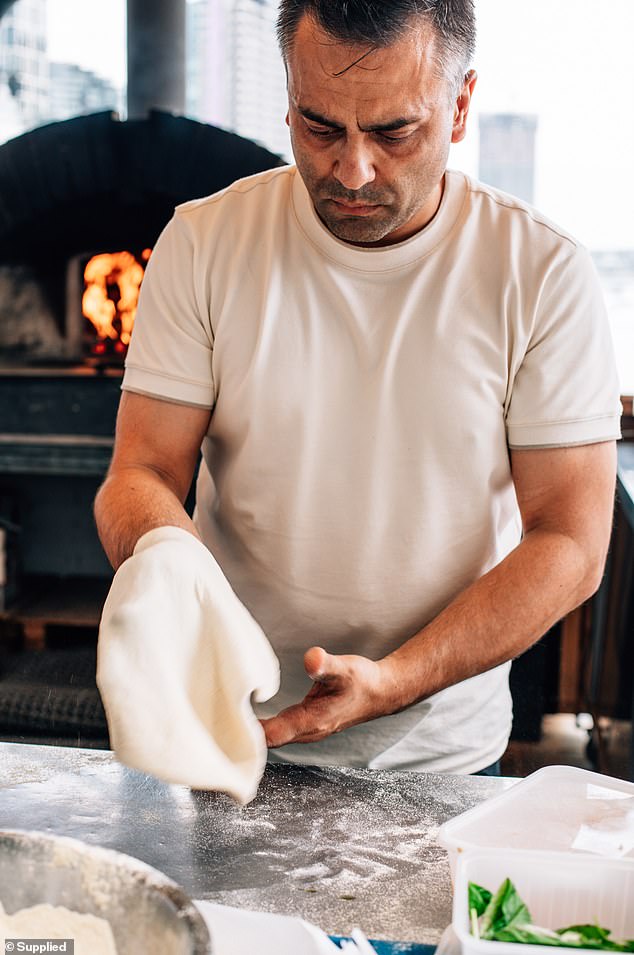 The chef warned that rolling pizza dough ruins it, instead it should always be hand-stretched

5 things you should never do when making pizza:

1. Don’t use dough that hasn’t been left to prove for 24 hours

2. Don’t roll your dough with a rolling pin

4. Don’t cook pizza sauce before putting it on the pizza

5. Don’t use cheap ingredients or processed toppings like canned pineapple

To make his pizza sauce Johnny only uses tinned whole San Marzano tomato and a pinch of sea salt.

‘If you’re using high quality tomato like San Marzano, you don’t have to do much,’ he explained. 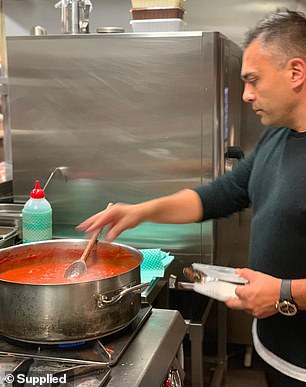 The warns the one thing you should never do when making sauce is blend the tomato as it causes the bitter seeds to burst, instead he recommends crushing the tomato with your hands or a fork.

‘Less is more’ is his golden rule for pizza toppings.

‘It’s not about packing the pizza on with lots of toppings, it’s about using the best ingredients and balancing them really well.’

400 Gradi previously took the title for best pizza in the world for their margherita pizza, and Johnny admits the flavour is his favourite.

‘People have their own taste, top your pizza with what your love but just make sure to use the best quality,’ he reiterated.

For many pizza aficionados toppings such as pineapple are considered a crime, however Johnny said if you’re going to do it just make sure to use fresh pineapple rather than canned.

‘Honestly I wouldn’t put pineapple on my pizza, but everyone has their own taste. I believe toppings are a personal taste.’ 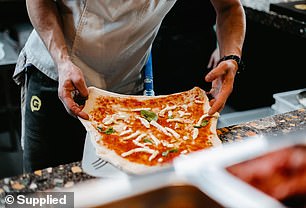 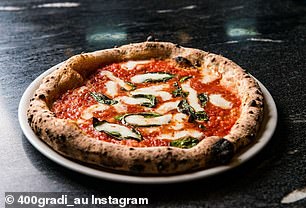 The chef said ‘less is more’ when it comes to pizza toppings. His favourite combination is margherita using buffalo mozzarella. The margherita made at 400 Gradi has won several awards, including best pizza in the world and a Guinness world record

Many home-chefs fall down at the final hurdle when they’re making pizza, cooking the dish can be difficult without a pizza oven as it’s hard to get the desired crispy base.

Johnny said if you don’t have a pizza oven, cook the pizza on as high a heat as possible in the oven for 10-15 minutes.

He also recommends buying a pizza stone and pre-heating it before use.

Pizza stones are a budget friendly alternative to a pizza oven, they mimic the effects of the oven by making sure the base of the dish is crispy.

How to make one of the best pizzas in the world:

1. Make your dough using high-quality Italian flour such as ‘Le 5 Stagioni’, and  water, salt and yeast.

2. Leave the dough to prove overnight, then hand stretch it into shape the next day.

3. Using a fork or your hands, crush tinned whole plum San Marzano tomato and add a pinch of sea salt to make the sauce.

4. Cover the top of the pizza in a layer of sauce then add your choice of toppings.

5. Use high-quality toppings like fior di latte or buffalo mozzarella. Don’t add too many.

6. Pre-heat a pizza stone in your oven then place the pizza on top and cook it at the highest possible heat for 10-15 minutes.

7. Top the pizza with fresh basil and some extra virgin olive oil.