Andrew Johns’ reported feud with Erin Molan originates back to when the TV personality replaced Paul Vautin on The Footy Show, it has been claimed.

The rugby league Immortal has been noticeably absent on Channel Nine’s Friday night football commentary team, amid reports Johns could no longer work with Molan.

An industry insider told The Daily Telegraph Johns doesn’t get along with Molan, who is well-liked by other Channel Nine broadcasters.

‘Joey has never been a fan of Erin, which isn’t fair because she works her a**e off…  The whole Footy Show thing, with Fatty being booted, that is where it started to go sour,’ the source told the paper.

Andrew Johns’ reported feud with Erin Molan originates back to when the TV personality replaced Paul Vautin on The Footy Show, it has been claimed 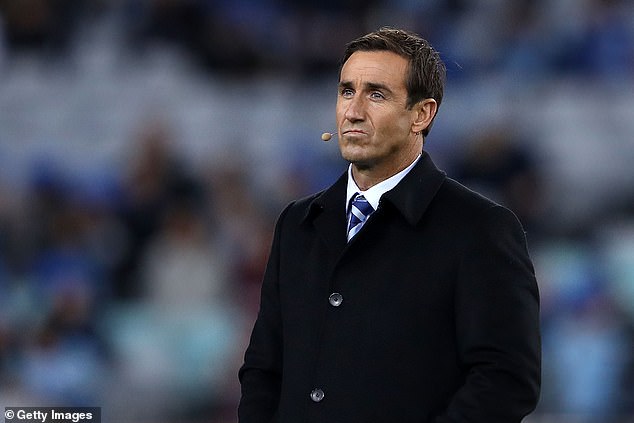 The rugby league Immortal has been noticeably absent on Channel Nine’s Friday night football commentary team, amid reports Johns could no longer work with Molan

Johns removed himself from The Footy Show panel around the same time Vautin was replaced by Molan in 2018.

Johns, Molan, and Channel Nine have all denied that a feud exists.

Molan told the Daily Telegraph: ‘Joey is an Immortal, a terrific broadcaster, and someone whom I respect greatly.’

But the source said the pair never clicked when working together.

‘Joey is there for his knowledge of the game and his analysis. If he doesn’t want to work with someone, he just won’t talk to them, which obviously makes it hard,’ the source said.

‘Erin is very professional and can work with anyone. She rehearses and is very well prepared but isn’t a rugby league great.’

Channel Nine confirmed that both Johns and Molan will play a role in the network’s Grand Final broadcast on Sunday.

Channel Nine’s director of sport Tom Malone shut down reports of a rumoured rift, claiming it ‘wasn’t a story.’

‘As this is a nonsense story, we won’t be commenting,’ a spokesman said.

Molan has been slammed online by furious fans over the reports of a rift. She thanked fellow reporter Riana Crehan who tweeting that the online abuse she received was ‘disgusting’. 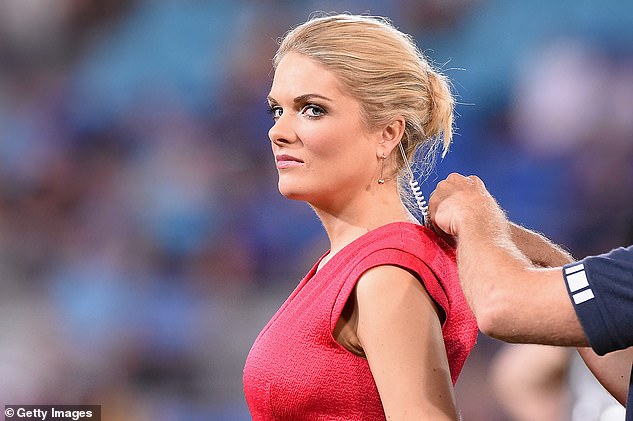 Johns, Molan (pictured) and Channel Nine have denied that a feud exists 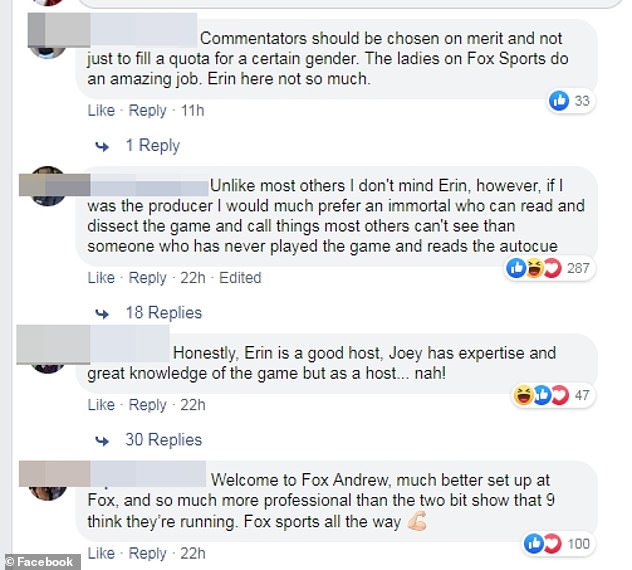 Many fans made it clear they would rather see Johns in the commentary box.

‘I don’t mind Erin, however, if I was the producer I would much prefer an immortal who can read and dissect the game and call things most others can’t see than someone who has never played the game and reads the autocue,’ a fan posted on Facebook.

Another added:  ‘So Chanel 9 are going to let an immortal who has played the game and knows what he’s talking about walk away and let someone that no one can stand stay?’

Meanwhile, Johns was inundated with support as fans urged him to jump ship to Fox Sports and join brother Matt.

‘Wouldn’t waste your breath go join your brother on Fox Sports. Channel 9 are going backwards. If it wasn’t for Ray Warren the coverage would be a waste of time,’ wrote one man.

Another added: ‘Can you blame him? A girl from the Coast with minimum to no knowledge about the game, as well as zero charisma and form as a sports coverage host, gets put up on a pedestal by Channel 9. Why is it necessary to have her on the coverage?’

There was some support for Molan.

‘Wow didn’t realise so many misogynist people on here. I didn’t realise you cannot feature on male sport without playing the game even though you have completed a university degree in journalism. How dare she have an opinion or ask footballers question. It’s 2019 for God sakes,’ one supporter posted.

Another added: ‘Let’s face it… Erin is an expert of the game, a true professional.’ 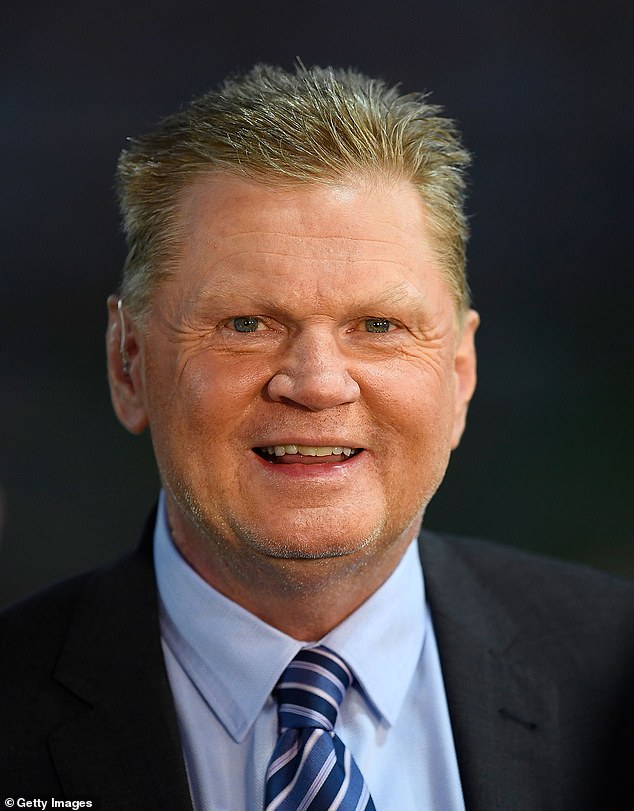