‘To beat one of the all time greats is the best feeling of my life’: Jon Rahm reduced to tears after beating Tiger Woods in singles match to put Europe on the brink of Ryder Cup glory

Jon Rahm struggled to contain himself after beating Tiger Woods in his singles match on Sunday afternoon to put Team Europe on the brink of winning the Ryder Cup.

The Spaniard kept his cool to sink a putt on the 17th hole to take a close two and one victory and give Europe a 12½ – 9½ lead over the US.

It was nip-and-tuck but Rahm never conceded the lead against Woods and managed to always kept the American at bay, who for the first time in the tournament appeared to be pumped up after putting a birdie at the par four 12th to level. 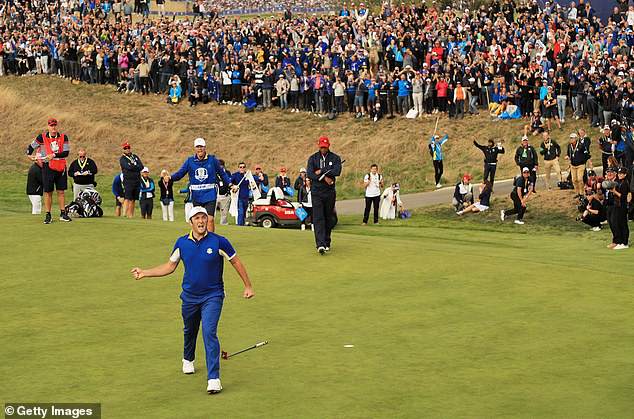 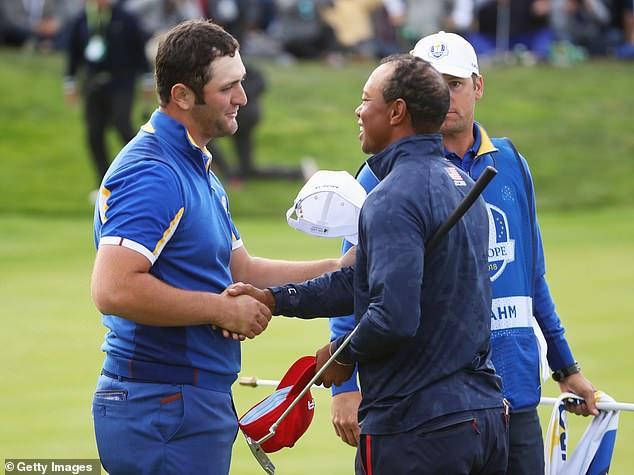 He said after: ‘To beat one of the all time greats, at a pivotal point, is the best feeling of my life’

However, Rahm remained calm to claim a vital point to put Europe on the verge of winning the tournament and cap off a miserable week in Paris for Woods.

After the victory Rahm said: ‘There is a lot going on for me right now – the memory of Seve (Ballesteros) and my grandpa, who would have loved to be here, who passed away at the USPGA.

‘To beat Tiger, one of the all time greats, if not the greatest, on the Sunday, at a pivotal point, it is the best feeling of my life.

‘Apart from what happened (missing a short putt at 16), I was one up going down 17. All the pressure was on Tiger. It was a really good redemption feeling to make that putt after 16.’ 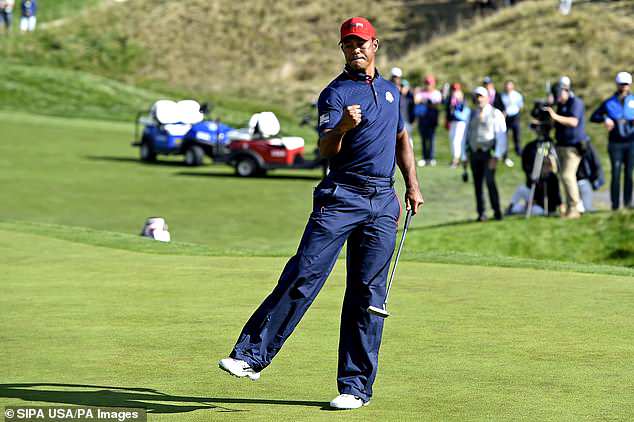 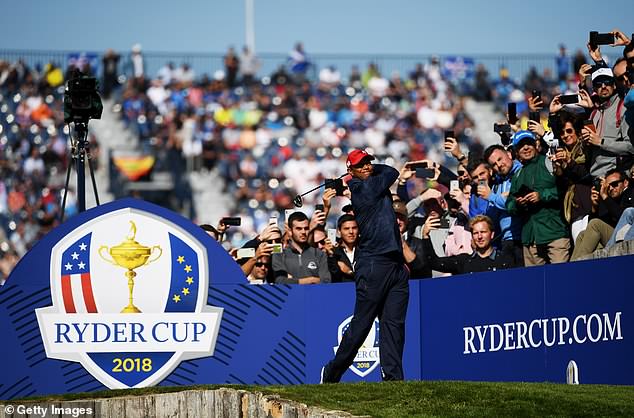 When Rahm missed a three-footer for par on the 16th, his advantage over Woods was just one with two holes to play.

The Spaniard responded by smashing a 356-yard drive down the 17th and hitting his approach to four feet and when Woods did not hole from the front of the green, a Rahm birdie sparked wild celebrations from the rookie.

It meant Woods failed to register a point from his four matches this week.